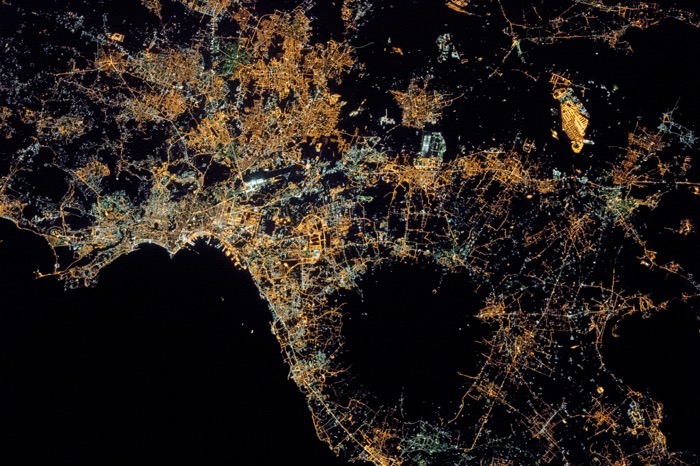 Earlier in the month, I wrote two posts on networks, and in the second gave the first public airing to one of the most important developments of the last few years namely Entangled Trios.  On either side of the link, you will see posts from my good friend Valdis Krebs.  This post is a response to those and to discussions that have gone on since, all of which are linked to the upcoming Exploratory which will examine the links between anthro-complexity and network sciences.  We will cover the nature and limitations of social network analysis. ideas of deliberative entanglement and the management of an understanding of networks in general.  This will include a discussion of the nature of social media and its future in both organisations and in wider society.  This is one of the most current and pertinent explorations we have run in recent years so if you have a chance take one of the few remaining places.   I was meant to write this blog at the start of the week to give people a chance to take advantage of the last few days of the early bird discount.  As I failed we have extended that to early next week.

As Validis states, neither of us was happy with the ethics or effectiveness of much of what goes by the name of social network analysis (SNA).  My response was to look at ways in which I could stimulate the formation of social networks using design principles.  Valdis developed a body of tools and methods to map larger volumes of available data rather than depending on rather dubious forms of questionnaire.  He also developed and has expanded in his posts and also a linked paper the idea of network weaving, a nice metaphor in its own right which includes the pragmatic concept of closing open triangles picking up on  Stu Kauffman’s ideas of the adjacent possible.   In network weaving that seeks to connect that which it is adjacent, but not yet connected.  Applied to technology that has a relationship to our use of exaptation, or radical repurposing although our focus is on identifying adjacency through abstraction over large volumes of data.

Valdis also points out the inevitability of homophily, namely the clustering of like with like and the dangers of that in social media and elsewhere are by now well known.    There is a need, as well as an opportunity to create connectivity to differences by moving out through two or three degrees of separation.  A question he raises that we will look at in the Exploratory is the degree to which the internet provides a similar function to mycorrhizal networks in forest soil.  I would raise a question as to whether the internet is symbiotic or parasitic, or capable of perversion to a form of parasitism.  There is another interesting metaphor here, namely the degree to which unbuffered linkage can too easily start to act like a retro-virus, subverting the DNA if its host.  In one of our preparation sessions for the Exploratory yesterday, we started to define an agenda item on biological metaphors so that idea will be developed.

Like Valdis I am not sure that ideas such as the grapevine or rumour-mill really apply in a hyper-connected and hyper-localised world.  To take a practical example, one person in the network of villages in the Kennet Valley where I live posted a highly negative statement about the local service station, implying that their perception of bad behaviour by one member of staff implied a lack of compliance with hygiene in general.   I jumped on that straight away as you could see the momentum starting to build with people jumping on the bandwagon suggesting bringing in the police and press, all before anyone had checked the facts.  My intervention meant a different trope started to develop; I buffered the system.  One of the wider questions for our society is what types of social, legal, and process buffering can and should we create?

So there is a lot in common, but also the differences go back to where I started this post.  My approach was to generate rather than to map, or if I did map to map at a very high level of abstraction.  Interestingly I did use SNA software but to map identity interactions, not those between individuals, and that is something we want to bring back into play in the open-source Method Wiki (watch for announcements).  But in general, our approach has been to Create a scaffolding and define interactions around which entanglement can occur rather than focusing on what has been made explicit through mapping.  Entangled trios exemplify this but also, in techniques like SNS we try and create a micro-context in which new homophillic groups are created between what would have been highly dissimilar elements – something I have termed coherent heterogeneity.  That means that to the normal divide between status and value-based homophily we can add task/context as an additional category.  Interestingly crews provide temporally contextual ‘homophilic’ temporalities in what might otherwise be considered a ‘heterophilic’ context.  I’ll leave you to think about that and the opportunities for intermingling values and status.

So there is a lot to explore between the two bodies of their and practice and I hope that readers will check the link and join the process.  There are also significant applications here in peace and conflict work.  As a note, I really couldn’t resist the title of this post ….

The banner picture I took last Sunday at Avebury and it shows a set of trees that are root and branch entangled.  It is known locally as The Tolkein Tree and is considered to be a source of inspiration for Old Man Willow in Lord of the Rings, we also have a lot of Barrow Mounds!   If you get closer you will also find the fungi as well as ribbons added by humans, the combination of trees often sees New Age for of worship.

In the banner picture I used a NASA image of my favorite city in Italy namely Naples, which is one of the most glorious examples of complexity I know, and you can see the black hole that is Vesuvius, the only active volcano in continental Europe.  The description on the NASA site I reproduce below and the use of colour is interesting in its own right.

“Crew aboard the International Space Station took this photograph of the city lights of Naples and the Campania region of southern Italy. The Naples region is one of the brightest in the country; roughly three million people live in and around this metropolitan area.

The different colors of lights in the scene reflect some of the history of development in the area. The green lights are mercury vapor bulbs, an older variety that has been replaced in newer developments by orange sodium bulbs (yellow-orange). To the northeast, the lightless gaps between the homes and businesses are agricultural fields. The bright yellow-orange complex amidst the fields is the CIS emporium, the largest commercial retail facility in Europe. The large black circular area in the photo is Mount Vesuvius, the only active volcano on Europe’s mainland.”

Looking back at the Acorn Study; Part 1: Introduction

This has been a year of experimentation in many things, including the report format. SenseMaker, ...

Warning note: This post is an introduction to a practical method and approach to handling ...