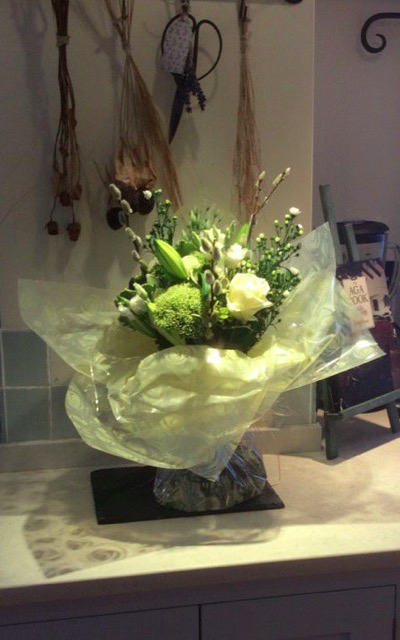 Wedding anniversary today and whilst I am away I did at least remember the flowers. The photograph was tweeted by Sheila with thanks so I got that right at least! Interesting to remember back 38 years to the Galgate Church (the Chaplaincy Centre at Lancaster was not licensed for weddings) and immediate family only only with Bernard and Judith as best man and maid of honour. We had a blow out party at the commune we both lived in a few weeks later for all the relatives and friends and overall the whole thing didn’t cost more than £500 is current day value, less than a £100 at the time. Saving money probably endeared me with a father in law who had not forgiven me for not formally asking for his daughter’s hand in marriage.

For many years walking in Snowdonia was a regular weekend activity. The drive through Ruthin ...

The weather forecast today did not bode well: rain/Sleet at low level and heavy snow ...