A new mode of explanation? 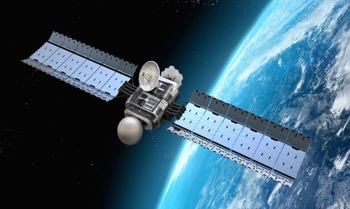 One of the illustrations given when I was at the session on Constructor Theory at Hay-on-Wye was the difference between a satellite and the moon. Both are constrained by the laws of physics but the energy cost of replication of the satellite is less. Now I may be playing fast and loose with Constructor Theory here, but bear with me while I work this through. Constructor theory describes itself as a “new mode of explanation” (by emphasis) and regards counter-factuals ( defined as ‘X is possible’ or ‘X is impossible’ which is not how the word counter-factual is normally used, but lets live with that for the moment) as “first-class, exact statements”. The claim is that this allows us to deal with systems that are “currently regarded as inherently approximative”; hence the attraction to anyone working with complexity.

If we take that basic idea then we have to ask three questions (possibly more but I’m thinking and sharing aloud here). Firstly how do we determine the counter-factual statements which we can use? Secondly, how to we determine the lowest energy cost? We also have to realise that in social systems which also involves a third question, namely how to we persuade people to act? Now I think over the years within Cognitive Edge we have worked a lot of this out, but we have more to do. So lets look at these at a high level. I’ll explore in more detail in future posts.

In respect of the counter-factual statements we have two separate aspects we need to explore. Firstly, and most importantly, we look at what we can say from a natural science perspective. So we know that humans make decisions based on pattern recognition with a partial data scan as input, we know that a complex system is dispositional not causal and so on. Those give us a base level. But then we have the more problematic aspects of what is possible based on social practice (as assemblage or trope based strange attractor for example). There we need to find a way to measure that objectively which is where narrative landscapes come into play, and I need to develop on Michael’s post in that link. I also sense (sic) that MassSense also gives us a method here and I’m working on some experiments there including an alternative type of Delphi technique.

The lowest energy cost is also linked to narrative landscapes, but also (in the spirit of fitness landscapes) issues of ease of transition between different states and we can also link catastrophe theory/phase shift in there. I am just mentioning this for the moment, but I will develop the theory and practice over the next few months as opportunities and time present themselves. I think we are only just touching the surface of what we can do with narrative landscapes at the moment.

To all of this I can add Cynefin contextualisation, Future Backwards, Ritual Dissent and a series of methods that with some modification and combination would allow us to do some work here. Watch this space ….

One response to “A new mode of explanation?”

I mentioned in yesterday’s post that I was starting to think about the range of ...

The recent White House Executive Order has given considerable credibility to behavioural economics and to ...