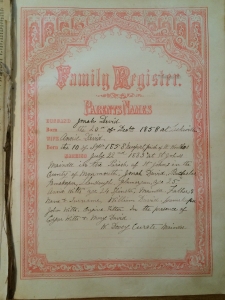 It’s odd how the past can come back and give you more depth or insight.  I discovered yesterday that we had a family bible, something that turned out to be unknown to most of the family.   My daughter brought it back from my sister’s house and she had it from my mother who must have had it from either my Nain (grandmother) or grandfather but we will never know that.   Most probably the former as the latter died before she completed her degree but you never know as they were very close.   An interesting story there in that she won a scholarship and the whole family including mother and sister were against her taking it up.  Fortunately one of her aunts persuaded her father that it was exactly what he had fought for all his life as a founding member of the Labour Party and the Co-Op.  Now as the first avowed atheist in the family it is even more ironic that this unknown artefact passed down to her. 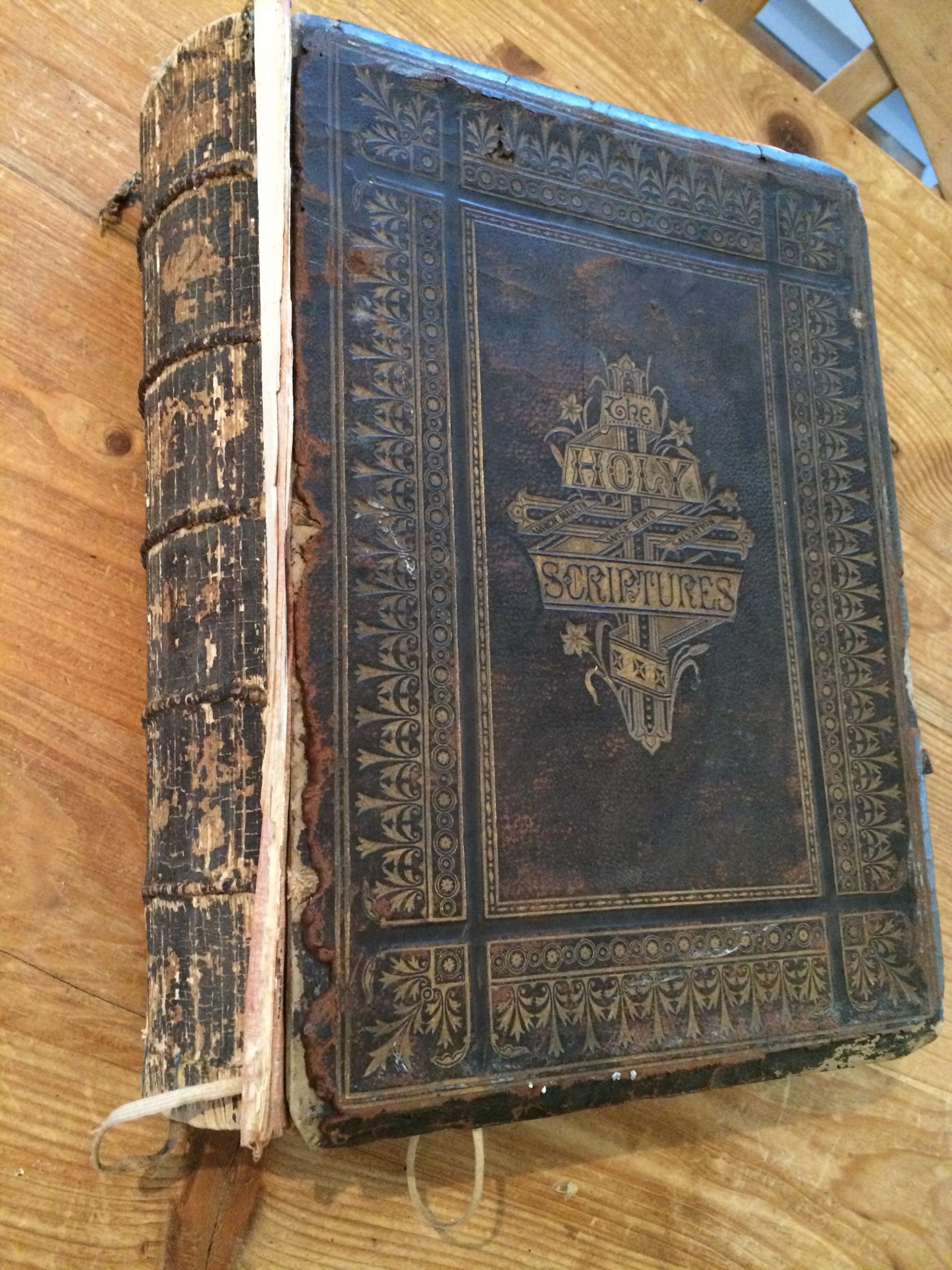 Either way it represents the David side of my family that came from a rural environment in West Wales.   Jonah David, born in 1958 and my Great Grandfather rose to be Head Gamekeeper to the Marquis of Bute then the richest man in the UK probably Europe and wider.  He was also a little insane with castle building the like based on a fortune based in exploiting (there is no other word) the opportunities provided by Welsh Steam Coal.   Head Gamekeeper is a pretty senior position and my Nan (his daughter) spotted him in a photograph with the King when we took her round Luton Ho one day.   He died of a heart attack and the large family were thrown on the streets ending up in Cardiff Docks.   My Grandfather already knew Nain as he had met her on country walks (it runs in the family) and the rest is history.  Nain and the rest of the family fought their way out of docks with Nain being a dinner lady at one point.  Given the quality of her cooking that was one lucky school!  The memory of the harsh treatment remained however, my mother would never go into Cardiff Castle and more or less spat at any mention of the Bute.

Now I didn’t know Grandfather or Great Grandfather but the last recorded birth is my Nain on January 10th 1892.  She lived to her 90’s and lived just long enough to see Eleanor born.  But there were many other children after her and they were not recorded which is yet another mystery.   My Aunt Mary who was the eldest child and still alive, hale and hearty knew nothing of the Bible or why Jonah stopped recording births. 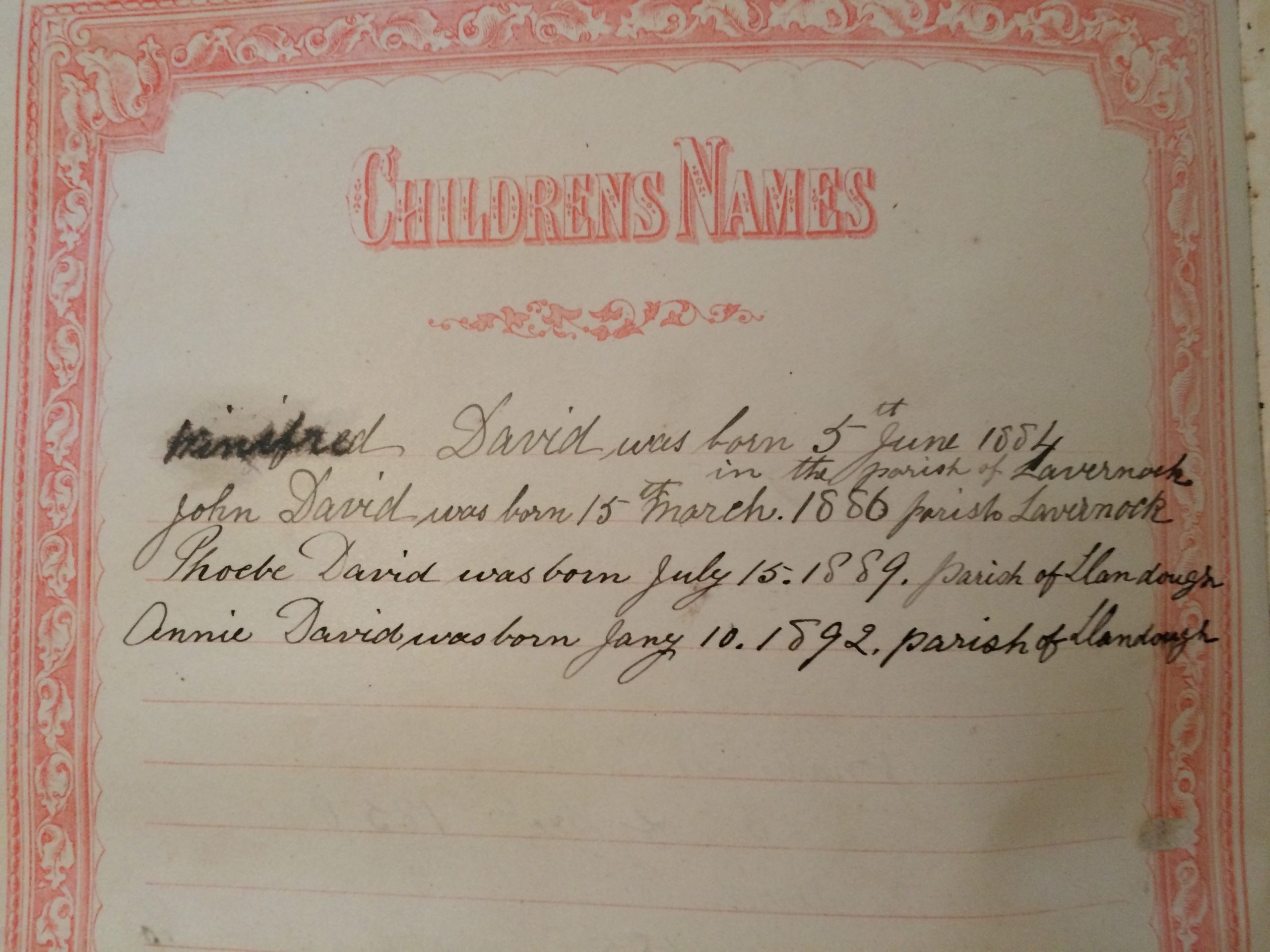 Either way my plan is to get the thing rebound and then complete the entries while enough of the family are around to remember the basics.  Not that I want to get into a full family tree, its more re-creating an artefact that shows continuity with multiple pathways – Cynefin.

I've made the point several times in speeches and conversations that I consider myself very ...

I took the train to Cardiff yesterday to watch the Blues play Leinster.  We lost ...