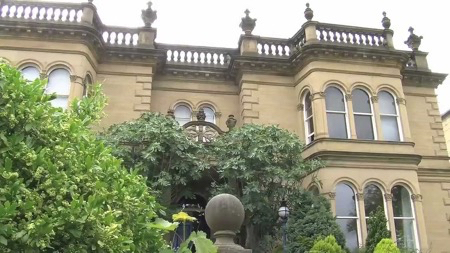 The last two days have been spent in Shipley in Heaton Mount which is a part of Bradford University. Jules and I have been working with a range of people from the University and the health sector to define a set of projects in a broad range of areas. That will go well with existing NHS work in Wales, past work in Northern Ireland and planned work in Surrey and Borders. I’m going to publish a list of those projects tomorrow with some commentary to give people a idea of the depth and relevance of current work in this field. As a part of that session I was working on refining the explanation of why we do things the way we do.

For some years, and this event was no exception, I have used some basic starting blocks, or positions to provide context. These are (in no particular order):

Now in the past I have gone on to talk about abductive research by way of contrast with inductive or case based approaches. I am still doing that but I’ve never been fully happy with it. More recently an invitation from John Seely Brown and Ann Pendleton-Julian to give one of “a series of talks for CASBS (Centre for Advanced Study in the Behavioural Sciences) at Stanford and SSRC (Social Science Research Council) in New York in support of their interest to transform the social sciences for the radically contingent networked age we find ourselves in” suggested a complimentary but more descriptive way of making the distinction namely that between a priori and a posteriori research and (by implication judgement. That talk will be in New York in April but I am starting to play with some of the material in current sessions and today was one opportunity. Too give a flavour of this I quote from a jointly authored book chapter on research in the health sector I am currently working on:

It is better to describe a complex system as dispositional; we can measure the current state of the system, its dynamic dispositions and the energy costs of change, but we cannot make accurate statements about the future. This creates a major issue for policy where there is a unsatisfied (and we contend an un-satisfisable) need for if-this-then-that statements.
In this context we need to create an a priori approach to complement the more traditional a posteriori models of research to create contextually appropriate methods for evidence based policy. In Cynefin terms this applies in the complex, dispositional, domain, while more traditional models apply in the complicated domain together with the complex to complicated transitionary state. This developing model of research seeks to use the natural sciences and aspects of the humanities (in particular anthropology) to define the constraints that exist which determine behaviour and to test hypotheses and actions (in particular safe to fail) actions that are coherence to that theory.
Further we need to create processes that reduce cognitive and cultural bias in the interpretation of ambiguous data. In this field a correlation in the data is an indication of an abductive link, not a causal statement; it is an explanation but one which provides interpretative but not predictive capability.
Our goal then is to create real time research and decision support systems that feed back dispositional states and outliers to decision makers in sufficient time for them to influence the evolutionary direction of the system, increasingly possible through our digital world.

Any or all comments or thoughts appreciated.

Oh, for those on the seminar who have come here looking for the slides – they are with the organisers and will be emailed directly.

Once upon a time, a long time ago, I had a general management position and ...

I promised yesterday that I would provide a list of some of the SenseMaker® based ...