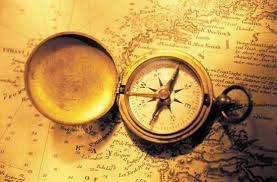 I left the question of direction open in yesterday’s post; if evidence is an emergent property of a complex system then we are left with the question about how do we decide if things are going in the right direction or not and critically how do we measure performance and/or allocate limited resources? Remember complexity work is deeply pragmatic in nature; if you can only change the present then you have to accept the reality of that time and that includes measurement. Trying to simply abandon them is not possible and a form of delusional idealism – rather like the self proclaimed enlightenment of the jade guys who don’t seem to realise that there so called self-managed ‘cases’ are, ironically, dependent on a dominant and in some cases tyrannical CEO. It’s very comfortable to idealise future states based on highly selective retrospective coherence, but in practice it is hypocritical as it absolves you from making change happen now, in the current reality.

So while I was thinking about it last night my mind was drawn to my walk earlier in the week which involved both objectives, direction and change. I was in North Wales for meetings with Bangor University on the Wednesday evening and Friday morning leaving Thursday free. I’d been up the week before to run a three day course and had managed to sneak a dawn ascent of Y Garn with three of the delegates. That had wetted my appetite for the Carneddau round ascending Pen yr Ole Wen and then on via the two main peaks to descend via the Ffynnon Llugwy Reservoir (with the final farm track having the best views), or if time permitted, by the grade one scramble up Pen y Helgi Du and the gentle exit via Y Braich. A 6+ hour walk and some tough sections so at this time of the year it needs an early start but it is one of the best circular walks in Snowdonia.

The day dawned with wind and cloud cover but no hint of rain, but my start was delayed from 0900 to 1100 given some domestic issues which might have sent me home early. I parked near Glan Dena which leads to one of the most enjoyable ascents in Snowdonia. Following the path of a stream to the lip of the cwm then a great scramble up the ridge to Pen yr Ole Wen. I did the direct ascent from Idwal Cottage back in the 1970s and I haven’t been back to it since; unremitting grind up a slippery scree slope with few redeeming features other than the view. It went well but as I neared the top I met a couple who were now existing having been almost blown off the ridge to Carnedd Dafydc and were now exiting. When I got to the top I realised why as I was flattened by the wind. With visibility down to 4/5 yards navigation was going to have to be by GPS as the top of the Carnddau is a bleak place with multiple opportunities to follow the wrong path – for example the climbers path that can take you over the edge of Ysgolion Duon if you don’t watch it. If it had been two hours earlier and if I had been with others then I think I would have gone on. But time was against me and it was unlikely anyone else would be on the path that day. I’ve learnt caution when walking alone so I did the steep descent back to Idwal Cottage which was unremitting hell other than the views which were wonderful. By the time I got to the bottom the conditions looked to have improved on the top and maybe I could have gone on or picked a route with easier navigation and more people on Snowdon for example. But discretion is the better part of valour in the mountains and I think I made the right decision. Loading the photographs yesterday I realised there were advantages as the descent gave me some of the best mountain photographs I have taken.

The point of this somewhat discursive story is that I had a sense of what I wanted to achieve, I always had a sense of possible directions of travel and the ability to adjust what I was doing in real time. Also I knew enough for each context. On the initial descent I checked the GPS constantly until Llyn Ogwen emerged in the near foreground and I could navigate by sight. If something didn’t work or proved dangerous or impossible then I could make changes in real time. So given that let’s look at some of the ways we can set direction in a complex system and their advantages and disadvantages. This list is in no particular order and is not complete by the way, initial pondering only and expect a lot more in the blog, on Cognitive Edge courses and the book.

Now of course there are more, and also all three of these can and should work together. More to do you but I would argue that small changes in the present within the framework of an ambitious but still directed future is both resilient and (critically) ethical. Deciding how things should be is to privilege the elite and lead to camouflage behaviour, wasted resources and a general sense of perpetual disappointed cynicism.

Somehow an image from the Salem Witch trials with a powerful image of patriarchy seems ...

It’s the winter solstice and time to break by near two month absence from blogging. ...