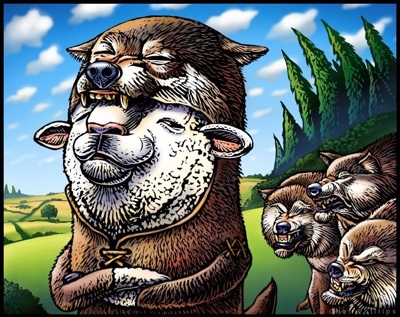 Nothing pleases people more than to go on thinking what they have always thought, and at the same time imagine that they are thinking something new and daring: it combines the advantage of security and the delight of adventure.

I finished off my last keynote of the year with the above quote from T S Elliot. Its one of my favourite ones and its all too true, all too often, in all too many contexts. Having spent a large part of my life introducing (and sometimes creating) new ways of working and thinking the arrival of, what I call the assimulation stage is all too frequent. You’ve sweated through the early adopter phase and you are starting to make process then someone (or often more than one person) sweeps down on the novel idea and purloins the language to give a fresh lick of paint to a set of familiar, but tired methods or tools without first dealing with the rust. Metaphors coming thick and fast here, but you get the point. Now the older ways are at the tail end of their life cycle, the rust will come back, but the main damage is to the new idea which is now assimulated into the old way of working.

We are seeing this a lot with complexity theory at the moment. I picked up a book the other day making a big thing about the distinction between complex and complicated systems. No acknowledgement or reference to any of the existing work in the field (which implies ignorance or plagiarism) and the whole thing was just a set of publicly available ‘cases’ thrown together around a partial and incomplete understanding of something which is far from trivial in its implications. The solutions are the classic sets of platitudes about leadership, committment and openess to novelty. No real change is expected, the whole thing is simply dressing up sheep in wolves clothing; pretending to novelty while propviding no real challenge. Other, more serious, attempts to understand complexity fail to come to grips with issues of dispiositionality v causality or the nature of constraints. Instead they hide behind the language of self-organisation and emergence; but all of the proposed practices or changes are heaviliy facilitated workshops in which people agree to be different but in practice do nothing.

Now the specific context of that quote related to the way in which the Agile movement in software development has become corrupted by an over constrained, over constructuted approach which gives IT directors the comfort of saying they have changed without really having to do so. It also plays to the desire of said executives to announce major, costly initiatives that will only exepcted to deliver after that executive has moved on leaving some other poor sod to pick up the pieces. That has been a depressingly common characteristics of most adoptions of new methods so its not suprise that the SAFe founders played to that weakness in purchasing executives.

Now wolves are more scary than sheep, but its nice to pretend to be one, while staying with the flock. Of course nothing will really change ….

I bought a physical copy of the picture by the way, I think that allows me to use it in the blog if I promote the link in case anyone else wants it.

One response to “A sheep in wolves clothing”

Innovation on the cusp: symbiosis

Teaching intelligent people with real world problems is always one of the great pleasures of ...

Come on in, the water is lovely

Over the years I have had various encounters with cults from the overtly religious to ...