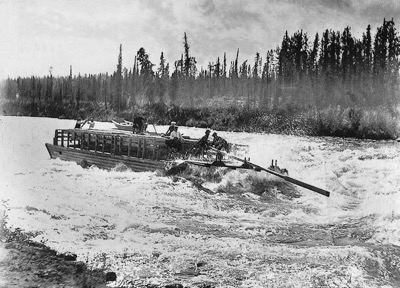 I’m enjoying being back in Whitehorse and its day two of the course. The name of the town references the rapids on the Yukon River that resembled the mains of white horses at full gallop. When I was here last year it was flowing strongly, but now it is covered with ice in part and appears more tranquil but underneath the surface it will be living up to the heritage of its name. In effect the river is in a constant state of flow, but some aspects of it, in different times and contexts are stable. The rapids were tamed with a dam and while the river still flows it does so for a period in a different way. Tomorrow husky teams will use the ice as a pathway at the end of a race from Alaska, in summer a canoe would move rapidly downstream and would struggle in reverse. As humans we both change and use our landscapes.

That image provides a metaphor for management in a complex system and today’s promised post on ABIDE, my perspective approach to making sense of what can be managed in a complex system. I taught that today and as such it was very helpful that I had spent the previous discussion in animated discussion about complexity with Glenda Eoyang and others hosted by Barrett Horne. We were looking at similarities and differences between our methods and theoretical frameworks and expect to see more on that in the future. Interestingly here CDE categories and my ABIDE perspective question provide similar functions; also while she uses a spectrum between tight and loose coupling I use the phase shifts between the Cynefin domains. I’ve been playing with a graphic to illustrate this as in effect we both have a fixed and variable dimension but one is the obverse of the other. I’m going to work on that before I say (or post) more. Differences, we were both agreed, are where change and insight happens.

That conversation helped considerably in my development of ABIDE in today’s class. The other stimulus was a conference session where I was speaking. Michael took the class through using exemplar narratives and I went downtown to sit on a panel on structured decision making. The opening panelist was outline a structured decision approach, identifying multiple factors, scoring them and so on. In conclusion she said:

It’s analytically challenging to dissect a complex problem. It takes lots of resources up front to make it work and considerable buy in.

Now that allowed me to make a key point to an audience unfamiliar with complexity theory: you can’t analyse a complex system in the sense of breaking it down into constituent parts. A complex system cannot be reduced to parts and neither is it the sum of its aspects. It can be more, it can be less: the properties of the whole are not the properties of the parts. Also, like the river it doesn’t stand still even when it is iced over; you make that assumption at your peril. So we have to have a different way of description to enable action. ABIDE is one of the ways I developed for that and I will summarise it tomorrow.

First day of the Cynefin and Sense-making course here in the Yukon to a government ...