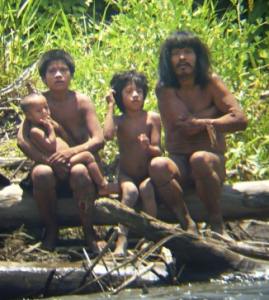 An article in the Guardian today argues that axing anthropology as a subject in schools in cultural barbarism.  Ignoring the irony of using the words cultureand barbarism together in the context of anthropology I think this deserves a little more thought.  Now I studied Philosophy at University and encouraged my daughter to study Anthropology at University, introducing her to the subject on a field trip to Saskatoon just over a decade ago.  So I am convinced of the value of what one might call the advanced humanities.   But that does not mean they are necessarily good subjects for school.   In practice Religious Studies has re branded itself as Philosophy in an attempt to become more popular which has resulted in a mishmash of both.   Psychology suffers from drumming down to a pre-University level.   I remember actively encouraging my daughter to withdraw from it at age 16 when her text book suggested that the fundamental principle of the subject was that the human brain was a limited capacity information processing device.   Teaching in schools, even at A level assumes a body of knowledge that can be communicated, while philosophy, anthropology and psychology are as much a way of thinking and require a certain maturity of judgement and experience to understand.

Personally I think there is a better way forward.   What we should be teaching is a general humanities programme that should be compulsory at all levels of schools.   It should include the basics of logic and rhetoric so that people at least have a chance to see through the empty buffoonery of the likes of UKIP and the evidence free sensationalism of the tabloids.  It can include the basics of ethnography and the associated ethical issues of engagement and study of indigenous people.  Symbols, ritual and purification rites all gain new meaning through anthropology.  Understanding the basic coming to gather of Philosophy of Mind, psychology and cognitive science in terms of defining problems that will tease the mind to greater depth could be there.  The difference between cartesian and post-cartesian concepts of consciousness.  All of these subjects have big issues that people can talk about and which can draw on existing sources but need not be hide bound by a simplistic summary of their histories.

If such a study was in place up to 16 it could then be carried forward as a single subject or as a double one. Rather like some of us did Pure and Applied Mathematics as separate subjects while others did PAM as a single one.  You could continue with humanities in terms of issues and arguments with a more abstract theoretical stream for those interested.   By the age of 18 people could then make an informed decision about what to study.   All of this could be supplemented by summer schools between 16 and 18 where people went to Universities for short courses to discover more about the particular parts which make up the greater whole of the Humanities.   They could even address the issues of science where the humanities intersect.

We specialise too young and people therefore close off too many options.  Being more general requires more knowledge of the particular before you specialise.  So all in all, yes let’s study anthropology in schools but as part of something wide, not as Anthropology.

Another walk today, this time with Iwan from Ogmore Point to Porthcawl.  I had originally ...

A long flight to San Jose by way of Los Angeles today in preparation for ...