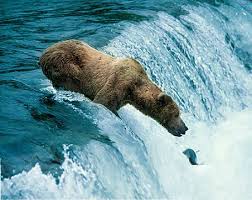 A rather complex set of circumstances involving the family, two cars and the need for daughter to visit aunt; all combined to precipitate me into a Slough hotel last night after seeing Verdi’s Un Ballo in Maschera at the ROH.  One should never see Verdi immediately after the ecstasy of Wagner and one should avoid the Slough of Despond at all costs, but one lives and learns.   The rest of today was spent in Oxford walking through some of the radical new developments around SenseMaker® and its use for anticipatory awareness.   I’m not going to go into the mechanisms of that in any detail as we (i) have some work to do yet and (ii) I’ve learnt to my cost that trust has limitations so we’ll need to extend the existing patents a little.

But the principle is worth expanding on a little for engagement and commentary.  The original phrase, developed with Gary Klein when we were working together on a project in Singapore, was that we need to shift from Anticipation to triggering Anticipatory Awareness.   As it happens I’m on the editorial panel for a new book on Anticipation with the editorial meeting coming up in January this year.   A couple of days I am eagerly looking forward to give the quality of the other editors.  It is all part of the developing realising in the foresight community that predicting the future or anticipating future events is problematic.

Now those of us coming to the subject from complexity theory have little problem with understanding why.   A human complex adaptive system has propensities and dispositional states, but it is not subject to material linear cause.   I’m still working on the language here by the way.  I’m sort of hinting at Popper with the use of propensity but I don’t want it linked per se.  I have some more reading to do over the Christmas break to settle some of this for the book and also for the 2015 edition of our four day training programme: Kuhn, Lakatos and Vico are on the list at the moment.  For the moment I am thinking in this way:

Any such system is going to go through various changes, including phase shifts and the future state is now knowable in the conventional sense of the word.  What matters is when you need to trigger a human actor into a heightened state of awareness.  Most of the time we are on automatic pilot, but small signals can stimulate us into a heightened state of awareness, changing the cognitive actions of our brain so we can act in a different way.   Think about a long drive; most of the time you are barely aware of the process but then something happens ahead and you suddenly become aware in a material way.

The issue with foresight then is not to predict the future, but to understand what is knowable and what propensities can be known within what range of certainty.   Then we need to monitor the dispositional states and trigger awareness when the plausibility of change has reached a threshold level that would reward attention.   We need to understand what is critical.  So in cancer detection we may have a high tolerance for false positives, but in major investment decisions that tolerance changes.

So in creating a decision support capability we need to think about how we map and represent a system in which we are acting or seek to act, to allow us to minimise energy use while maximising resilience.  This is one of those points where I really badly miss Max Boisot, when he was alive I would sought him out on skype to talk about this.  I’d then have ended up with a reading list, a humour filled admonition or two and live would have been interesting and progress would have been fast.   Without Max I will simply have to work harder, read more and teach.  Teaching helps me formulate material in usable form.

So consider this post an initial post to indicate a direction.  More in January I expect, all ideas and comments welcome.

I've always had an intensive dislike of saccharine approaches to anything in life, closely followed by a ...

The saga of Christmas for the last couple of decades has involved getting into town ...