My last day in Halifax, NS for this trip and I am somewhat recovered thanks to collapsing into bed with various chemicals in hot water with a whisky supplement in the early evening.  I always enjoy trips here as I do to Wellington, Cardiff and many other port cities.  There is something special about a port, especially one with a long history.  A port is a place of transition from land to sea, but also over time and between communities.  Halifax received multiple waves of refugees from the American War of Independence.  It was a centre of operation during the war of 1812.  It suffered a traumatic explosion in 1917 and was the centre for convoys to assemble before the hazardous crossing of the Atlantic in WWII.  It also has the last remaining sea worthy flower class corvette, a unique class of ship that were the true heroes of the Battle of the Atlantic, immortalised in one of the great war time novels of all time; Monsarrat's The Cruel Sea.  The film of the book also saw one of Jack Hawkins greatest performances by the way.

Its long term status as a naval port maybe one of the reasons why it still has its own brewery and in the Henry House, one of the very very few places in North American where hand pumps are used properly, to deliver good quality beer rather than over chilled gnats piss (sorry I'm still not feeling well).  Its still a working port. 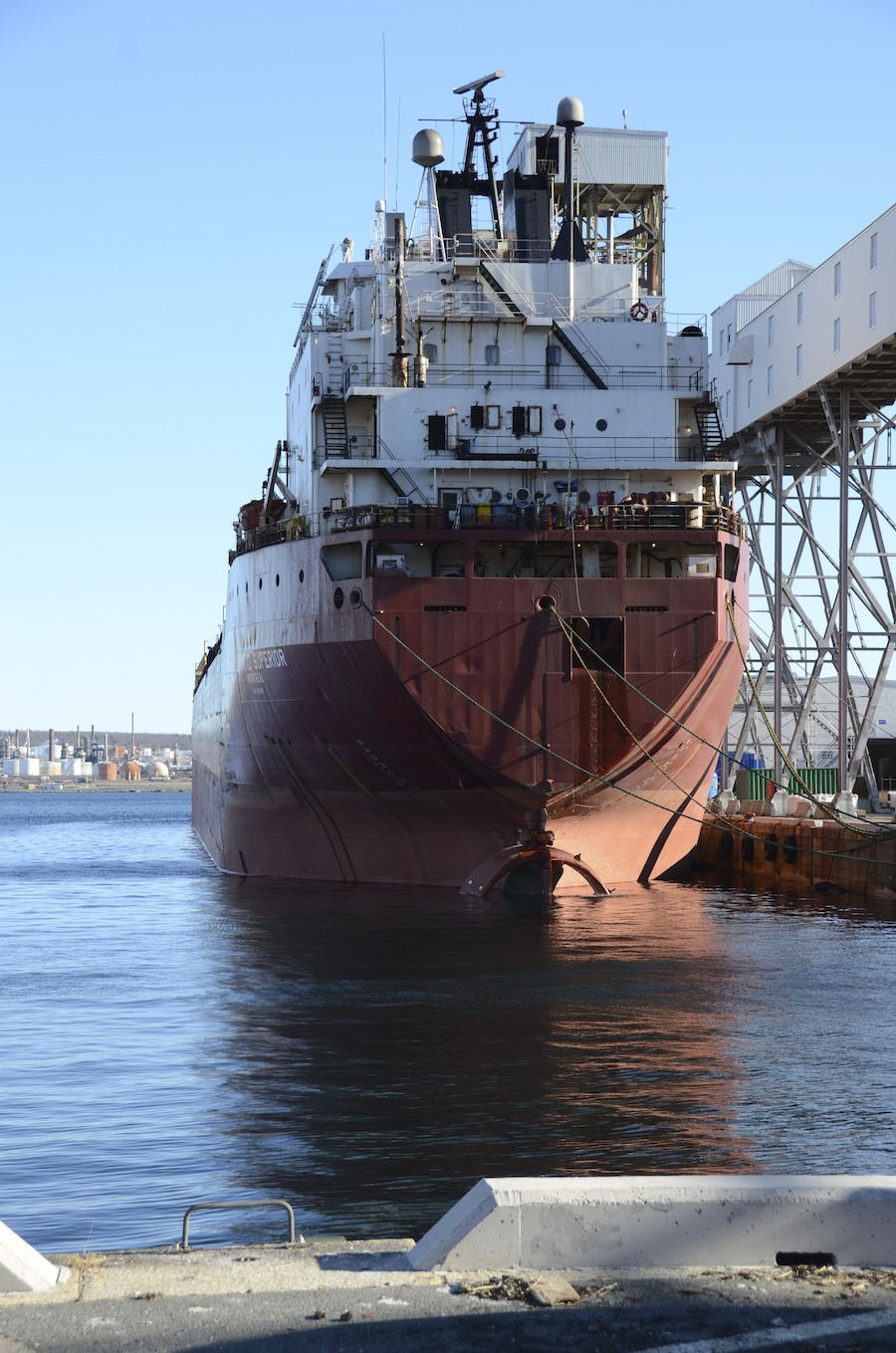 Yesterday the tugs crept in before dawn pulling HMCS Athabaskan for repairs, it seems a towline parted while it was being towed home in the middle of an expensive refit.  So a slightly more ignominious entry than that of the Royal Navy frigate H.M.S. Shannon leading the captured American frigate U.S.S. Chesapeake into Halifax Harbour, Nova Scotia, Canada, in June 1813 which is pictured.

I love walking in ports as they mix modern and old architecture, the sea and this constant sense of change and transition.  I took this picture on my walk Tuesday.  A significant part of my own family history is linked with Cardiff docks  My Grandmothers family were thrown out of their house by the Maquis of Bute when her father, then Head Gamekeeper to theBute, died.  They needed his house for the replacement.  Even modern Myers-Briggs driven HR departments treat people slightly less like widgets than did Victorian landowners.  I emphases the slightly however, its a close run thing.  The family survived the docks and our ancestry is probably more mongrel as a result.  Its now a modern development with the Opera House and the Senedd building but I still remember being perched on my father's shoulders, walking down the lines of ships and goods when it was still a working port.  It maybe why I still gravitate to these places.

Back to Halifax. I've resolved on a future visit to do two things.  Firstly get a boat trip of some time to see the harbour; secondly take some time for the many coastal walks here and possibly take a side trip to Newfoundland.  For the moment the night has brought snow which will probably clear by the evening when I start my way back to the UK with a midnight flight.  Ironically it looks like the snow is worse so I may have a difficult journey.

Intermission with a cold

Today on the schedule was a free day, so a chance to catch up on ...

It is better to travel well than to arrive

Today, Friday started on Thursday evening.  At the end of the Advanced Course in the ...