At the end of an ancient pathway

After completing the Cotswolds Way last month I added the RIdgeway to list of completed national trails today.  With the Kennet & Avon Path complete that leaves the South Downs Way and the Thames Path over half complete so I hope to finish at least one of those this year.  I'm also starting the South West Coastal Path later this month.   While the official length of the Ridgeway is 89 miles, for me it has been 106.7 with the need to manage around public transport and the odd sentimental extension.  I've been solo on this one with the exception of one memorable section from Sparsholt Firs to Streatley with my son Huw.  So the average length of each days walk has been approaching 18 miles in contrast with the 12 miles per day we made on the Cotswolds.  A solo walk is a very different proposition from one with friends offering both advantages and disadvantages.  On the plus side you can keep your own pace and you can think in a more reflective way than in conversation.  There isn't really a negative side as far as I am concerned.  Walking with friends just has different plus ones!

The Ridgeway is a real contrast in its two main sections.  The first three sections that start a short walk from where I live and strides with broad vistas via neolithic burial mounds to the Thames at Streatley.  I managed those in February and one weekend in April.  Completion was achieved over three successive weekends and the subsequent stages are very different.  From Streatley the path avoids the ridge and instead follows the Thames before turning sharply west to follow Grimms Ditch before returning the the Chilterns proper at Nuffield.  From there it follows the Ridgeline before dropping to Princess Risborough.  From there the path follows the base of the hills which can be boring under thick fog (my experience) of the section from Lucknow) until it rises again before Wendover and then continues up and down the edge of the Chilterns.  For most of this time the path goes through woodland with few views, although the trees themselves were a delight with Autumn colours just starting to creep in.  The final section to Ivinghoe Beacon (pictured) restores the sense of it being a ridgeway.

The final three sections really needed a two car solution but I managed it.  Leaving the car at Streatley allowed me to walk to Lucknow, pick up the Oxford Tube (actually a bus) and then get the train, but the time was three hours and it was cold.   The next section involved leaving the car at the park and ride and heading for Lucknow on the same bus then a train from Wendover and a long wait for a long bus ride to Oxford from Aylesbury.  The final day was easier in that the bus ride from my end point to my start point was only half an hour, but the only bus that did it was at 0720 so I had to leave the house at 0500 to make it! 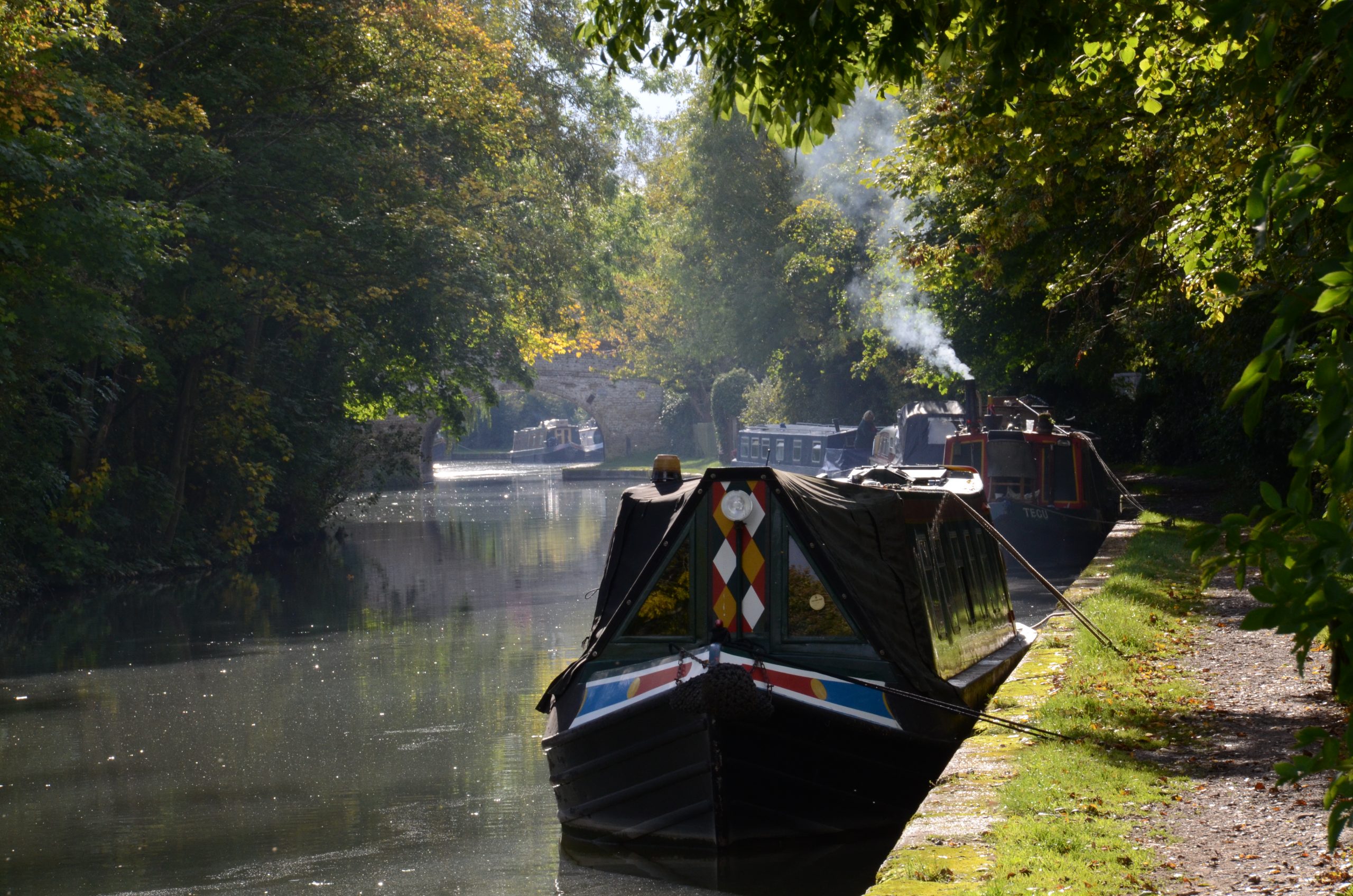 The final section brought back many memories.  When we used to live in St Albans, a long time before children intruded on spare time, this was the weekend walking area.  The path to the final summit of the walk was one that a younger self had trod many a time both with my wife, my sister and parents.  I was looking forward to the top but had forgotten that on a weekend my solitary walk would instead become like a visit to Clapham Junction.  When I arrived the whole of top seemed occupied by walking parties eating various sandwiches and generally littering the area.  I should emphasis that for me the litter here was the people, they were well behaved.  The end point summit market had a whole party sitting around it preventing access for anyone else.   I had to wait around for over a half hour for them to clear and even then individual members kept coming back.  Finally their tour leader got them moving with promises of tea and toilets at the Bridgewater Monument and I got to take my picture.

I had decided to extend the walk to includes the various canal paths that I also remembered from my time in St Albans.  My resolution wavered somewhat as rain swept in but it looked to be short lived so I threaded my way down the Beacon into Ivinghoe itself.  En route I refreshed by memories of the Pitstone Windmill and then joined the Grand Union Canal due north of Ivinghoe close to the scene of the Great Train Robbery. 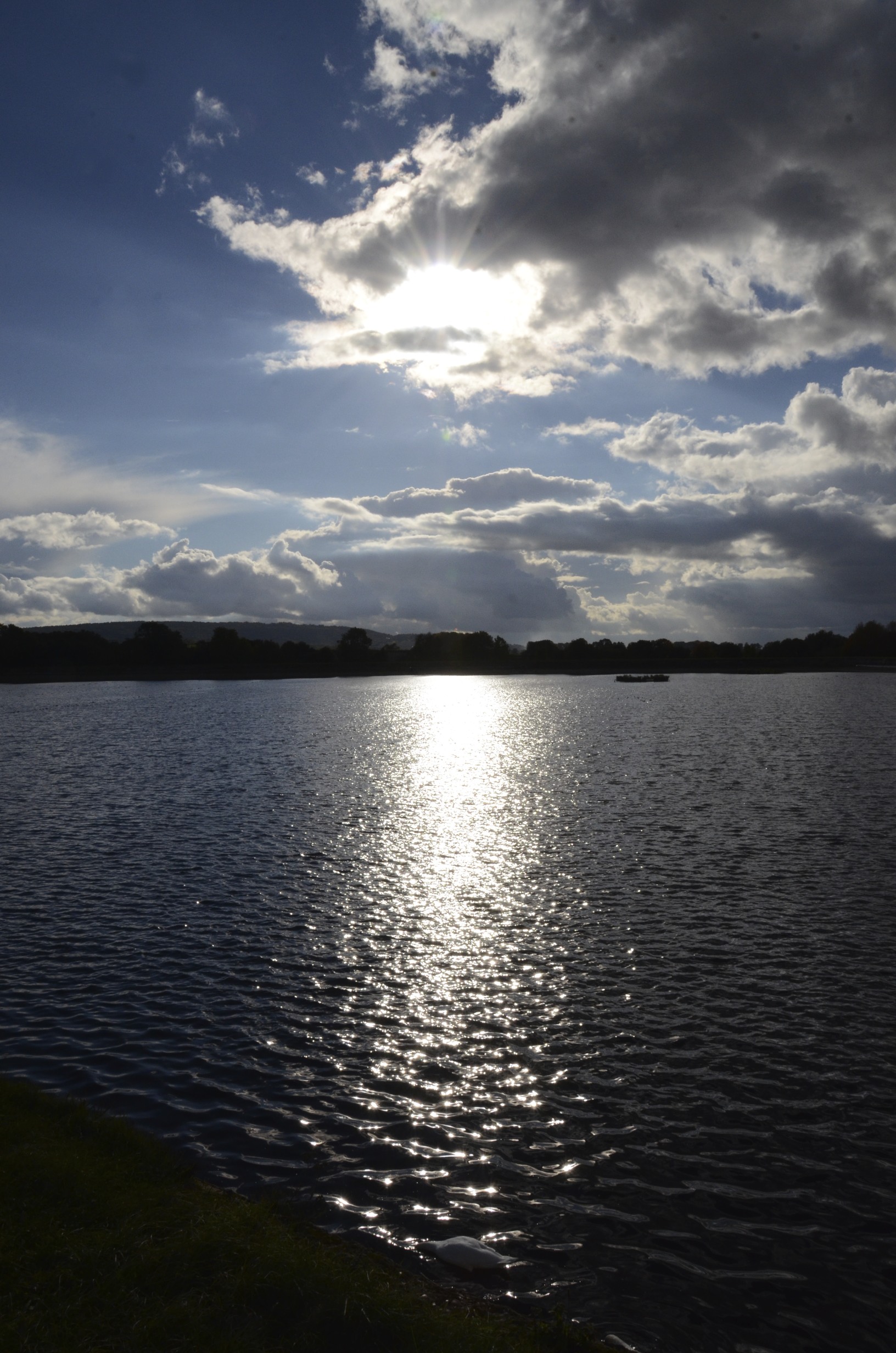 I always like canal walks for their mixture of country, architecture, engineering and people.  It was a lovely moody end to the walk, enlivened by rainbows and the sight of many a pub with far too memories.

At the end I got to Marsworth and the reservoir come nature reserve which was the scene of many a walk and many a picnic.  The Red Lion Pub was boarded up which was a source of sadness  but the reservoir itself was as ever a delight.  By now the sun was low in the sky and I managed the shot to the right which will give you a sense of the atmosphere.

So another path complete, but many more to come.  I drove north at the end of the walk I was staying in Stratford prior to picking my son up from University in Warwick to go to a Rugby match.  By this time my muscles were seizing up with a combination of the cold, the longer and intended walk and the rain.  By the time I made my hotel I had to hobble to the hotel reception and was deeply disturbed that my ground floor room had been changed to one involving a climb up one flight of steps!  A beer and a steak were welcome and I returned to watch Merlin on the BBC and an early night.

Excitement mounts. In a couple days I'll be flying to Jakarta as one-sixteenth of Cappella ...

… to give birth to a dancing star

Regular readers of this blog (yes I know I have been irregular of late in ...