Yesterday was a recovery day after 48 hours with little or no sleep.   After clearing essential email I joined up with Michael who has already been here for a few days and we set off for the Market and breakfast.  Then more email before an afternoon walk down to the docks and a circuit around central Melbourne.  It was one of those spectacular winter days you get down here, as the photograph attests.

Melbourne has always been my second favourite city in Australia, the first is Hobart.   If I ever lived here the latter would be my residence, but I would be hopping onto the plane every now and then for the opera and arts scene over here.   It is also the most receptive area for Cognitive Edge with the most practitioners located in and around the city.  Some major projects underway as well and we are going to have to look at a permanent presence soon. It is legitimately called the cultural capital of Australia.   OK it doesn't have Sydney's Harbour but it has the river, the docks, the trams and much more besides. 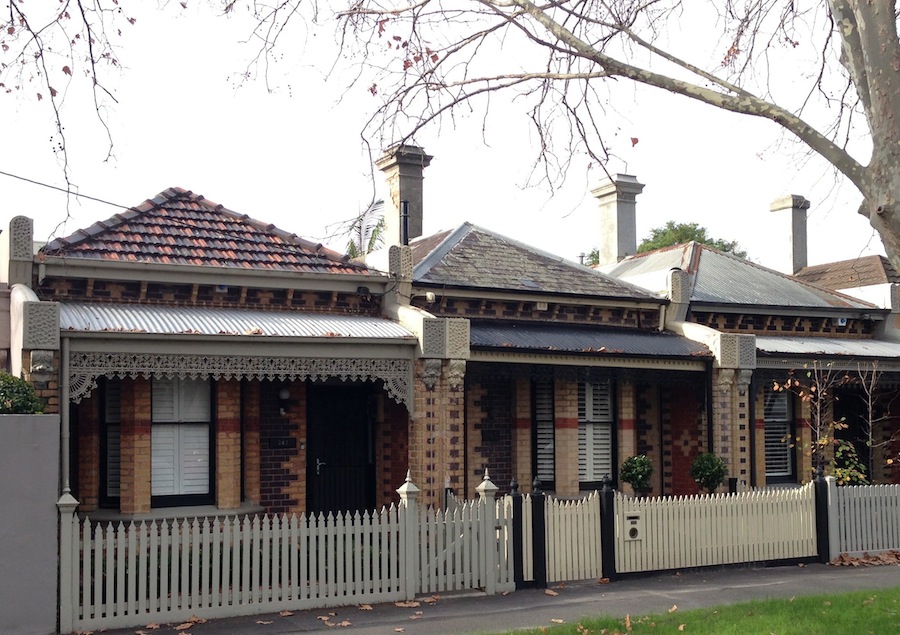 The contrast in architectural styles is also fascinating.  Compare the opening picture with the one to the left (a set of small houses near St Kilda.  I assume the latter were once cheap but are now expensive highly desirable residences!

Today (Sunday) was a final chance to get some exercise after a month of travel.  Walking routes were not obvious so we hired a pair of bikes and did a circular route from Federation Square, along the River then through the Botanic Gardens to St Kilda.  A long stretch along the sea front then back into town.  Around 16 miles at a reasonably brisk pace but with the odd diversion and one dog leg due to poor navigation!   Map of the route below for those interested.

It was the first time I have been on a cycle without cleats in twenty years and their absence was noticed!   It's a good way to see a city and with the higher need for exercise to go with the diet I will probably take it up more frequently – but not in Singapore it is just too hot! 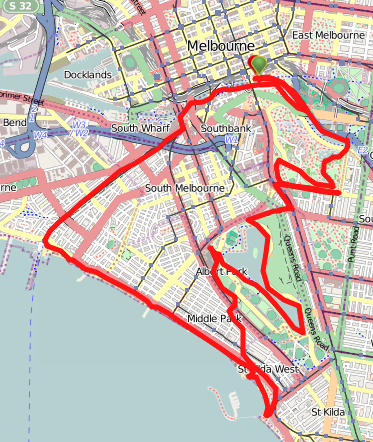 There are some good cycle tracks here but it is not the most friendly in terms of signposting or protected crossings.  I found myself missing the Sustrans style of path (with sculptures) and mapping that I am used to in the UK.  The section along the south bank in particular is a simple free for all between cyclists and pedestrians which must produce the odd accident from time to time.

Ride over we finally found somewhere to eat, for those of us in the fish and salad with no sauce camp that can be difficult but we did find somewhere in the end.

Still more work to do today and tomorrow (The Queen's Birthday I am told and a public holiday) is going to have to be a noses to the grindstone day just on routine work although we have a meeting with Kim first thing to talk through setting up a SenseMaker® site for Agile Australia first thing which will be fun.  Aside from getting read for that I have two academic lectures to give here as well as the four day course so it is going to be a packed week.  having Monday off helps as they celebrate the Queen's Birthday here, but I may have to sing a few choruses of The Red Flag as a counter.  In Melbourne there is a good chance others may know it!   Why they didn't vote to become a republic back in 1999 I will never know; we needed the precedent to be set.

Final picture shows the sun on water heading to Port Melbourne from St Kilda.  More pictures on Flickr here, but I am missing a decent camera. 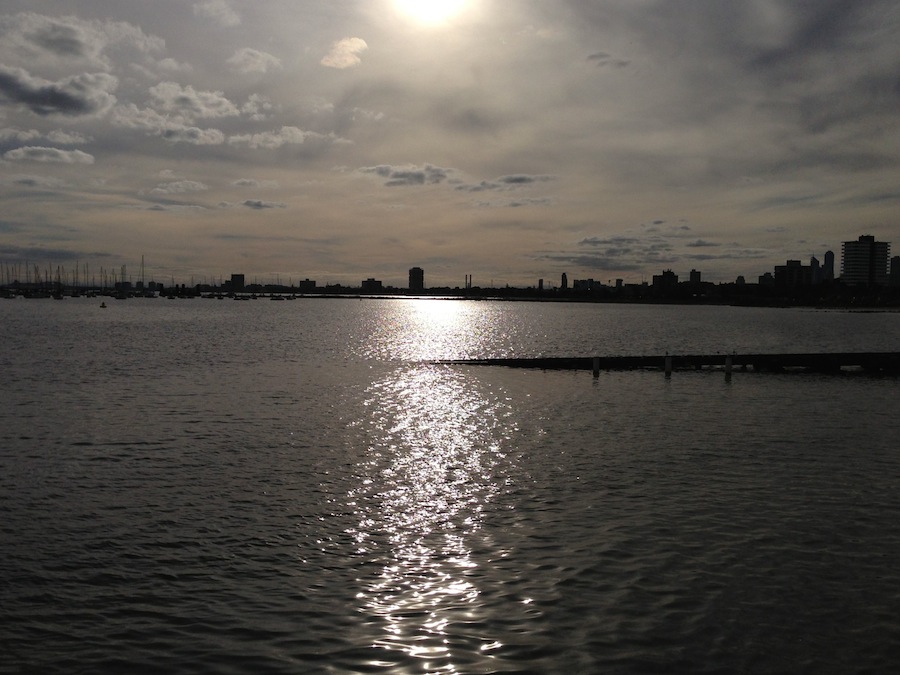 A second post in my attempt to crowd source our new training programme.  Tomorrow the ...

The wonderful weekend brunches are a real delight here in Melbourne. The breakfast culture is ...