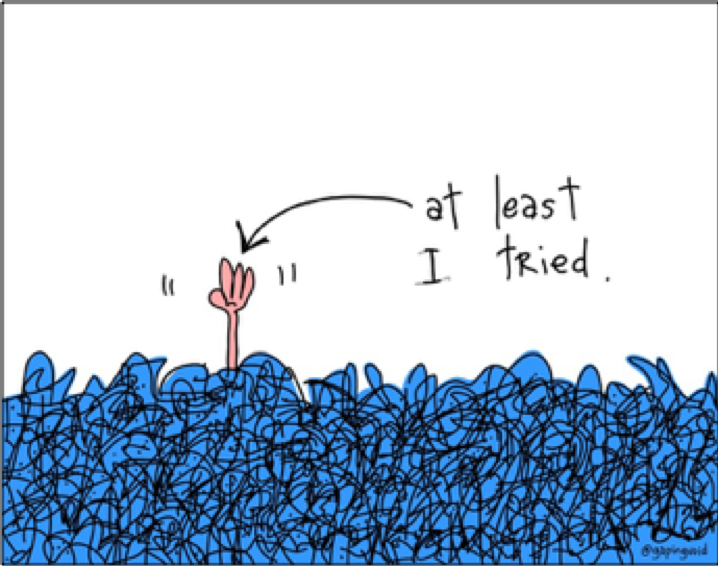 Social media feeds in Summer 2018 here in the UK were, for those of us who work in the festival industry, awash with turtles trapped in plastic and discarded tents on no man’s land-esque muddy festival fields on a Monday morning. It was emotionally overwhelming and we were all fearful of how our own actions might be contributing, but not always sure how to help in a meaningful way, beyond giving a story a “like” or pleading with someone not to leave their tent behind.

One of the things with social media is that, with all its issues (and ability to be a platform for procrastination!), it also has the potential to mobilise momentum and drive change through the sharing of stories about what people are doing to make the world a better place.

Building small, incremental change has always been the complexity mantra.  So, against this backdrop, we paired up with Anna Johnson, Editor in Chief, Business Fights Poverty to explore people’s perceptions of plastic waste at festival sites in the UK through SenseMaker®.

What did we do?

We collected stories from attendees, organisers and the festival workforce to better our understanding of how to encourage awareness and enable mindful behaviours.  Importantly, we were also interested in people’s perceptions of their power to act.

So we set up a Sensemaker project, and asked participants to share a story about when they felt empowered, restricted, or indifferent to plastic waste at a recent festival they had attended.  We then asked them to give meaning to their story in relation to questions around who is responsible, what helps/ hinders transformation and what motivated people.

What did we find?

When it came to perceptions of who or what demonstrated responsibility for plastic waste, people were more likely to signify their story as being about individual behaviour or collective action.  Interestingly, industry practice seems to stand alone and perhaps represents a disconnect, and therefore opportunity for future work. 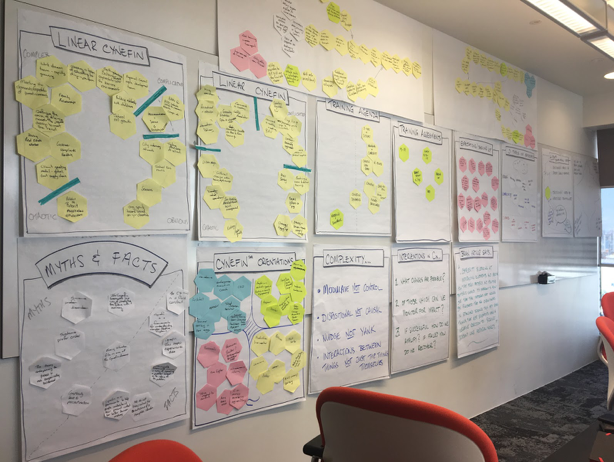 When thinking about change and transformation, we were particularly interested in the idea of apathy, simplicity and the importance of time, e.g. are people thinking ahead or are there “more important things to do”?  Whereas transformation was seen to be driven by simple and easy actions and responsibility for future generations, belief and determination is a relatively bare corner on the triad pictured below-left.  Perhaps surprisingly, single actions not making a difference were actually seen to hinder progress.

Many of the stories showed people being overwhelmed by a “sea” of waste and feeling like their individual efforts would go unnoticed or be irrelevant as part of the bigger picture.

“Indifferent to waste as everyone around me was throwing plastic and waste; became pointless to even attempt to utilise the bins provided as a result of the sheer scale of the situation. Campsites quickly became akin to a mad max style wasteland.”

At this point of the analysis, we started to think  about visibility and narrative and, in fact, one of our most interesting findings was that leading by example is a powerful way of increasing visibility in a way that encourages others to follow suite.  It’s not just about spreading the word, it’s about making ways of taking action available and accessible in context-dependent ways.

“At chilled in a field festival I picked up some random little I saw on the floor (on my way to the bin to put my own rubbish into it). I went back to the place I was sitting and then noticed several children doing the same thing. It seems that all we need to do is set the right example.”

Another point of interest is the power of intermediaries to bridge the gap between the messages of festival organisers around plastic waste and individual actions. Food vendors, for example, were seen by some to occupy a useful position for both sharing knowledge around sustainable behaviours and also helping to create an enabling environment through, for example, re-usable / recyclable cutlery and containers.

“I saw one food vendor at a festival that were very passionate about not using any plastic products and was reducing all possible waste. The food was served in a banana leaf with wooden cutlery. Any beverages that were in a plastic bottle were actually 100% compostable veg ware. I don’t know why more places aren’t using this material instead of single use plastic!”

An overarching theme of the stories people shared was to do with the importance of creating knowledge. It’s easy to just carry on acting the same way, but it takes knowledge around what works and what does not work to build awareness, and a huge amount of effort on top of this for attitudes to start to shift.  There are some festivals and organisations who are really paving the way, and they have a huge reach in encouraging others to do the same.  The Association for Independent Festivals issued a statement recently around their consumer-facing campaign, calling out major retailers for marketing tents as single-use items and Boomtown Fair have also announced several industry firsts around compostable packaging and banning single-use plastic.

One of the things that have always struck me about SenseMaker is that it isn’t just a platform to amplify voices, it’s also a space to re-think traditional forms of behavioural change and engage people with participating in a collectively built future.

We do this, not by changing the individual or trying to “yank” them towards an ideal type of behaviour, but by asking collectively how we might change the conversations people are having about what they’re doing/ feeling around a certain topic.  This is much more than a one-way data capture: during the collection phase we can glean a sense of the present-moment understanding in the context, and from there co-design a direction of travel.

As such, we came up with a few, high-level recommendations – which we took to one festival to translate into tangible and context-dependent ideas which will be put to use in practical ways this summer.

These are small ripples in an emerging tide of awareness and action. We are keen to develop our work in this field and seek funding to scale.  Please get in touch if you would like to read the full Love Not Waste report, or have an opportunity you would like to collaborate on.

On a practical note to finish, here’s a link to a great article by Global Citizen on what you can do to help your country reduce its emissions.  Their final point is very apt: if you’re making movements in this area then please do shout about it!  Not only will this help to raise awareness, but perhaps most importantly its increasing peoples understanding of precisely how to go about making a difference.

It’s clear to me that neither symbolic declarations nor individuals acting alone will be enough.  I am hoping that, by focusing some of our own unique Cognitive Edge and Cynefin Centre energy, we can contribute to this ever-growing wave of change.

This week CE hosted an open webinar on the topic of Cynefin & Theory of Constraints.  This ...

This is a holding post :-) I will summarise the talk with links and details of ...