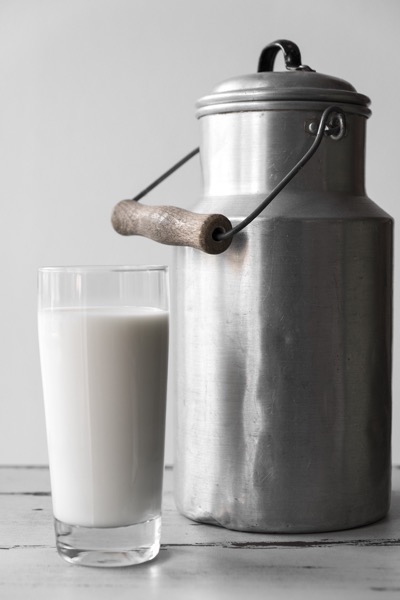 One of my discoveries this year was Dora’s Dairy just outside Swindon.  It sells raw milk without the destruction of pasteurisation or homogenisation.  Aside from the taste, there are multiple health benefits: natural enzymes to help digestion, useful bacteria and a whole bunch of vitamins.  Homogenisation also breaks down fat making it easier for the body to convert it to sugar and so on.   We only drank raw milk when I was growing up.  Dad was a Ministry Vet so knew which farms had good hygiene standards and we got direct supply; we also have a rigorous tubuclousis and brucellosis testing regime in the UK.  He always said that another advantage of raw milk was that you knew when it was off by the smell.  The first time I went to Dora’s Diary (which sells on a trust basis from a small shop attached to the farm mostly unmanned) I ended up in an hour-long conversation with Jon who looks after the herd and whose knowledge and passion for his work was impressive.

Pasteurisation and homogenisation are also a negative characteristic of much current organisation design and change practice.   The desire to eliminate foreign bodies and align people with common values and goals may sound superficially attractive but in practice it damages resilience.   I remember the first time I read Senge’s Fifth Discipline I was mildly appalled at his advocacy of people subordinating their individuality to the wider needs of the organisation and his metaphor of the ship.  While advocating engagement, it was within the context of a top-down set of goals and within the idea of alignment of belief.   The problem with all of that, and its at plague levels in the Agile community, is that is damages resilience by reducing what I have termed requisite variety or at times requisite conflict.

More recently I’ve been contrasting homogenisation, the reduction of variety in the system, with sustaining or creating heterogeneity.  But I have been qualifying that statement in two ways:

Oh and if anyone lives in the Kennet Valley and wants to form a raw milk co-operative to share the burden of driving north of Swindon for supplies – get in touch!

In text image by Bruno Glätsch from Pixabay

Various social media feeds link me daily to discussions about the use of the Cynefin ...

In yesterday’s post I said:  as you increase variety within the system to the point ...