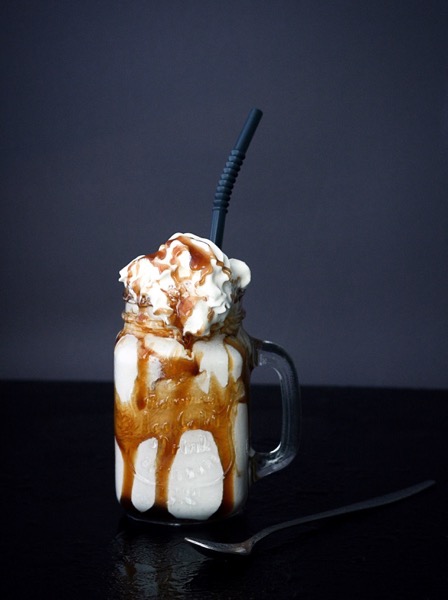 In yesterday’s post I said:  as you increase variety within the system to the point where it becomes heterogeneous, it matters that the differences are capable of coherence.  While there may be conflict, alignment, in context, should be relatively easy too achieve and then promised to expand on this statement today.  Yesterday’s milk churn has now become something more elaborate and we have highland cattle for our banner – work that imagery out for yourselves!

One of the ways I illustrate this is to look at rugby rivalries in Wales.  As a loyal Blues supporter I can list at length the perfidy of the way the Scarlets cheat in the loose, the arrogance of the Ospreys and the partisan nature of the Dragons.  Without any question we have been denied key victories by bad referee decisions.  In any pub or coffee house I can start that debate and it will go on for a long time – we have long memories in Wales.  However, when the English arrive, we are all Welsh.  The context shifts to coherent heterogeneity, we have a common focus and purpose.

Equally in the complex domain of Cynefin we focus on identifying any coherent hypothesis about what will or will not make a difference either in terms of a turn in the right direction or greater understanding.   To agree that someone else’s idea is coherent is a lot easier than agreeing they are right or wrong – the energy cost is lower.  So while the parallel safe to fail experiments are very different we know that they all partake of a degree of coherence sufficient to allow us to move forward using diverse approaches.

Finally face with the right understanding empathy is possible across political devices, before puberty you see little sign of racism and children will play with anyone.  As a species we form alliances, we both compete and collaborate.   So we have many, many models or ways of thinking that allow us to celebrate diversity.    Mission statements, or purpose/value are all fine and we can unite around platitudes but that isn’t enough.  I’ve used parable form stories to create coherence by agreeing what we don’t want, but allowing diversity about what we do.  Often that is enough.  Having common enemies is a wonderful recipe for collaboration.   One project I am starting work on is to see what two competing organisations have in common that lies beneath their surface conflict on social media.  We will do that with a series of MassSense pulses around seeing what is the same and what is different when the opposing groups interpret the same data sources without the ability to game the result.

Heterogeneity is the human condition and for good reason; bland homogenisation use drives differences under the table.  The secret is to make the differences coherent in relevant contexts.

Banner picture by Skull Kat , in text photo by Aliona Gumeniuk both on Unsplash

One of my discoveries this year was Dora’s Dairy just outside Swindon.  It sells raw ...

I’ve long pointed out, to many over enthusiastic proponents of ‘story telling’; that the phrase ...