Control in the shadow 2 of 2 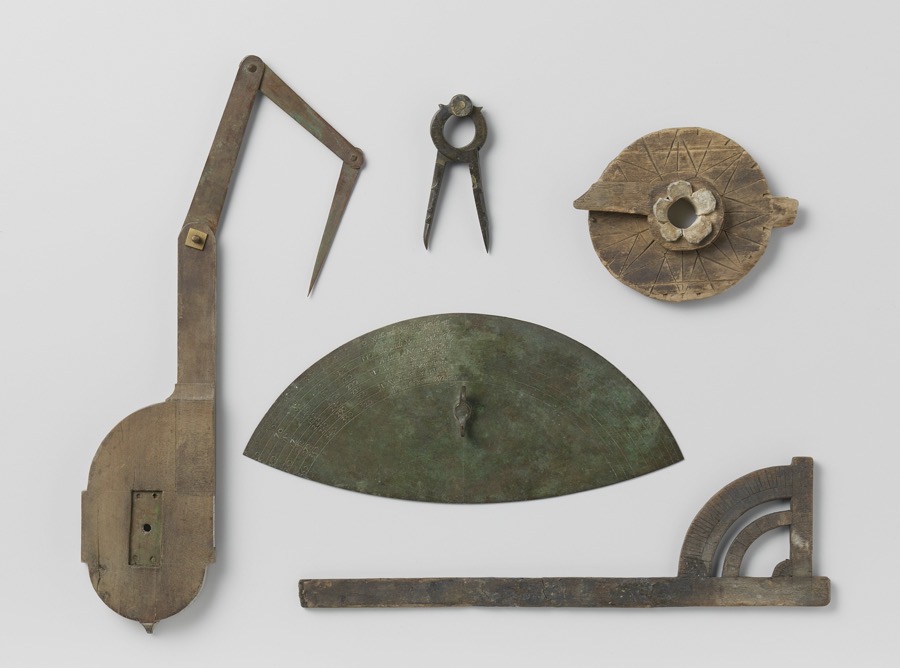 As you will probably gather from the images there is mapping theme to this post.  I’ve been talking about the need to manage in the shadow and suggesting that shining the light on things too early can destroy them, not paying attention early enough can result in disaster.  Now its important to understand that those two conditions are not opposites.  You can pay attention to something without necessarily shining a light on it.  A part of my argument overall is that much of management (and thereby control) needs to pay attention to this if it wants to be effective.  Now navigators have always understood the reality of this.  There are inherent uncertainties and even with the best of instruments and maps things change.  You have live with the unknown; here be dragons and other strange beasts.  Knowing where you are is an has always been key and the history of navigation moves through measuring latitude by the angle of the sun above the horizon at midday, the later creation of clocks accurate enough to measure longitude and now all the sophistication of satellite navigation.   Where we want to go, and how we will get there is predicated first of all on knowing as accurately as possible where we are, and secondly on understanding the nature and threat/opportunity proximate territory in our direction of travel.

So it has always been suprise to me, and still is, that most change initiatives start with a determination of where we want to be and then, regardless of how hazardous a voyage may be involved, how to get there.  I was reviewing a consultancy offer on change management earlier today in the context of a proposal I need to get out over the weekend.  It lays out a three year process of change, starting with senior leaders before moving onto middle management before engaging employees.  Interestingly they talk about a cultural diagnosis not a map as a initiating action.  That sort of language I find problematical and for the same reason I have long had issues with techniques moving sideways into organisational design from therapy.  The implicit assumption is that is some disease or illness which has to be rooted out, the change consultancy cast themselves in the role of medical expert and that three year process of change?  Well that just gives you time to create a dependency before delivery.  The whole mindset business is also problematic.  It often seems to be used to pass blame for poor process and leadership on the individual employee who has failed to  achieve the right psychological transformation.  What I have called the Billy Graham syndrome in organisations change, the desire for converts and the destruction of cynicism.  The latter is a major issue as in general its the cynics in the organisation who care about it.

I’ll make a key set of statements/assertions that counter this type of approach, which is the norm

Now using external consultants as other than scaffolders and catalysts makes long time scales necessary.  If they are half way competent they will take time to understand the organisation before they can have an impact.  On the other hand if you involve employees from the start then that knowledge is already present.  When we do this work we capture narratives of what is, what has been learnt, what could be and so on from, ideally all of the workforce, over a week or so initially but then as continuous capture.   We then initiate mapping at the level of competence to act (a team, the organisation a whole, a geographical location etc. etc.) and while we give a sense of direction (typically by looking at the narrative map and asking how can we get more stories like these and fewer like those) we allow a significant proportion of the initiatives to be local, ideally recorded and shared but nor directed.  Learning needs to be peer to peer as much as it is mediated.  Connecting people  across silos is more effective that arguing against the existence of silos – approaches such as Entangled Trios and the Triopticon do that without moral prescription and at low cost.  There is a much longer post that elaborates on this which can be found here.   We can do a lot more since I published that post and I plan to blog about that over the weekend, specifically the new Genba version of SenseMaker®.

But the overall point is fairly simple, you distribute the problem definition and solutions, accept that much will happen in the shadow and celebrate that.  Which leaves us the question of what you can control?  Well that has always been fairly simple and think to the punch line of the Children’s Party Story:  We manage the emergence of beneficial coherence within attractors, within boundaries.   That means we can:

Pending that, in order to help the process I want to share three quotes from Seneca, all of which need to be graven on the heart of those who seek to control.  Something that is not wrong of itself, but can be in practice.

“ The greatest loss of time is delay & expectation, which depend upon the future. We let go the present, which we have in our power, and look forward to that which depends upon chance, and so relinquish a certainty for an uncertainty”

If one does not know to which port one is sailing, no wind is favourable”

“ If a man knows not what harbour he seeks, any wind is the right wind’

Control in the shadow 1 of 2

I’m getting into the shadow theme in this series of posts, and there are strong ...

I spent most of St David’s Day this year in a somewhat convoluted walk in ...