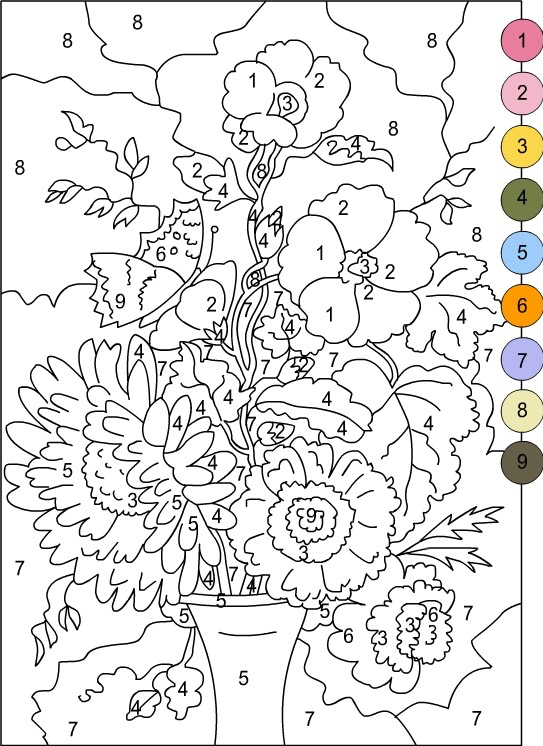 The big issues are now behind us in this series and the final three posts (with the promised twist on the 7th) are all about fine tuning the work. I’ve used two images here to make contrasting points. The banner picture both shows the different impact of colour over black and white and serves in part as a warning about too much contrast between an idealised future and a demonised past. The second image is ironic, it’s not as simple as painting by numbers. Culture is also context specific so few aspects of change can be achieved through context free recipes and formulaic approaches that are all too common. But at this stage the broad structure of out painting has been achieved, the contrast of light and dark determined and hopefully we started off by being realistic about where we are and what changes are possible.

The real point I want to make here is to leave space for local colour (and colouring). Creating the larger structures and patterns centrally is one thing but completing the painting or worse still issuing colouring by number sheets reduces the scope for contextual adaptation. Each team, each smaller unit has its own history, its own position and a degree of diversity is fine. Now that doesn’t imply discordance, but the need to gain coherence. Having some guidelines on what colours go well with others but allowing the odd ‘art movie’ that breaks the rule makes a lot more sense. When we create the Cynefin framework we allow its boundaries and domains, as far as is possible, to be defined by the micro-narratives of the smaller units rather than attempting to subsume them in a grand narrative. Coherence is a key work in complexity and its all about things that re different being able to work together or interact.

Small local changes, locally initiated, within a wider, loose framework is how you achieve sustainable change ….

Chiaroscuro is an art term, Italian in origin which refers to light and dark. It ...

In any art work the final adjustments mean that we are nearing completion, in cultural ...