Cutting through a weave destroys it

Last Thursday night saw a Rugby dinner sponsored by KPMG and the British Chamber of Commerce in Hong Kong.  It's a good Curry do with conversation (on our table at least) based on some knowledge of the sport.  I admit the humour of a second rate Northern Comedian and the rank sexism of one former player grated at times.  You don't need much intelligence to watch soccer, but Rugby takes a brain and you would hope that brains could move on from such crudity.  But it seems a part of the culture and its starting to die out so I can live with it.

However I was amused and frustrated by the KPMG slogan Cutting through complexity which is shown in the opening picture.  Several of the people who had been there for my various presentations earlier in the week made a point of drawing my attention to it and there were attempts to capture my image in front of it – but I think I escaped that.

Now it seems that there are two alternatives here:

Now the second of these is the most likely which is both depressing and an inditement of large consultancy firms in general.  It's interesting that you get the same problem with McKinsey, despite one of their number having published a major book on the subject.   In effect the strategy of these behemoths  is not leading edge, but trailing edge despite their many claims.  The large consultancy firms grew on the back of BPR and (I think and hope) will fall with the collapse of Sick Stigma.   It represents a casual use of language which is appalling.   Mind you IBM were as bad.  When they published a advert featuring me as one of their on line thinkers they called be a behaviouralist which is the worst insult possible to my point of view and no one took my protests seriously.  I suppose a double page spread in the FT, Wall Street Journal etc. was a commitment ….. 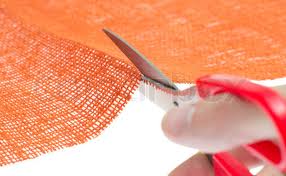 The first however would worry me and its up there with slogans like eliminating complexity and various other forms which imply its a bad thing.  The reality is that complexity has to be absorbed and lived it cannot be eliminated.   More importantly any complex system is an entangled weave of boundaries, agents, probes and the like.  If you cut it you destroy it.

OK at some point you may want to do so, but you can never go back.   If a consultancy firm really wants to help their clients they they should support them in living with complexity, riding its potential, avoiding reductionist approaches, engaging customer and staff in a sensing network.  The trouble is that would not allow large teams of recently graduated MBA's to reuse recipes and documents from over codified knowledge management systems.

Of the spear tackle

I've been going to the Hong Kong Sevens for many years now.  I missed one ...

I managed to write a whole article from start to finish today.  It's about Complexity ...