My original plan for today was to Head for Glyntawe and complete a 14 mile circuit of Sinc Giedd and Bannau Sir Gaer but the friendly publican at the Hendrewen Hotel really wanted breakfast to be at 0900.  That would mean I would get off at around 1100 and the last time I did that on a shorter walk I ended up descending in the dark.  I really need to keep the resolve of finding impersonal places to stay when I want an early start!   Mind you I recommend the place.  I plan to go back if only to walk the valley in which it is situated.  You forget the sheer beauty of the Rhondda Valley, masked by its industrial (and industrious) reputation.  Very welcoming, excellent price.  Either way a rethink to something shorter was required added to which the ground was sodden so walks involving lots of marsh symbols (most of the early section over Sinc Giedd) were to be avoided.

I settled on the Cwm Sere Ridge by the northern ridges of Bryn Teg returning by Allt Ddu.   The southern approach to the same ridge, encompassing Peny-y-fan and Cribyn was my first return to the Brecon Beacons after too many years back in December.  I had also passed over both summits with Euan just after Christmas.  That is the nature of the Beacons, the ridge is short but there are oh so many interesting ways to approach it and exit from it.  I had an interesting experience with a (thankfully) musseled Doberman in one farm yard that prevented me leaving the car but I finally found a dog free area to park and set off up the slope of Bryn Teg. 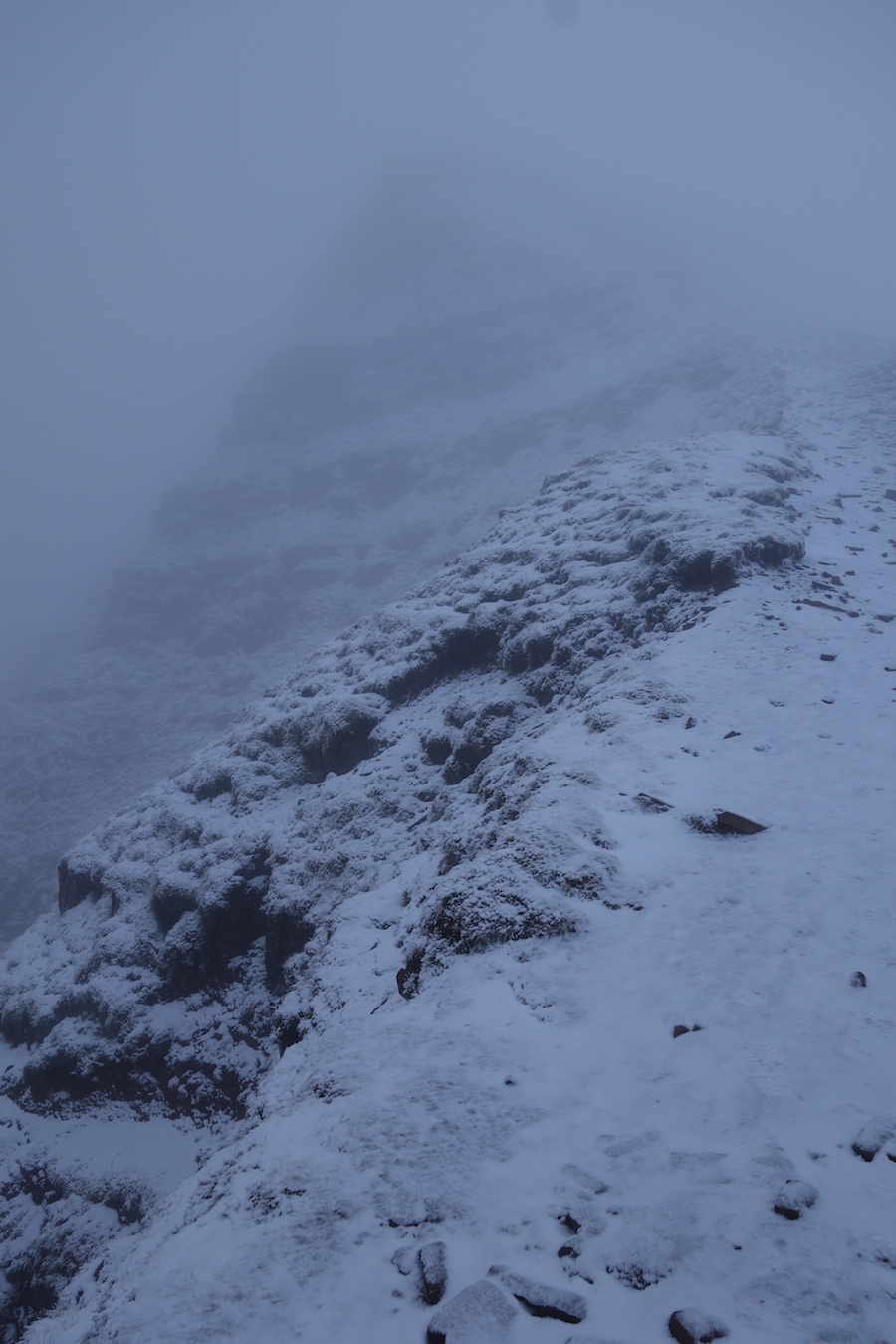 The approach involved two sharp climbs, the first muddy the second (and steeper) icy.  A pattern repeated on the return leg from Pen-y-Fan (pictured).

This was a day of changing weather; it started and finished with bright sunshine but in-between we had both hail and snow and a more or less permanent rainbow to the north.  But as they say there is no such thing as bad weather on the mountains, just bad equipment and my Paramo/Rohan mix is proving ideal.  Again I was delighting in being fit again and looked forward to the ascents, which to be honest were easy and safer than the descents.  The ridge was busy but no one was lingering on the top of Pen-y-fan other than a solitary raven; my spirit animal by the way, but that is a story for another day.  I picked my way down with care and as the slope levelled out the light became quite wonderful, meaning lots of stops to get out the camera, 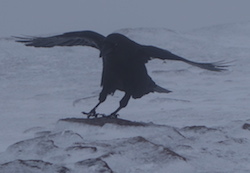 and the need to shelter it from the hail which was still intermittent.  You get a sense in the panoramas below; the first looking west, nor west, the second east, nor east.

Winter is special on the hills, the light in particular is so much better than the haze of summer.  The temperature encourages progress and one only has to carry limited supplies of water.  As I strolled down the ridge to the final summit of Allt Ddu I was wondering why I had neglected this experience for so long, and neglected myself to the point were I would not have been able to enjoy it.   A collie accompanied me along this section, bored with her won group or more likely following my ham roll in the hope I might drop some of it!  From Allt Ddu the path descends abruptly to the valley where the final stages were very, very muddy, but there was a stream to wash off boots.  Given the forecast I almost wished I had stayed over for a second day, but work called and I settled down to the 2.5 hour drive home.   The photos of the day can be found here, but note that the first six are of the Rhonda Valley both from the pub and looking back to it.

Australasia on the horizon

I slept in this morning, catching ip after a difficult couple of weeks.  It was ...

A series of emails and skype calls today built up a head of frustration with ...