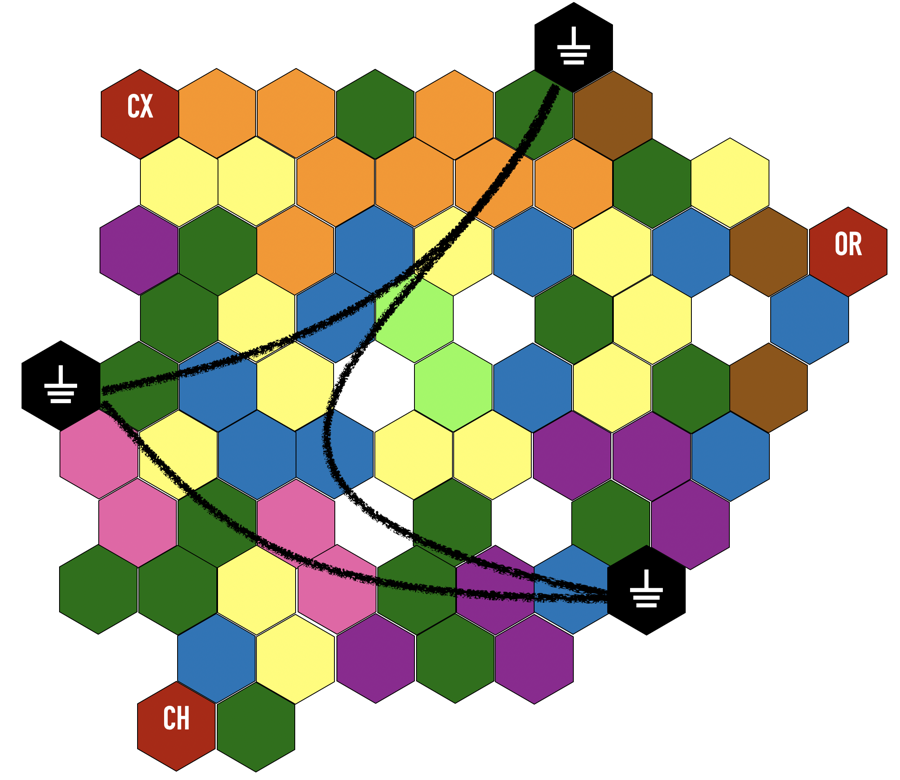 As indicated in yesterday’s post I promised to talk today about the recommended way to create the Cynefin Framework.  It’s not the only way, but is recommended.  Anyone can throw together a matrix (or more recently my favorite magpie appropriated Cynefin terms into a doughnut) and ask people to populate it.  But Cynefin is more than that and it’s focused on sense-making.   My original work in knowledge management before Cynefin identified the way in which levels of abstraction determine the consistent creation and use of information.  If we don’t share the same level of abstraction it is difficult to communicate effectively and language itself is not enough to do that; rich context requires a shared narrative.

So way back in my IBM days, when I finally got some staff to support me, I started working on ways to create Cynefin in context through workshops.   We did that first in a workshop at an IKM meeting in Canada (I think Toronto) and I worked with Cynthia Kurtz and Sharon Darwent who were both members of my team (along with Fiona, the two Nicks, and others who are often neglected when this period is talked about).  By then Cynefin was established in its five domain form and my focus was on the importance of what was then called disorder to the overall framing.  In that session, Cynefin came up with an exercise which we called Butterfly Stamping (A Kipling reference if you don’t get it) in which we created a simple form with columns for the five Cynefin domains, and then we identified a series of categories such as ecology, sports, games, etc.  For each of those, we created exemplar cases of the field in the five domains, sometimes using third-party experts.   We then randomised that material and put each item on an individual hexagon post-it note.  We then gave that pile and a blank sheet of butcher paper and told the participants to create the Cynefin framework.

That exercise has continued to the current day and a key part of it is the refusal to give any advice or instruction beyond use these to create the Cynefin Framework.  Now before that, the Cynefin framework has been presented and critically the participants have been told that it is a sense-making framework in which the data precedes the framework, contrasting that with a categorisation framework.  That statement is heavily emphasised.  You then get all sorts of patterns.  Some groups draw a two by two and allocate the hexagons, others draw all five domains while only a few start to position the hexagons relative to each other and only then draw the framework.  That if course is the correct approach.  Only once, in South Africa, did someone step back and realise that there was a wider pattern of groups of five hexagons so his group spent time doing that sorting then allocated.  I couldn’t fault them but it was not the intent!   That is a valuable teaching exercise in its own right.   Once the groups have got Cynefin in their minds through the Butterfly Stamping exercise, then we have created a common level of abstract and only then do we apply Cynefin to a real word situation.

Later at a workshop in Singapore for the Government (we had a lot of very senior Government Officials) I created on the fly the linear and four-points method for Cynefin Creation.  In that case, we had generated a lot of short narratives from a series of Future Backwards exercises and I decided to make additional use of the material.  The Exemplar narratives in this case were key turning points in the history of terrorism in Singapore.  So I consolidated and replicated the material for different groups and set two types of activity in progress.

Now there are fuller descriptions of both of these on the Cynefin Wiki, if you are not a member join and engage!   More recently I became concerned that the use of Linear in training courses, because it is easier, was not emphasising the critically of the central zone of disorder by then known as Aporetic/Confused.  So at that point, we created the Three Points variant.  This links in with yesterday’s post and follows similar logic and this should now be taught on the Cynefin Base Camp.  However, we have introduced and broaden the concept of Butterfly stamping to create multiple exemplar sets using film scenes, books as well as application areas such as Agile, Organisational Development, and the like.  These are all being developed on the wiki and will be available as standard hexagon sets shortly.  The sequence is then:

The exemplar sets are being created with liminal items as well as the main categories and handouts will be available for participants showing the idea positioning as well as a facility to compare results within the organisation and with other organisations.  I am hoping that makes training easier and will prevent some of the nonsense confusions that I will address in tomorrow’s post.

Once this is complete, then you have created a common level of abstraction and the group(s) can go on to use their own data and experience – either historical or as a current situational awareness exercise and can use what they created and agreed as a reference point.  By using a indirect set (I especially like film scenes) first you avoid people starting to consider the actual issue before they have assimilated the framework itself.

Now, this is a sketchy outline, more in the wiki and more on the basecamp course.  But the point about abstractions allowing common meaning to emerge is a key one to which I will return later in the year.

Tomorrow, common errors in the use of Cynefin and what I mean by counter-factual mapping.

As is now the tradition I am using St David’s Day to provide the annual ...

Cynefin has always been about boundaries which critical to human sense-making.  Give people a spectrum ...