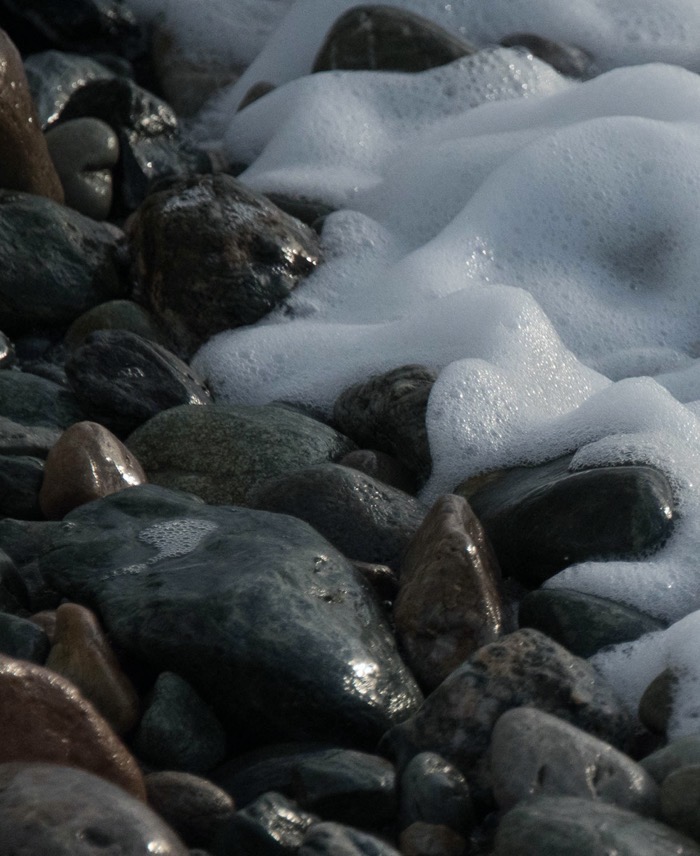 In my prior post in this series, I said I wanted to explore the idea of aporia in more depth but a week of reflection says that should be the content of the final post in this series which will now have five parts.  It is a useful coincidence as I did five walks in Snowdonia back in January 2019 and I have been using pictures from those albums. Todays banner picture is the view from the summit of Snowdon looking over the Miner’s Track taken on the 3rd January 2019 and the inset picture was taken on Rhoscolyn beach near the Cabbage Patch cottage I rented in Anglesea in January 2018.  I was completing a set of posts under the general title of “A sense of direction” which focused on organisational design and Cynefin.   I chose it as the subject of this post is granularity and rocks worn by the sea with an incoming tide seemed an appropriate metaphor.

Three common questions stimulated this post:  (i) What domain is Cynefin in? (ii) Isn’t everything complex? (iii) How do I know what domain I am in?   In the most part those questions are genuine although the odd troll has been known to drop the second ad nauseam on otherwise civilised conversations.  I want to look at all three questions and then also pick up on a possible use of the A/C (formerly disorder) domain as a way of transiting from the more traditional two by twos and spider diagrams that are all too common.  The second two questions relate to each other and here the answer lies in the granularity of what you are dealing with.  This is by necessity going to be a general answer but it is not to difficult to do in practice.

Remember Cynefin is a decision support framework so its focus is on understanding the underly nature (ontology) of the problem being addressed.   So the idea that an organisation as such can be in a domain really doesn’t make sense.  Neither by the way (and I will return to this later) can we say that an organisation fits as a whole in any framework.  Indeed that assertion probably places you in the A/C domain and more to the C than to the A.  However the organisation faces situations, issues and such like and those can be placed within the various Cynefin domains.  Methods and tools also have characteristics than place them in Domains or in transition between or within domains.  One of the values of Cynefin is to avoid using a tool build on assumptions of causality in the non-causal domains and vice versa.  Hence the designation of Best-Good-Exaptive-Novel practice.  In the A/C domain we have primary sense-making, namely creating sufficient structure to shift into a domain where the nature of action is known, and in general that means a shift into Complex or either of its linear aspects.  At high levels of uncertainty the shift to the liminal complex►◁chaotic domain is called for and there highly diverse human sensor networks are developed in near real-time to determine plausible and implausible pathway.   If the uncertainty is bounded then a series of linear iterations around a core idea will work, its in the liminal complex▷complicated domain.  Otherwise where the evidence supports multiple conflicting hypotheses and the appropriate pathway cannot be determined within the timescale for decision making then we assume it is complex and create multiple safe-to-fail experiments that operate in parallel for each coherent hypothesis.  The parallel experimentation changes the dispositional nature of the problem definition and solutions start to emerge.  So take any of the various two by two frameworks, constructed by apply retrospective coherence to observed phenomena, subsequently ‘validated’ by confirmation bias surveys ;and they sit in A/C and their utility may be to give you a transition from something which is understood and familiar with management to something more authentic to reality.   I may blog separately on the links to the Denison Orgnaizational Cultural model as an example of this in a subsequent post.

So a good starting point is to assume you are in A/C and try and make that as aporetic as possible.  Otherwise the goal is to reduce the granularity of the problem until aspects become exclusively complex or ordered (or in transition).  As soon as you reach that level then you apply the appropriate techniques.  In a complex world then mapping constraints is one way of extracting ordered elements which can be manipulated experimentally.   I’ll be updating ABIDE shortly to list the things that can be directly managed in a complex space but as a refresher remember the end of the children’s party story.  We can manage the constraints, the catalysts and the allocation of resources but little else.   If in doubt then take the highest level of uncertainty and work from that.

So that leaves me with which domain Cynefin is in?  For a start, I am not sure it is a valid question, but if I had to answer I would say that it starts in the A/C domain.  Something that the four points method for its creation make explicit but then in different aspects it sits in all the rest.

In my first post in this series, I talked about the renaming of the disorder ...