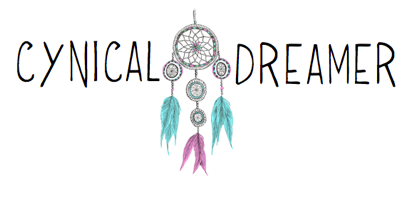 In the course of writing my Christmas series I came up with a throw away comment about the 3Cs of research. I made that comment in the context of the way in which so called research is used to support stories people want to believe and yes, I was being negative. It got retweeted a few times and I was asked to expand on it so here goes. I also found the wonderful opening image on a quick web search for curious cynics and I wish I could acknowledge its source but it is just there as an image. So if anyone knows the artist let me know. I’m almost tempted to have it tattooed somewhere on my ageing body. As I thought about it, the 3Cs have wider application so I plan four posts on this. One on each of the Cs then I’ll pull it together in a concluding post on Sunday it what may end up as a manifesto for curmudgeons everywhere.

So lets start with the cynicism and I quote intact from wikipedia which, for the record is pretty good on philosophy articles. But then I would say that as I’m one of a small band of editors who monitor them!

Cynicism (Greek: κυνισμός) is a school of Ancient Greek philosophy as practiced by the cynics (Greek: Κυνικοί, Latin: Cynici). For the cynics, the purpose of life was to live in virtue, in agreement with nature. As reasoning creatures, people could gain happiness by rigorous training and by living in a way which was natural for themselves, rejecting all conventional desires for wealth, power, sex and fame. Instead, they were to lead a simple life free from all possessions.
By the 19th century, emphasis on the negative aspects of cynic philosophy led to the modern understanding of cynicism to mean a disposition of disbelief in the sincerity or goodness of human motives and actions.

A point I have made frequently in conferences and training is that it is the cynics who care in an organisation because they are still prepared to criticise even though it may not be in their self interest to do so. They don’t take things at face value, they are reasoning creatures and they don’t go with the flow. Now as with all things the golden mean applies, a point that stands between excess and absence. Rejecting everything regardless is as bad as the sycophantic enthusiasm you see in two many workshops. To question you have to have a degree of moral authority. That doesn’t mean living in a barrel although I have always respected Diogenes for that. No one can be that pure, but to practice cynicism you also have to be able to dream and you do have to care. To be cynical without wanting things to get better is to my mind a sin of both omission and commission and doubly damed as such.

Excessive pressure is placed on people to conform to the current management fad, to exhibit enthusiasm for the latest collection of platitudes manifesting as a mission statement, to only look at the positive aspects of a project. I’m not surprised consultants like this as if cynicism is banned you can always claim a positive outcome for your engagement. But then you have a false level of confidence in any outcome. It is one of my issues with Appreciative Inquiry and Positive Deviance, not in their original application, but in their modern industrialisation. In both cases the common practitioners have lost the subtlety of the founders, the same is happening with Design Thinking by the way. Industrialisation of practice in methods, the shift away from the artisan is one of the plagues of the modern age.

The most frequent area needing a more cynical response is the abuse of cases. Finding cases to illustrate a point is fine; finding them to provide evidence for a method, tool or conclusion is another matter all together. A new method or theory should either be tested a priori against natural science or should result from consist application of that method or theory over time to a problem. The scientific method is about repeatable application not about retrospective coherence.

Another area is the question of intentions. I never understood why anyone took some IBM Executives seriously when each year they made highly personal statements about their commitment to whatever was the latest fashion item. It was a particular problem when the consequences of their passionate commitment would be felt by others and not by them. Do Executives think people don’t have memories? I am always cynical about statements of intent until I see them lead to action. And to be clear I am as guilty of others in failing to make that leap on many an occasion. The fact that we can’t aways execute on intention is part of reality; asking people to accept that this time it will be different is fiction, and pulp fiction at that.

Finally (well there are more, but even a curmudgeonly cynic has to stop somewhere if they want to dream) we need to be deeply cynical about any method or tool that does not allow us to question or challenge what people are saying. The idea that all ideas are equally good is arrant nonsense and dangerous to boot. Suspending questioning for a period to allow an idea to develop is OK, but making people feel guilty about challenging your ideas and making life difficult for you is to be condemned. Oh and that includes the This is how I feel so you can’t be nasty to me manipulation all too common these days.

I’m still in an OD mindset after the last twelve days of posting and there ...

… which the Elephant’s Child in Kipling’s Just So Stores had in abundance. I’ve previously ...