Dancing to the Masochism Tango 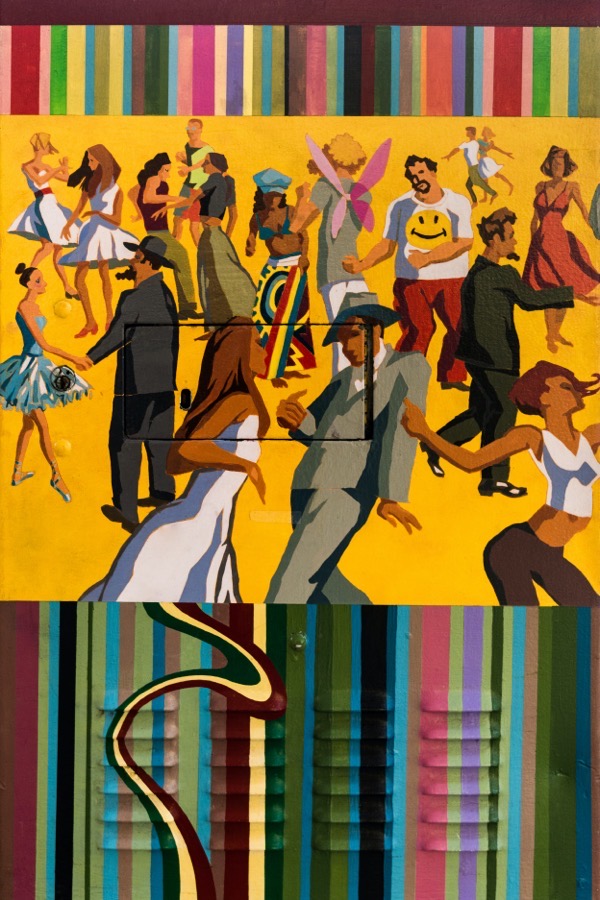 My mother had a love for the work of Tom Lehrer so from a young age I grew up listing to his songs. To this day key phrases from his songs come to mind, especially when meeting some of the manipulative stupidities that attempt to pass themselves off as new methods and approaches to organisational development, or Agile.  Those two areas seem especially prone to picking up on pseudo-scientific or manipulative (if sometimes well-meaning) promises that are at best palliative and at worst snake oil, mostly the latter not the former.

The proximate trigger for this post was discovering I was speaking on the same platform as (i) a purveyor of training certificates to become a Chief Happiness Practitioner and (ii) a NLP Master Practitioner (one of the more pernicious and manipulative pseudo-sciences) who had decided he can map everyone into four patterns (on the basis of a few email exchanges I was designated to a some little boxes) and a motley collection of heuristics; thus combining the manipulative characteristics of NLP with the crude and meaningless categorisation style of Myers-Briggs. Conversations with people like this always end with an attempt to suck you into the narcissist’s trap of suggesting that you won’t fully understand what they are doing until you attend their indoctrination programmes. You also get subject to moral homilies along the lines of “Don’t you want people to be happy” or an attempt at ‘expert’ patronising comment “Oh you are only saying that because you are a ….“Go down that path and you end up drinking the cool aid.  The NLP key even things spiral dynamics is a complexity model, god help us.

The reason there are so many of these types of offer escapes me to a degree.  I think one factor is a false desire for certainty and the normal attractiveness of a cult – you no longer have to think for yourself.  Coming back to Lehrer, this triggered a memory of his The Masochism Tango, the image of people being swept up into a form of deepening perversion over time.  That said, Lehrer’s Poisoning Pigeons in the Park (my all time favourite) may be an appropriate response.  So if, after you had read this post you feel like joining me to do in a squirrel or two make yourself known!

The other, and more significant issue, if we take a look at this through the lens of anthro-complexity, is that our Purveyors of Happiness are attempting to manufacture what can only be the outcome of an emergent process.  Happiness (or contentment, or an absence of unhappiness, or stoic acceptance of the inevitable etc. etc.  its really not that simple) arises as a result of interactions over time, it can’t be manufactured and certainly should not be manipulated.  The attempts of too many people, on the dark side of psychology and psychotherapy, is that they want to place you into categories which assume context free responses and allow for control (in many cases – you are X so you can’t do Y) or removal of developmental opportunities.  Another song comes to mind here, namely Malvina Reynolds Little Boxes on the Hillside which is the theme of my banner picture: Ticky tacky says it all.

Last year, as a part of the annual St David’s Day update on Cynefin, I made a key distinction between what can be measured, and what can be managed.  That post was a provisional list and I need to update it. The point I was making then, and am repeating now is that you can’t engineer an emergent property, you have to create the conditions and nurture its evolution over time.  A major issue with the last few decades has been over rapid identification of desirable qualities that have emerged in from a limited and highly selective cases (or more frequently perceptions of cases) over time coupled with a formulaic receipt offering to create those qualities in your organisation.  It’s a basic error of logic, as I have said many a time the fact that innovative people tend to be creative does not mean that running a creativity programme, or setting a 360º Leadership target on that quality will make you any more innovative.  Qualities emerge from interactions over time, in contexts which are often unique but poorly remembered.  In the Agile community you can’t implement the Spotify model, but you might be able to replicate aspects of their journey and create something similar but unique to your organisation and far more resilient.  But that requires effort over time and patience together with a deep understanding of inherent uncertainty and the nature of complexity and emergence.  Too many people try and avoid that in favour of the shallow-way to simplistic recipes and recycling of tired methods and approaches that avoid complexity in favour not of simplicity, but gross over simplification.

More on this in future posts – but we need to get people focused on what can actually be managed with feedback loops that allow rapid amplification of shifts that are desirable and dampening of those which are not.  Overall energy is key and acting in different ways is far more important than talking about how you will be different.  If you want to change an organisation the energy cost of virtue has to be less than that of vice.

How to Create a Citizen Sensor Network

New uses for sensors are being created all the time; from marinas using them to ...

I’ve been expressing some irritation on social media over the last week or so with ...