Electronic rats & the need for Love

I don’t know if I should be amused, disturbed or distressed by this article in Spiegel magazine. Replicating a part of the cerebal cortex of a young rat with 10K computer chips hardly approaches a human brain in complexity, or that of any mammal for that matter. The energy consumption for anything more substantial would create a global warming effect that would finish off the human race any way, but I can see that it may be useful science. This is a bit scary mind you:

The machine is beautiful as it wakes up — nerve cells flicker on the screen in soft pastel tones, electrical charges flash through a maze of synapses. The brain, just after being switched on, seems a little sleepy, but gentle bursts of current bring it fully to life.

I am not sure I want it to wake up and it is of course incomplete. We know that human intelligence is also linked to our hormonal systems, our environmental interaction not to mention other parts of the brain itself. The inhuman artificial intelligence of many a space opera that wipes out humans would have cortex like functions alone, we are more than that. 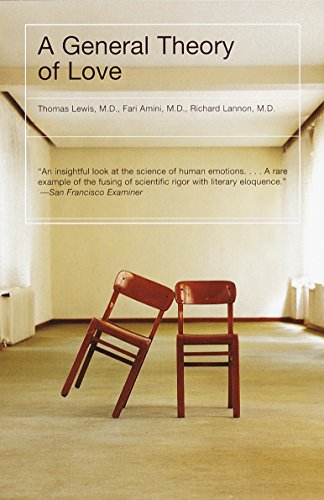 Lewis et al in their book A General Theory of Love point out the importance of emotional care of children for the development of the Limbic Brain. The cortex alone can be dangerous (even programmed to represent it self in pastel colours to lull us into acceptance). Two quotations from that book demonstrate this point (My emphasis):

Because mammals need relatedness for their neurophysiology to coalesce correctly, most of what makes a socially functional human comes from connection – the shaping physiologic force of love. Children who get minimal care can grow up to menace a negligent society. Because the primate brain’s intricate, interlocking neural barriers to violence do not self-assemble, a limbically damaged human is deadly. If the neglect is sufficiently profound, the result is a functionally reptilian organism armed with the cunning of the neocortical brain. Such an animal experiences no compunctions about harming others of its kind. It possesses no internal motivation not to kill casually from minor frustration or for minimal gain. One young offender who crippled his victim during a mugging accounted for his actions in this way: “Why do I care? I’m not her”

Limbic deficits engender un controlled viciousness, through a process established long ago within our fragile physiology. Recall that the brains of neglected children show neurons missing by the billions. Lest anyone thing those vanished cells are inconsequential, our own children prove otherwise.

The thing I like about Lewis et al (and the book is not perfect) is that they show the interdependence of the elements of the triune brain. They avoid the crude dichotomy of the emotional and the rational that pervades too much management speak. Also the issue of connectivity is key. One of the hopes for the net and social computing in general is that it will increase that connectivity, and thus create a pseudo-limbic capacity in social interaction across cultural boundaries.

My thanks to Mind Hacks for the original reference

The serpent and the blog: ring composition

I am reading Mary Douglas’s excellent little book Thinking in Circles. To my mind ...

The blogosphere as an artifact of distributed cognition

There is an old joke that I repeat from time to time (well that is ...