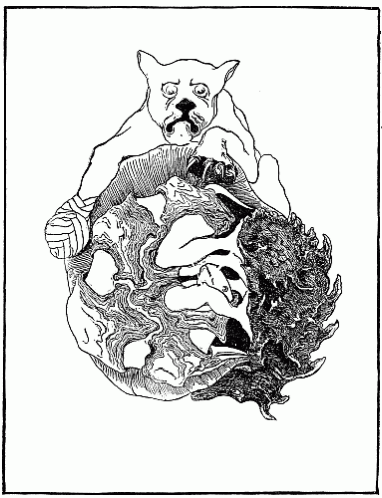 Two days ago (apologies for skipping a day) I said that I would pick up on the role of archetypes in narrative work.  I wrote a two-part article for ECO on the subject, featuring the work of Sonja and others in South Africa (where the technique was developed).  The article hasn’t moved over to our new website yet but I found an external link.  It does describe the method for creating archetypes from raw anecdotal data so if you want to understand that read before continuing.  The article is more generic in terms of the wider role of narrative and I don’t intend to repeat the material here – in part because I still think that is some of my best writing on the subject!  So I am assuming knowledge of the method and the general theory in readers of the post.  It provides the background to the wider role of narrative in human systems, the perfect quote from the pen of Terry Pratchett in Witches Abroad and one of my favorite cases where we used archetypes with a South African Bank.

I’d make the point that I would no longer use the term “The social construction of …” as there is too great a danger of that being confused with social constructivism.  My irritation with the post-modernist obscurantism and stereotyping cant of Boje and, to a lesser extent, Taptiklis shows through by the way, and I have no desire to moderate that in any way!  The article also contains an elaboration of my concern about using workshops as the primary (please note this word) with expert facilitation is the primary generator of meaning in any process.  The article ends with a plea to understand that complexity is the new simplicity.  I’d add to that a statement that anthro-complexity is the science of common sense; it provides a scientific explanation for what sensible (all meanings of that word intended) people have always understood.

Now that article describes the use of archetypes as a cultural indicator and as a means to have difficult conversations.  There is also a key link to the previous post in this series on lessons learning.  One of the historical uses of archetypal story forms is to allow confession of failure without allocation of blame.   I have frequently quoted the Mullah Nasrudin in this blog since the day a Librarian brought my attention to the tradition; if the responsive party reads this then please remind me of who you were and when so I can acknowledge my debt!  I am pretty sure it was at a conference in the Peak District but that is the limit of my memory.  That Sufi tradition is powerful as if you do something stupid then you don’t confess your stupidity, you create a Nasrudin story, and if it is a good one the learning will spread organically.

Now there are a few things that I need to be clear about here and that is best done by identifying three things that archetypes, in the sense of my use, are not:

The danger of stereotyping is well illustrated by this quote from one of my top three Just So Stories, The beginning of the Armadillos.  The basis of the story is that the Painted Jaguar is seeking to eat either or both of Stickly-Prickly Hedgehog and Slow-Solid Tortoise (don’t you just love Kiping’s use of language O Best Beloved)  by following his Mothers advice: My son, when you find a Hedgehog you must drop him into the water and then he will uncoil, and when you catch a Tortoise you must scoop him out of his shell with your paw.  Under the pressure of being eaten the two stereotypes acquire the different properties of each other to become a new creature.  Slow and Solid learns to curl up and Stickly-Prickly learns to swim and as a result, the Painted Jaguar is both confused and frustrated.

‘Mother,’ he said, ‘there are two new animals in the woods to-day, and the one that you said couldn’t swim, swims, and the one that you said couldn’t curl up, curls; and they’ve gone shares in their prickles, I think, because both of them are scaly all over, instead of one being smooth and the other very prickly; and, besides that, they are rolling round and round in circles, and I don’t feel comfy.’

‘Son, son!’ said Mother Jaguar ever so many times, graciously waving her tail, ‘a Hedgehog is a Hedgehog, and can’t be anything but a Hedgehog; and a Tortoise is a Tortoise, and can never be anything else.’

‘But it isn’t a Hedgehog, and it isn’t a Tortoise. It’s a little bit of both, and I don’t know its proper name.’

‘Nonsense!’ said Mother Jaguar. ‘Everything has its proper name. I should call it “Armadillo” till I found out the real one. And I should leave it alone.’

So there are many and various ways in which we can use archetypes and I think it is easier just to sit the ones that come to mind, but his is not an exhaustive list and I decided to stop at seven.  All of these assume the emergent process described in the article and not the normal habit of some expert creating a set of what they call archetypes as a means of categorising customers or employees.   Or, and this is a more subtle point, someone using our method but telling people up front what the goal is.

So that gives some flavour of the value of an ancient technique, re-imagined and re-purposed with sound theory to work at scale and with deliberative intent.  Ponder that statement, it’s key to the whole field of anthro-complexity and a shift from a subjective to an objective approach in understanding and managing change.

Opening illustration from the Gutenberg ebook titled  “picture of the whole story of the Jaguar and the Hedgehog and the Tortoise and the Armadillo all in a heap.” used under the terms of the  Full Project Gutenberg-tm License available online.

As I promised yesterday I want to pick up on the use of narrative in ...

Of congruence and coherence

My old headmaster, of fond memory, was too find of appealing for harmony at school ...