When you get a clear day in Hong Kong the view is spectacular.  This picture is from Les Hale’s office – we partner out here with CIO Connect and Les has become a very good friend over the years.   I used this picture as it shows the office lights like some alien spacecraft, rather than the one without the window in the way.  The climate was really kind today.  After watching the Lions match I was dreading it, but wind and rain had changed everything.

I came in late last night on Cathay Pacific and was very impressed with their service.  They used to be an airline I avoided but now they are pretty outstanding.  While on the BA flight out from London I had been greeting by a tall blond stewardess with a loud voice proclaiming And are you the diabetic meal? here Someone knelt down and discretely asked me then obviously knew enough not to create problems with other offers.  That evening I went online to allocate seats but there was a problem with their site recognising I was Exec Plat on their One World Partner so I used the email facility.  Shortly after that I got an email from one Nelly a Reservations and Ticketing Officer who allocated me exit row seats by return.  I’ve never had a response that quickly from any other airline, most keep you waiting for a week and send a form reply which indicates they didn’t read the request in the first place.    I had a meeting with the CIO of Cathay this afternoon so I passed on the compliment, although I couldn’t remember the name at the time so I am correcting it here.

One of the things you learn about doing business here is to be patient.  You need to build a reputation over time, work with local partners and show some respect.   Lots of cultural and other factors to take into account but is one of those exciting places that always present a different face on every visit. 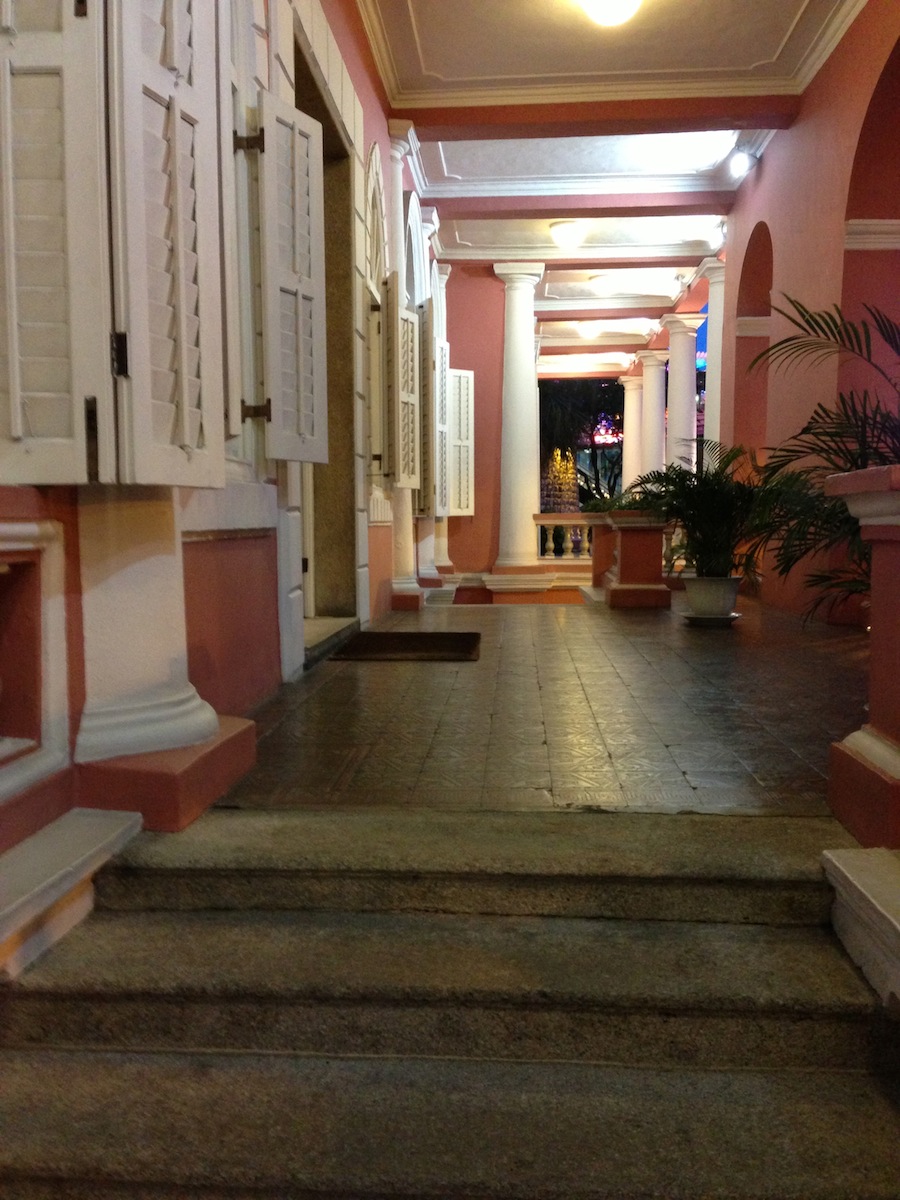 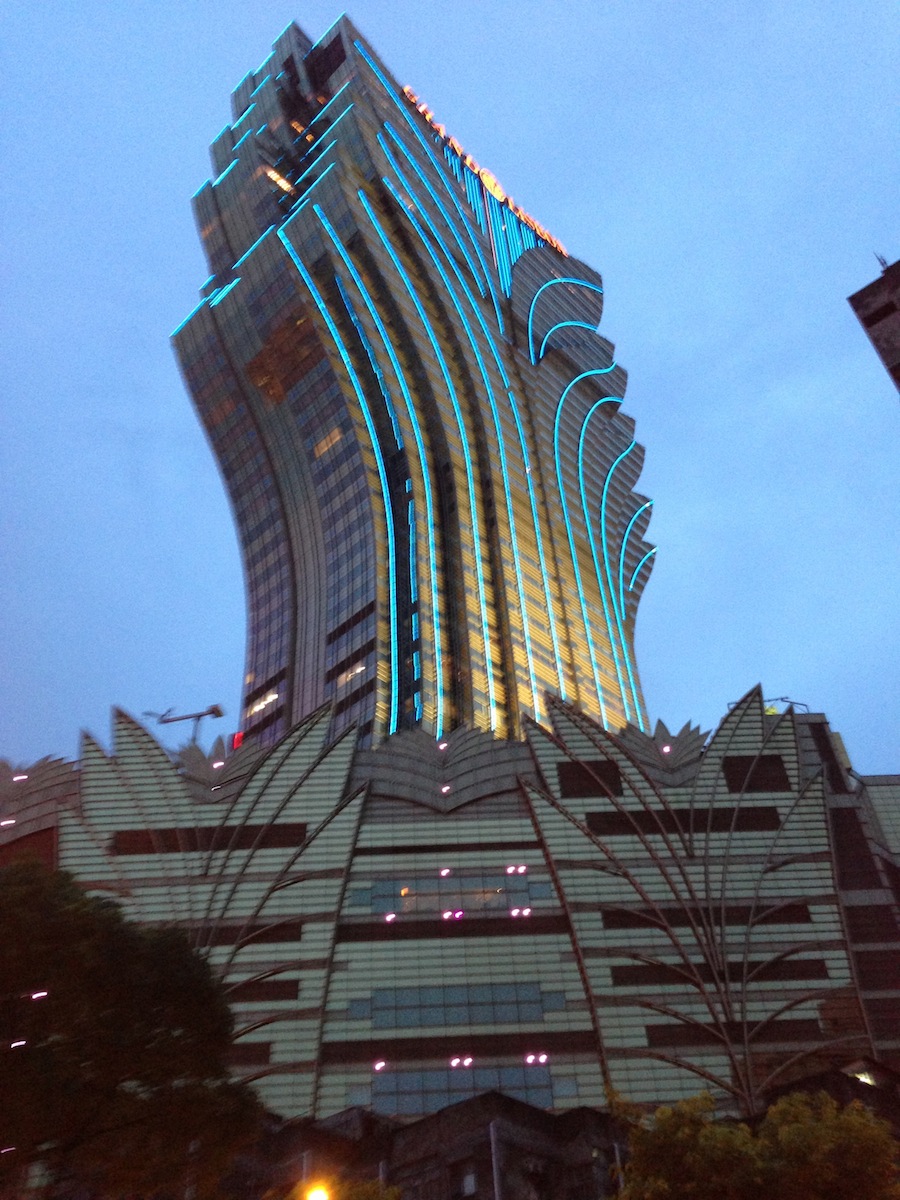 I was only here for a day so it was packed.  The morning was working out a series of offers for the Insurance Sector, then out for a lunch to discuss China followed by the Cathay Meeting.   If that was not enough we then took the ferry to Macau for an evening meal.   It is my second visit and the contrast between the new and the old is extreme.  On the one hand we have Portuguese colonial architecture and on the other, well, I am not sure how to describe it but the two photographs illustrate the issue.  To the left we have the old Military Club where we had dinner, to the right we have the new hotel which the camera on my iPhone blurred intentionally to protect me!

Either way inside was all peace and good conversation with outstanding Portuguese Brandy (spirits are OK on my new diet so all is not lost).  It went on longer than expected and we had to upgrade to get a Ferry back before midnight.   By the time I made it to the hotel I was barely standing without support and collapsed into bed knowing I had to be up five hours later to pack and leave for Bangkok in a fleeting visit before ten days in Australia.   As a result this blog has been written retrospectively from notes I made on the ferry!

We deal with some big issues for our clients and partners on a regular basis ...

Father, why weepest thou ?

There are some days when you should really stay in bed lest Mike Harding's prophesy ...