In case of confusion, this post is part of a catch up exercise, one month late (sigh) so written in July, posted with a May date but I am sure readers can sort out which comment relates to which date!

Having driven to Oxford and back at high speed, we just made it back to Hay in time to make Don Cupitt's talk on progress only five minutes in.  Thankfully he had a handout which provides a neat summary of what he said as a handout.  Said handout is a much better summary than anything I could have written, so I have scanned it and loaded it as an image below.  It turns out I can't just load a file and reference it anymore unless I call it a blog or an article or the like.  Hopefully its readable, if it isn't email me  and I will send a copy.   Ironic really given the subject of this post.  I thought the new web site would be progress and it is in many way, but not for the blogger.  It takes a bit more effort to post as I can't use echo and have to be online.  That is not the major reason for the lack of posts by the way.  Work load this last month has been excessive and a bout of really bad illness following a few days in Burkima Faso (never eat chicken in a sauce when its so dark you can't see either properly) didn't help.  Ah well, was ever thus ….

Now progress was an issue which came up time and time again at the Festival and Don Cupitt's talk was excellent in setting the historical context.  The rise of the idea of progress in the Enlightenment replacing a more fatalistic or acceptance of life awaiting the second coming or whatever.  The growth of secular concepts of progress through human effort from which we see both neo-liberal concepts of rights and marxism emerge.  I liked the way he contrasted the optimism of Hegel (my own favourite philosopher) with Schopenhauer's pessimism and linked it to the writing of H G Wells.  Its those sort of delightful and unexpected links that make an event like this.

Given that he brought up science fiction (well in part with Wells) I asked a question about the nature and function of dystopias which dominate science fiction over utopias.  I made reference as I have in the past to what I regard the four great dystopian novels of the last century namely (in order of quality or writing), Darkness at Noon, The Handmaid's Tale, Brave New World and 1984.  Of these only Attwood's novel maintains a concept of rebellion or the idea that things might just retrieve themselves, in the others they end with acceptance of the system, a withdrawal from rebellion and experimentation.   Before anyone gets too excited Attwood's novel is not optimistic, only a glimmer of light remains.

His response was interesting, pulling things mark to Marx and Wells who were obsessed with technology.  He argued that these visions make it difficult to think about the future creatively.  He argued that art and religion need to be more valued, and that the job of religion is to create an alternative to a purely technological future.  Interesting that but (as a good Hegelian) I think these things go in cycles and progress is not linear, but punctuated and could fail.  Part of my hope (and I am an optimist at heart) is that as modern technology moves from the fetishistic practices of the last century to something which is more tool like (apps being an example having spend the rest of the day talking about the shift of core SenseMaker® functionality to an app environment), then we should be able to use technology in background to allow is to think, to reflect etc. etc.

The picture is from Glennz Tee Shirts, one of many and I hope they will forgive me use in return for some publicity here 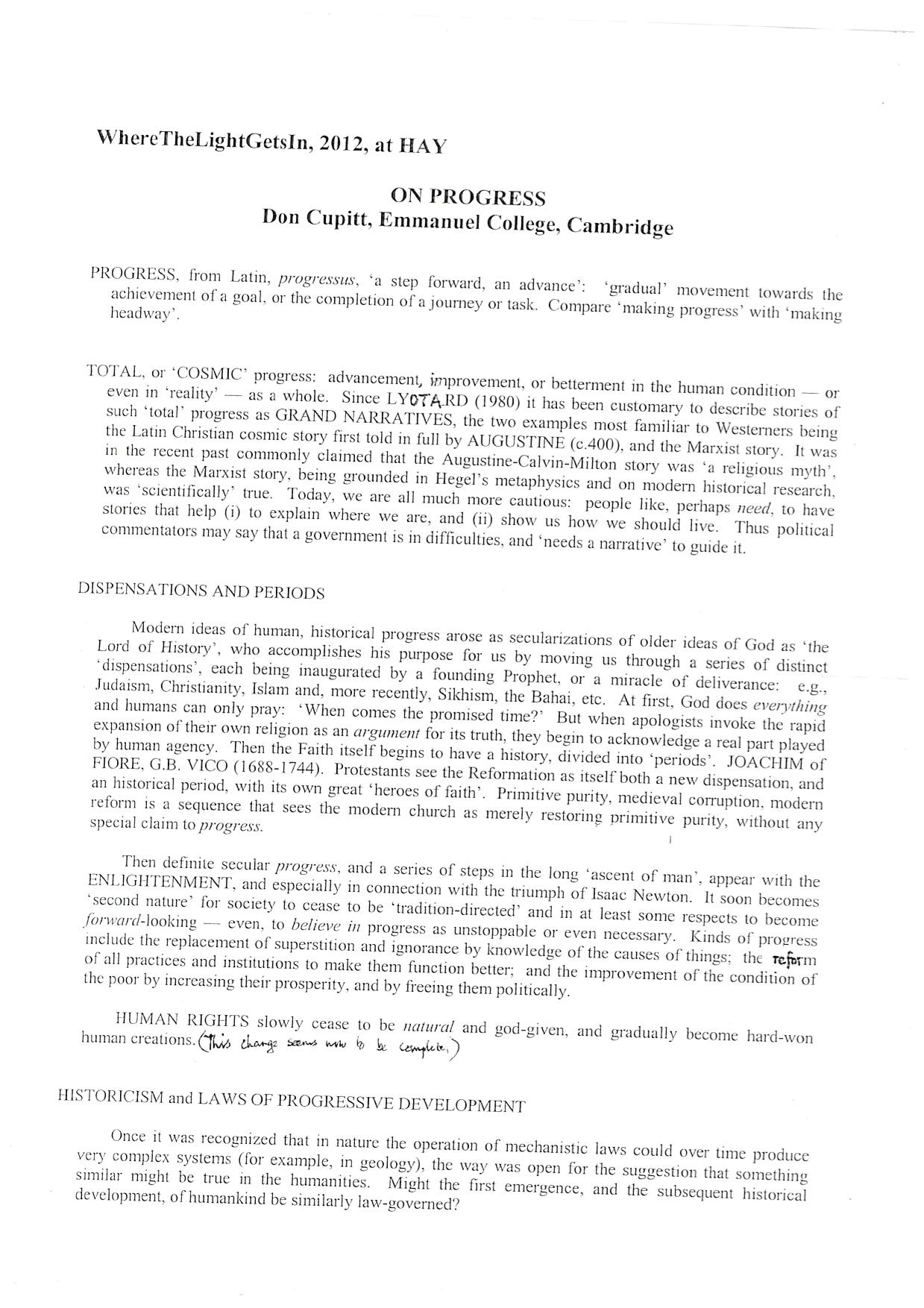 Flying into Bristol from Belfast last night was a good preparation for a consideration of ...

This slogan is one of singularly most stupid ones I have ever seen on a ...