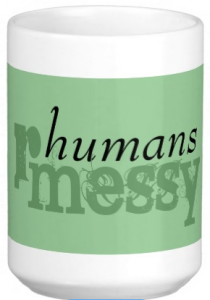 Day three of the Cynefin and Sense-making course focuses on new forms or organisation and the various aspects of cognitive science and anthropology that we have brought into play in both methods and theories.  It is the day that tends to go through more flux than the others as it is a growing area of both theoretical understanding and experimentation for me.   As it happens I’ve been more focused on the wider society issues but all things complex in general ending up as fractal in some way or another most things work in most places.

The practical methods we teach are things like Social Network Stimulation and various short and long term methods for the use of Crews.  That then leads into decision and knowledge mapping and some deeply pragmatic approaches to portfolio management.   Methods aside a lot of the day is focused on getting people to think in different ways given what we now know about people and systems.   A lot of it contradicts received wisdom so it can be a bit of a conceptual leap, but once made things become fairly simple.   A lot of it comes back to applying the three basic heuristics for complexity based design and interventions:  Use finely grained objects. distributed cognition into a network and remove interpretative layers between subject/object and decision maker (disintermediation).  However in this are of our work the big switches are worth summarising:

There are more, but that is enough to be going on with!

Oh, and remember, humans do well with just a little mess.  So those neat and tidy organisational charts rarely conform with reality.   With that in line I could not resist the mug that opens this post.  So I hope I am not breaching IP terms if (i) I have bought one and (ii) I provide the linkso others interested can also buy one.

I've been developing more material around the whole issue of dealing with the humanity (a ...

On the dangers of transparency

My promise of yesterday to post on the question of transparency was promoted when I ...