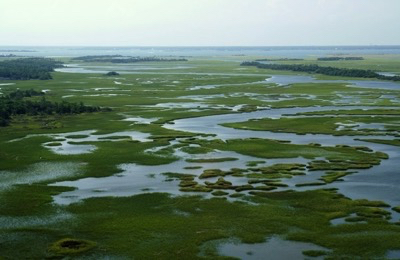 I’m still working on the new use of coupling and boundary constraints for Cynefin so readers will have to wait a few days for that. So I thought I would continue by theme of yesterday, namely the organisational use of narrative. I’m also saving myself a double task as I need to write some of this up for the client I was working with in San Jose this week. One of the strong points I made yesterday was that setting goals and announcing programmes is not the way to go in narrative based communication.

Now that attracted some comments as the idea of goals, common vision, alignment etc. is all pervasive in management science and organisational development in particular. We see the same with the obsession with defining learning outcomes etc. in education, something which means students write to marking schemes rather than explore knowledge and develop wisdom. We haven’t yet got to family goals, mission statements and KPIs but I am sure some idiot will come up with the idea sooner or later. I’ve long applied a simple test in theory here – if you wouldn’t do it in your family or with a bunch to teenagers why are you doing it in your organisation? Note this is a question, I’ll accept sometimes the context is so different that the answer to that would be No, but there again …. But all in all its a good test, and especially so where motivation is a necessary precursor of effective action.

The facts are absolutely clear. There is no question that in virtually all circumstances in which people are doing things in order to get rewards, extrinsic tangible rewards undermine intrinsic motivation
New Scientist 9th April 2011. pp 40-43

The above reference is one I have used before but it is further evidence for the general approach I am taking here. Goals and targets are, in the main, inimical to intrinsic motivation and tend to be a function of growing bureaucracy and control rather than a characteristic of enterprise and innovation.

In the context of narrative work there are three basic reasons I don’t buy goals as such:

But, and it is a very important but, goal setting is not the only way to give a sense of direction. Part of our work on narrative landscapes (derived from but not the same as, fitness landscapes in biology) is to indicate the dispositional state of a system, something we now do with contour maps. To take up the metaphor here, it is easier to walk down a valley than strike over the hills. So given the choice most people will channel, they will take the lower energy gradient of the valley. So if you map the narrative landscape of your organisation you may find:

Whatever, any explicit initiative will trigger partial memories of previous initiatives and filtering will take place based on those memories Given than most initiatives in the past have promised much but delivered less you are starting from a position of major disadvantage.

So what do we do? Well the idea of channelling is key. Faced with an adverse disposition state you start by seeing how to change that so it is more favourable before you even think of setting an end point. If the overall disposition state allows change then:

So the overall message here is simple. Understand where you are and then start to initiate achievable change based on that knowledge. Don’t start with where you want to be and assume people can be dragged there regardless of their starting point. Lots of small initiatives and changes without grandiose declared objectives and promises also helps. Remember your dealing with a complex ecology in which the complexity is compounded by the nature of human decision making, intelligence (or lack of) and multiple often unarticulated intentions and identity states. It is not a machine that can be engineered or built to spec.

I used the image or channels in the marsh deliberately by the way. Navigating marshes is a skill, understanding currents, realising their may be false pathways is key. Even an aerial picture may not tell you everything and most of the time we are down there in the creek surrounded by vegetation.

As promised yesterday it is more than time to update some of my thinking on ...

After yesterday’s post using salt marshes as a visual image of providing direction in a ...