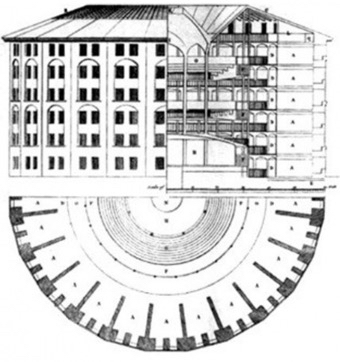 Over the years I’ve developed a range of facilitation and workshop techniques based on the underlying principles anthro-complexity. Ritual dissent is probably one of the best known but we also have large group facilitation based on Cynefin, Silent listening and a few others. More recently I agreed to take part in an open discussion with Harrison Owen, the creator of Open Space on this – that will be an open online event on 9th January 2018. That came out of discussions with some Open Space practitioners where I challenged the universality they were claiming for the process. I’m also for the record slightly dubious about use of the term at Agile events where the technique seems to have been reduced to a series of constrained sprints. Overall I take a horses for courses approach here; Open Space is good for building engagement and consensus but I’m less sure it will work consistently/coherently with more intractable problems where, to take one example, the Law of Two Feet may reduce the capacity of the group to identity and work with outlier solutions. More on that in January, but for the moment I want to outline a new approach, provisionally called the Tricotocon, which I have been working on since the recent Cynefin retreat. I spent some time talking about it over brunch in San Diego and agreed to post here today. Expect this idea to pick up shortly linked to new work on a complexity based approach to design thinking where we may have a joint programme with Stanford and others.

Now I try and use neologisms sparingly, for example I talk about sense-making not sensemaking, but there are times when it works. In this case I am combining two words: trichotomy and the Panopticon. I was originally thinking about triopticon, but when I checked the domain name was taken (accounting services to opticians in South Africa) and casting around for options I realised that the philosophical use of trichotomy was ideal; it links with Hegel’s idea of synthesis and Wes key to Aquinas and Pierce amongst others. We have Aristotle’s three modes of persuasion namely ethos, pathos and logos, Bacon’s three faculties of the mind with memory, reason and imagination; Kierkegaard’s three stages or the Aesthetic, Ethical & Religious and oh so many others with the exclusion of Popper’s three worlds which I have never liked. And of course we use triads in SenseMaker and I’m developing a triad concept for Agile (building on pair programming) and much else. Threes are important to humans.

The second word Pantopticon was coined by Bentham in the Eighteenth Century to describe a type of building in which everything can be observed. Designed for hospitals and prisons the latter use is notorious (as anyone who has visited the one in Port Arthur will know). I also realise that with the famous and ethically challenged Stanford Prison Experiments there may be some issues with the partners here! The aspect of this I am picking up is the idea of observation, and to a degree silence. The silent listening technique means that you present and then listen to people discussing what you have said without the ability to clarify or explain; net result you listen better and improve communication, at a group level we radically reduce first respondent bias and increase the range of information scanned during situational assessment. So the idea of observation and reflection is important here.

The other motivation here was to start to rethink the conference format which is pretty tired. Keynotes and track speakers, the odd token highly constrained Open Space is one format then we get the pendulum swing to the un-conference. While one can privilege the expert, the other can be the tyranny of the mundane. I do a lot of conferences and around a year ago, Jabe, Simon and I had a session at a conference which was one of the most enjoyable, so that was also on my mind. A conversation, ideally an argument (no one who has any real knowledge should be scared of an argument) between experts an stimulate wider discussion on the floor. I also used to debate a lot and the ritualised process of proposition and opposition with the floor and summing up was always educational as well as entertaining.

So what is a Tricotocon?

Ideally I would do this in a theatre in the round, but talking yesterday morning it could be done in any open space, or we could create and assemble a temporary space easily using stage effects of lighting. But the structure of the event is to have three people (the Faculty) of equal subject matter status and expertise sit facing each other in the centre of the performance area. They are then circled by a group who have knowledge but not deep expertise: the journey(wo)men. I need to experiment with the numbers here but my gut feel is five to seven. Then around them, ideally in banked seats are the audience. I’m working on names for each of the circles but haven’t got then fully sorted yet.

The sequence of events is then as follows:

The idea is to prevent the single guru, and the middle tear act as interpreters and facilitators.

If anyone is interesting in using this at a conference let me know! In the meantime I’m going to further develop it, with partners.

10 responses to “In the Tricotocon …”

I wrote a series of posts about scaling over three year ago which in part ...

The liminal version of Cynefin has been slowly evolving over the last few months. It ...