Industrialisation of the craft 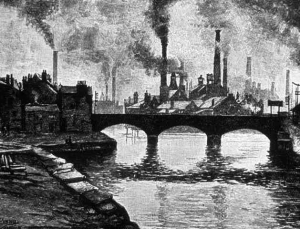 5: Taking something of value, but then seeking to industrialise it

While I detest cults I have more sympathy for my fifth target in this series.  There are a lot of things that start off well, but then shift from the capability of an artisan to a fully industrial model in an attempt to scale without the cost of a true apprentice scheme.  The normal approach to mastery is not a short training course, but rather an extended apprenticeship in which mistakes are made as you attempt to copy the master and the stories of those failure are shared with others.   Then you reach the stage of Journey/wo/man at which point you can teach others.  Finally you achieve mastery.  It is a well developed model of knowledge transfer, but more importantly knowledge creation that has developed with minor variants in multiple cultures.  The imperfect copying means that the craft advances and the ritualisation of the various stage transitions have ethical implications as well as signalling a different level of skill.   It’s no coincidence that the major professions such as lawyers, doctors and accountants have maintained the practice into the modern age.

Now I am not going to deal with scaling per se in this post, that is for another day.  My target here is where a true artisan executes something original which has a significant impact.   The mastery is restricted to the artisan so they create a process by which others can implement the approach without spending decades developing mastery and a series of processes, often well branded and executed are created.   These undoubtably have value, but they loose the ability to handle the particular and ultimately restrict originality and resilience.  It is a common practice with management gurus who seem to rapidly create consultancy work forces who execute the reputation of the originator over time (the double meaning is intentional).  It also applies to individual methods and techniques.

Two spring to mind namely Appreciative Inquiry and Design Thinking, but I could add in any number of consultancy practices that have been spawned by Harvard Professors over the years.  Appreciative Inquiry starts with Doctoral work at the Cleveland Clinic which identified that excessive focus on problem solving exacerbated the problems.  Influenced by Morgan’s seminal work on metaphor Cooperrider and colleagues focused people on a generative approach to understanding or reimagine how things could be better.  It’s a great pity that Cooperrider did not write a book at that point.  However he didn’t and gradually the whole method gets swept up with a whole bundle of ideology and ironically, for an action research method, becomes quite anti-research arguing that what is matters less than what could be.  That in turn starts to develop as an ideological driven opposition to any negativity, something that seems to coincide with its growing popularity.   I would argue that popularity in part comes from the fact that always look on the bright side of life is attractive to those in positions of power as it allows then to disenfranchise negative views.  Also from a cognitive perspective it damages the learning that can come from negative stories and ethically it determines how people should be.  It has become an instrumental not a descriptive approach and that means we loose as well as gain possibilities.  In part the issue here is granularity of material and intervention.

If you look at traditional stories they provide wisdom of what should be avoided but do not tell people where to go, that is for each generation to discover for itself.  The industrialisation of an original idea forces it down narrower and narrower paths to the point where the original intent is lost.   Now that is not universal, I know good practitioners who have not got wrapt up in this false universal prescription, but the price of popularity is too often the development of simplistic messages and processes.

Design thinking goes through a similar process.   We start with good designers spending time in the field talking, listening and experimenting.  Then we need to create more capability so the process starts to be separated into more distinct stages with structured workshops, standard outputs and the like.   I’ve lived through a couple of these and the ‘artist’ or ‘creative’ is still deeply privileged over the participant and ideas of distributed ethnography, research rigour and real (as opposed to token) co-creation go out of the window.  Expect more on this by the way, just before Christmas I passed the first draft of an article on complexity informed design thinking to Mary Boone (My co-author on the HBR Cynefin article) for her to weave her magic.   Mary and I first met by the way at a narrative seminar in Western Ireland where I was subject to attack as evil by an AI crew who thought that no negative stories should be allowed.  Mary hit back with a delightful Carolina drawl and we have been firm friends ever since.

I could go on with multiple other examples, but the wider point stands.  Development of skill takes time and effort; tools can be industrialised, people interventions involving judgement cannot be.  Mills are generally dark and satanic regardless of original intent …

4: Anything requiring you to attain levels of enlightenment I'm never sure if I dislike pseudo-science ...

A lick of new paint

6: Using language without meaning I’m never sure if this particular fault is deliberate sin, ...