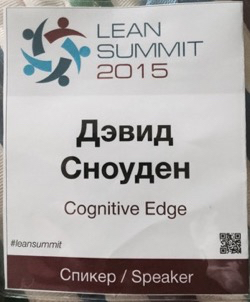 I’m still getting used to Blogo as a tool and the new web site conitnues to have some teething troubles so Culture Scan is going to have to wait until Monday. The teething troubles including getting the template right for the Blogo feed so I have no idea what this will look like. Also as of now I don’t know how to load new presentations to the site but I should have that under control by later next week. Thanks for the reception to the new look and feel of the web site by the way; todate one person doesn’t like it.

So given that delay I thought I would reflect on the keynote I gave this morning in a Black Sea resort to a large group of Russian companies. It was subject to translation, but not simultaneous, so I had to speak a sentence then wait, speak then wait. Fortunately I had a good translator and we had spent two meals and several conversations together getting the concepts accross so she could translate the idea rather than the words. It was the first time I have been explicit about LEAN in this context although it comes up a lot. I’ve also got some more thinking, speaking and writing. However in summary I said:

Now I could have said a lot more and I am further developing the ideas next week in the context of Design Thinking and also at a new course with David Anderson in the context of Kanban although that will range more widely. I’m looking at a SenseMaker® approach to representation in the complex domain. That is at the end of the month in London. So more on this whole topic over the next few months.

The last few months have seen restricted opportunities to walk. Last year at this time ...