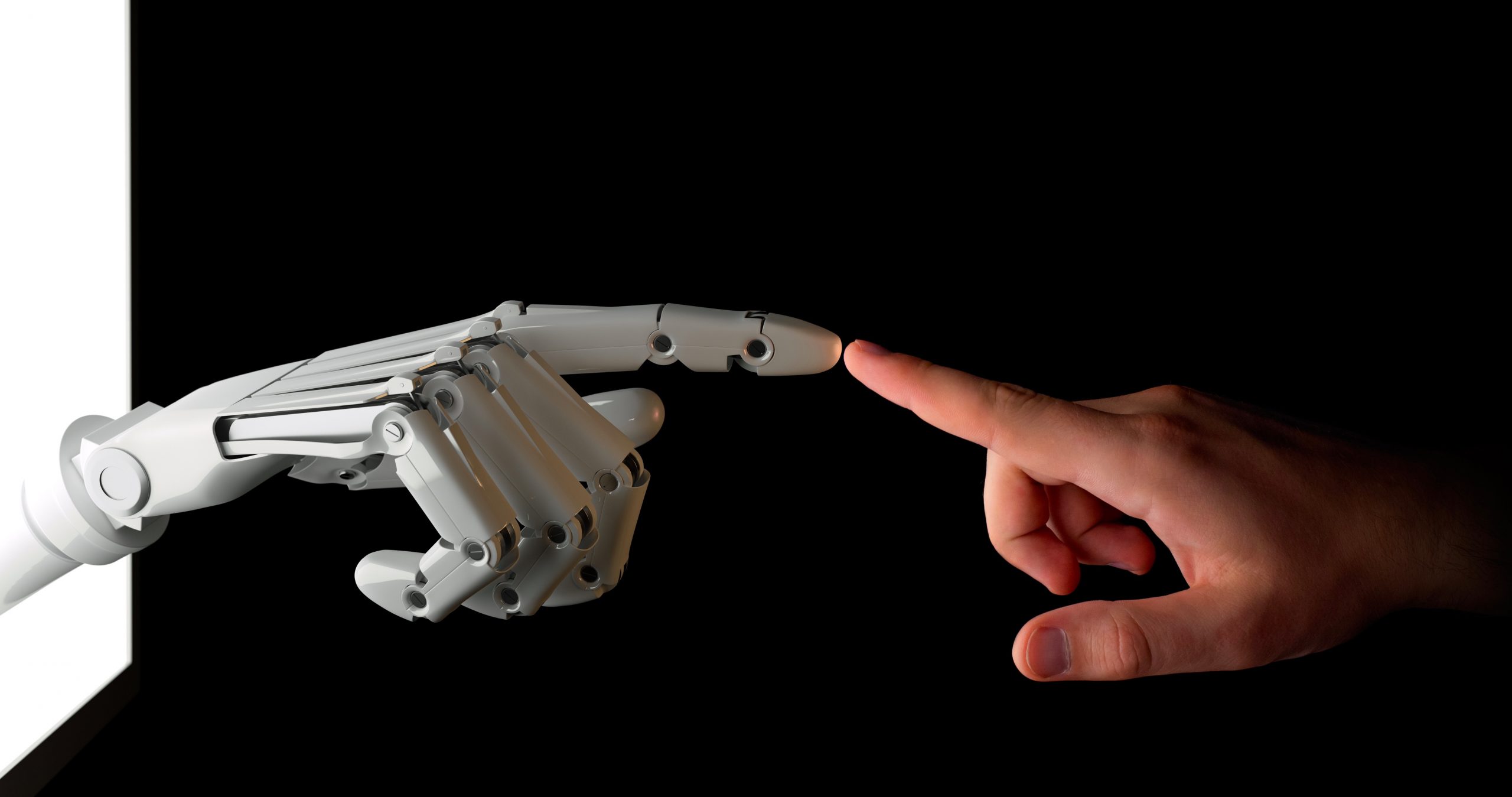 An odd combination of things came together for this post. I was working earlier today on a signifier set to gather material on the religious experience of people within formal religion – a part of the wider meaning project. One of the triads I created balanced Faith against Works against Pragmatism or possible Social belonging (I’m still working in that. In parallel we had the news that Google AI systems are learning aggression and Elon Musk arguing for the need for us to accept a future as cyborgs. The connection between artificial intelligence and one of the main debates around justification by faith alone or by faith and works may not be immediately apparent so bear with me.

For those who are not Church Historians it is probably worth reminding you of the faith/works dispute. Luther and Calvin, along with others, took a position that (wo)mankind is condemned by the fall and can only be redeemed by faith. Nothing we actually do in the world makes a difference, and in the case of Calvin all of this is pre-ordained. The Catholic and Orthodox position in contrast was that while faith was a pre-condition of justification it could not be seen in isolation from what you actually did in the work. James 2:24 is much quoted in this respect: Ye see then how that by works a man is justified, and not by faith only. This was probably the principle reason for my own shift from Protestant to Catholic in the 1970s, linked with the growth of Liberation Theology which in its origins was more or less exclusively Catholic. There is an irony here as a political explanation for Luther’s emphasis on faith is the abuse of the idea of works in the Catholic Church of the time through the selling of indulgences.

So the historical context of radical impulse itself generated dogma, the same verse was conservative in the 16th Century, revolutionary in the 20th. The Council of Trent in the 16th Century also asserted the teaching of Church as up there with the Bible as a source of revelation which was also attractive to me – I’ve never liked the idea of a one time written version of truth, something a little more adaptive has high resilience and morality. For further edification here are two key Canon’s from the Council and I do like the … let him be anathema close, it has a rhythm to it.

Canon 12: If anyone says that justifying faith is nothing else than confidence in divine mercy, which remits sins for Christ’s sake, or that it is this confidence alone that justifies us, let him be anathema.
Canon 24: If anyone says that the justice received is not preserved and also not increased before God through good works, but that those works are merely the fruits and signs of justification obtained, but not the cause of its increase, let him be anathema.

Now of course things have moved on since those times. There are joint Lutheran-Catholic position papers on justification for example. But well meaning compromises alike it is still a fundamental divide and problematic in current politics. Many people in the new atheist movement condemn Christianity based on a 16th Century understanding of Protestant sects; competing ideologies between religions of the book are at the heart of some of the nastier underlying aspects of the current Trump illegitimacy. But that is for another day.

Getting back to the point …

OK historical catch up and personal apologia over lets come back to the subject of artificial intelligence and humanity. The reason for the connection with faith works is along linked to the degree of social and physical connectivity we have and the nature of the information flows involved. Digital and analogue are not the same thing and (to go back to an older discipline) knowledge and wisdom are not simply higher orders of information; those who use the DIKW pyramid, let them be anathema. In effect there is a dichotomy here which seems to pervade human thinking between the sacred and the profane, the abstract and the concrete, the soul and the body; and now, in full pomp and glory, the world of the matrix where our imagination creates its own reality. Iain M Banks in what is dark (even by his standards) imagined a world in his culture novel Surface Detail, in which the various races of galaxy are consigning the souls of their deviant citizens to digital hells, every bit as bad as any medieval fantasy. The point made by banks is that humans are more than capable of creating evil in anything, including a virtual world.

I have too many friends who have a fantasy like engagement with the internet and connectivity, believing it to be inherently better than properly validated news media. They show contempt for the echo chamber of the Truminisitas but don’t realise they are in their own bubble of inauthentic and false consciousness. The lack of realism and pragmatism concerns me. The need for human mediation of information/data (for me shared knowledge has always been the way in which information arises collectively from data) to act as a dampening effect is key, either through proper sampling or by volume where selection is not possible through preference, but you have no alternative but to encounter the uncomfortable reality of peoples prejudices and beliefs even if their culture and context are alien to you.

Withdrawal to the singularity is not a viable option to survive ecological catastrophe, let alone the sociological disaster of a world mediated by information rather than the wider perspective of knowledge which includes interaction, experience and oh so many other things. Cyborg, yes I buy the concept of augmentation but even there we need to be careful. In the mountains I carry two GPS units and back up batteries, but I still have a map, a compass and the experiential knowledge to use them.

We know that fasting has a health benefit – your own cells shut down and use less energy, alien cells are exposed and die. Maybe in a world of augmentation we also need periods of time in which that augmentation is not available; less old skills and capabilities atrophy from lack of use? Maybe we need to insure that augmentation has a high physical elements particularly in social interaction. We need to make sure that the virtual world does not become the nosegay by which its aristocracy can ignore the smells of the street and pretend they are immune from the plague.

The danger with faith is that it allows you to disconnect, to create your own reality. AI there is as much a danger as it is a potential benefit. Without works we are nothing. Maybe indeed, linked to the idea of a basic wage for all there is an associated obligation of physical work and social interaction?

I am, exceptionally at home for a whole week before heading for New Zealand on ...

When we lived in St Albans, way back in the days before children, we occasionally ...