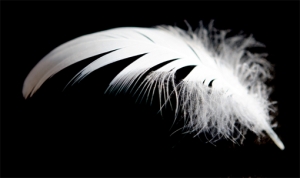 Most of my journals are on the iPad these days, but I keep a few in paper form.   One of those isPhilosophy Now.  It’s academic enough to be serious, but more orientated to understanding and acting in the world so I recommend it   The November/December issue (yes I am a little behind) is on War and Peace with a series of interesting articles.   Several of those address the assertion that humans are essentially violent by nature.  Now you might think that the evidence supports this, but in reality what it really says is that humans are capable (in fact all too capable) of undertaking violent acts with varying types of motivation.

However a disposition or capability to act in a certain way does not justify exercising that capability.   There seems a growing tendency to assume that description of some innate feature of a thing creates a causal outcome.   You see it in pseudo-scientific tests like Myers-Briggs (to take one of my bêtes noires) where being assigned to a category by a somewhat arbitrary and easily game-able process allows you to justify actions or inactions against some predisposition.  Yes you may have a certain inclination or preference, but you have responsibilities in different context that may require you to overcome them.

So if we were just beasts this might be the case, but however bestial in practice we can exercise moral choice and restraint.  To be capable of violence does not require you to be violent or excuse it if you are.   To be able to make money does not justify making money regardless of consequences, both the foreseeable direct ones and the indirect ones.  The price of intelligence is to accept responsibility for the exercise of judgement.  Even if we choose to exercise that option, then we have an obligation to show restraint; something which is at the heart of the theology of a Just War.  I may come back to that in a few weeks as Just War theory raises moral issues way beyond those of violence.

It is not just about action of course.Not doing something makings you responsible for the consequence of inaction.   A sin of omission is as mortal as one of commission after all. So that makes the question of pacifism a problematic one. We are by our nature social, so if your tribe is attacked and you choose to stand aside then you have responsibility.   In part an explanation of the use of white feathers in the British tradition.   I’ve often thought and debated this one and I think the nature of refusal to take part in an action mediated by your community has to carry with it a willingness to accept the sanctions of that community, you can’t run away because it is now inconvenient.  Hence by concerns about my namesakes actions, and about which I must at some stage write,

A long flight to San Jose by way of Los Angeles today in preparation for ...

Any speaker needs an audience

Day two of recording material for Intel training and I am now into the swing ...