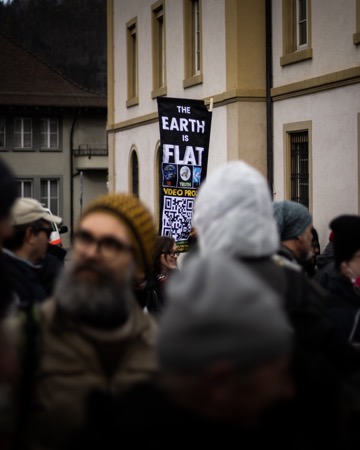 Tim Logan referenced our work in his recent post on Linkedin: Mining for the meaning beneath the jargon.  Beth and I also had the privilege of working with him and Olli-Pekka Heinonen from the International Baccalaureate at the recent Festival of Hope.  That in turn leads to a wider education theme this year with the Retreat coming up in April for those interested in getting involved.  It triggered me into thinking about language its use and abuse.  More particularly the way in which language can become meaningless in terms of action while appearing profound.  Tim quoted Anna who has said that sense-making without change-making is meaningless.

The session at Atlantic college was inspiring, working with the young people in somewhat spartan conditions, and feeling their infectious enthusiasm to make a difference.  In contrast, I have been wading through the swamps of meta-modernism as well as seeing lots of abuse of key language such as Sensemaking. As a result, I’m starting to feel two things: (i) that while there may or may not be a crisis of meaning much of the jargon-ridden hype in said swamps is about creating a slough of despond (Bunyon The Pilgrims Progress) so that the high priests can acquire worshipers, and (ii) that the word Sensemaking is becoming a fashion accessory for a lot of new age psychobabble and pious cant.  I admit to exaggerating a little bit for effect and I will freely admit that there are aspects of meta-modernism that are doing their best to skirt the swamp and that not all uses of Sensemaking fit my description.

Now language is an interesting thing and its abuse can get frustrating at times.  Knowledge management became information management despite the best efforts of myself, Larry and many others.  Sensemaking is suddenly a buzzword with the world and his or her spouse adopting the title with little or no respect for the current literature.   Both Rebel Wisdom and the Grey Swan Guild both applied the term to a collection of ideologies, position statements and methods but neither made any reference whatsoever to the wider field and history in the field.  I’ve lived through a few near click-bait postings that use the word along with a whole bunch of poetic language full of statements and ideas that no one could possibly disagree with but with absolutely no methods or tools that would make the ideas come into play.  Sensemaking starts to mean whatever the individual happens to fancy talking about and they demonstrate no interest in researching the field before using the word.

Now language does evolve, but we also need some consistency in use if we are to make any progress in meaning – and meaning-making is what sense-making or sensemaking is all about.  A significant issue is the desire of many on social media to accumulate likes, and that is best achieved by saying profound things in near-poetic language with no practice and no challenge.  The essence of good sense-making should be to make people uncomfortable but that requires some integrity in basic research and respect for other actors in the field.

Actions speak louder than words and if your post does not point to the possibility of action then it’s just something, to quote Macbeth something Told by an idiot, full of sound and fury, Signifying nothing (Act 5, scene 5, lines 16–27)  But that is all a lot of people want and it’s too easy to fall into it.  A nicely produced slide set, excellent images, a soothing voice with platitudes to the left and platitudes to the right of them; nothing that really requires people to change, nothing to make them uncomfortable.  Take that approach and the like count will increase dramatically.  Language as muzak lulls people into a sense of contentment, of feeling that they are one with enlightened thinking but that any action is for others or if for them, tomorrow or when other people come to think the same way.  It doesn’t matter what you believe as long as we all feel good about it and the Saviour complex of the originator is satiated.

I’ve been walking this week, between and through torrential rain on the foothills of the Carneddau above Llanfairfechan, Penmaenmawr and Conwy, an area strewn with ancient settlements, Roman roads and small tucked-away churches.  The landscape is redolent with meaning, adjacent to the Caban of the Welsh Slate Miners and the constituency of one of the great reforming Prime Ministers of modern times David Lloyd George.  It is a landscape that challenges complacency and it is one we need to live in.

The banner photograph was taken by yours truly on the Wales Coastal Path above Penmaenmawr, the opening photo is by Kajetan Sumila on Unsplash

Before I return to my decision series I wanted to get a little bit of ...