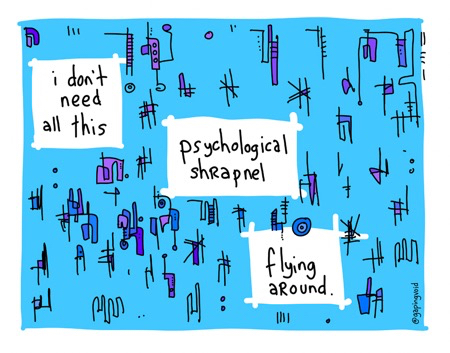 In yesterday’s post I said that I would look at the role of a leader in initiating and making change. I also indicated that I wanted to do that after reflecting a little on Obama’s State of the Union speech. Interestingly that speech evokes Kennedy’s big vision moon landing with its commitment to a cure for cancer. It also harks back to Lincoln with the reference to as times are anew speech which I often quote. I can see and understand that he is trying to set or influence the narrative of his leadership, something that will be problematic in a society which is Manachian in nature. The irony of Republican criticism of the speech as divisive will be lost on no external friend of America, amongst whose ranks I count myself a critical member.

The cult of leadership is of course an issue in its own right and the nature of a popular election makes it worse in forcing claims that are unlikely to be fulfilled in practice. The US constitution originally envisaged a situation where the people appointed people known to them and trusted by them, to assemble in the electoral college and select someone to be President. They rightly thought that it would be wrong to hand over all that power to populists and demagogues. That may have been paternalistic but to my mind it was insightful and truly democratic. A popular vote over many tens of millions of voters gives far too much power to the media and rewards the master of the soundbite, the feeder of deep seated prejudice through the culture of fear. The purveyors of fear, as we can see with Trump, are rarely worried by a charge of hypocrisy as they are not seeking to win over a critical audience. I saw the First Minister of Wales in a debate with the leader of UKIP struggle to argue rationally against a populist the other night and it was the same problem, albeit on a lesser stage. Both Trump and Farage play from a basis of their audiences fear of the alien.

In practice (as I suggested yesterday) any leader is situated in a flow of narrative which captures and can be captured the hearts and minds of people. If the dispositional state of the electorate is not ready to receive an idea no amount of argument will achieve a result. Ultimately a leader can nudge that narrative, they can disrupt it, they can (if they are lucky and the time and timing is right) catalyse radical change. Most of the time they are simply managing a series of crises or dealing with the conflicting demands of power. Something made worse by the sheer cost and sponsorship to achieve power in the first place. One has to question if a society is a democracy if only millionaires, or those funded by billionaires can aspire to the highest office. Reading the Palliser novels of the incomparable Trollope has modern day relevance: Phineas Finn has to marry a rich widow to be able to occupy a seat in parliament.

Similar patterns exist in organisations, although they are more meritocratic and the market for entrepreneurs is more open than politics. But we still have unrealistic expectations of leaders. I’m reading up on holocracy at the moment and will publish what is almost certainly (unless something changes in the final chapters of the book) to be an attack post when I have finished. The idea there is that the leader imposes a structure which theoretically removes leadership. Irony again, but I will leave that for another day. At least the book avoids the psychobabble of most modern leadership theory; the reason for my choice of image to head this post. If it is not psychobabble then it is some idealistic model of transitions through states of enlightenment; these days soma comes in U shaped tablets. Another attack post in the making there. Leaders have some influence over, but are not masters of their situation. Mastery of change is only really possible when the organisation has (in Cynefin terms) teetered on and then collapsed into chaos. At that time, and only then is radical change possible. Interestingly the stories of great leadership often emerge at similar times resulting in too many best selling books that fail to acknowledge the context of the experience which has now been sanitised into an industrial recipe.

For leaders to be effective in a complex world they need fast feedback loops and the ability to intervene quickly when the dispositions of the system are susceptible to change. Yes, there are all sort of qualities that are necessary conditions of leadership but none of them are sufficient to make a leader unless the context is right. We need to focus on understanding and manipulating (yes I know it is a negative word but a little honesty should not hurt) the situation to allow for new patterns to emerge. That means attention to the architecture of an organisation is important as it can determine what interventions are even possible in the first place. That architecture needs to ensure that the levels of mediation of information between subject and decision maker (at any level) are minimised. Sometimes the leader will dictate, sometimes they will serve, sometimes they will withdraw. Anyone peddling a single model of leadership is selling snake oil.

One of the insights which can come with age/experience is that the vast majority of ...

Three blogs using Gaping Void cartoons, but this was too good to ignore and it ...