Life can be a rollercoaster 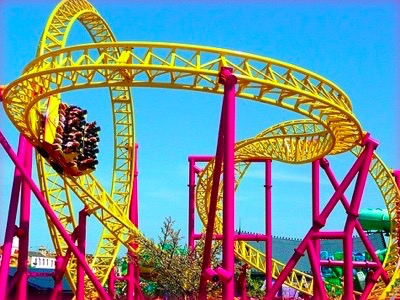 I’m really not sure how I survived today and luck played its part. I got to Austin yesterday in plenty of time to be told that my flight to Dallas was delayed and I might not make the connection, but not to worry I was booked on the next flight that got into the UK just after 1300. Now I had to get a flight to South Africa at 1800 which meant getting a bus at 1437 from Swindon to make the airport on time. I couldn’t drive back for complex reasons relating to the need to hire a car for the return from South Africa next Saturday to manage the trekking holiday in Nepal for which my flight leaves same day. I also had a podiatrist appointment at 1300 which is necessary when you expect to spend 15 days trekking and have issues with your feet. So a nightmare but I had TSA Pre and got through fast and negotiated myself onto an earlier flight so hopefully no issue.

An on time landing at Heathrow would have given me half an hour at home before the podiatrist, and I would then have twenty more minutes before my wife would give me a lift to Swindon. Of course it was late and I had to go direct to the podiatrist, so frantic emails managed remote selection and folding of clothes. So I made it back with twenty minutes to shower, print the bus ticket, pack and then get off. I made it and got to the lay-by outside Swindon where the Heathrow bus leaves just in time – I saw it approaching in the rear view mirror as we drew in. That beats my previous repacking record of forty minutes for a six week trip to Australia where I had the dates confused and the taxi called at the house a day earlier than I expected. If anyone has seen the George Clooney film Up in the Air on frequent travellers you know what is involved, and by the way I have a similar intolerance to people who do not prepare for security.

I’m pleased to say that my heart rate stayed under 80 for the whole of the process, which is not bad going (the Apple Watch is a hard task master). The essence of frequent travel is to sort of assume everything will work out and it normally does.

After yesterday’s drama the final arrival into Austin last night went reasonably smoothly (aside from ...

My main engagement today was to present on the application of complexity theory to forecasting ...