Lines in the sands of time 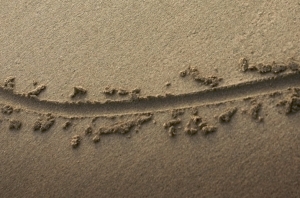 Up to Hull today to deliver my first lecture tomorrow in what I hope will be a long term relationship.   Yasmin Merali has moved there from Warwick and my loyalties have moved with her, although I am still to lecture on their MBA programme this year.    Yasmin is an old and loyal friend.   Unlike the Prof at Surrey University she stayed with me during the dead-john-years in IBM (I may tell that story one day, but it was nasty, brutish and short) at some cost.  She also introduced me to Max Boisot for which the debt is beyond my ability to pay.   We were both swapping stories of the consequences of his loss earlier today.  Both of us would speak to him most weeks for inspiration, advice and criticism.   Either way the systems centre at Hull now has Yasmin as a full Prof and she joins another old friend there namely Gerald Midgley.

So the three of us went out to dinner last night for a long conversation.   One of the issues which came up (and not for the first time) is how to create some boundaries, or lines in the sand that would allow people to distinguish both the differences and commonalities of different approaches that people generally lump under the banner of systems.   I distinguish systems thinking from complexity, but I have never been happy with the labels.  What we really need is a multi-dimensional typology and that was under discussion last night.   So if we look at attributes or dimensions of that typology there are some clear candidates:

I am sure there are more.   Other ideas?   I then plan to set up a SenseMaker® database for people to signify different methods and approaches in order to create a typology.

17 responses to “Lines in the sands of time”

A rather novel to start to the day; discovering that the Cathedral Road B&B I ...

There are some basic truths about culture in organisations that are pretty self-evident to anyone ...