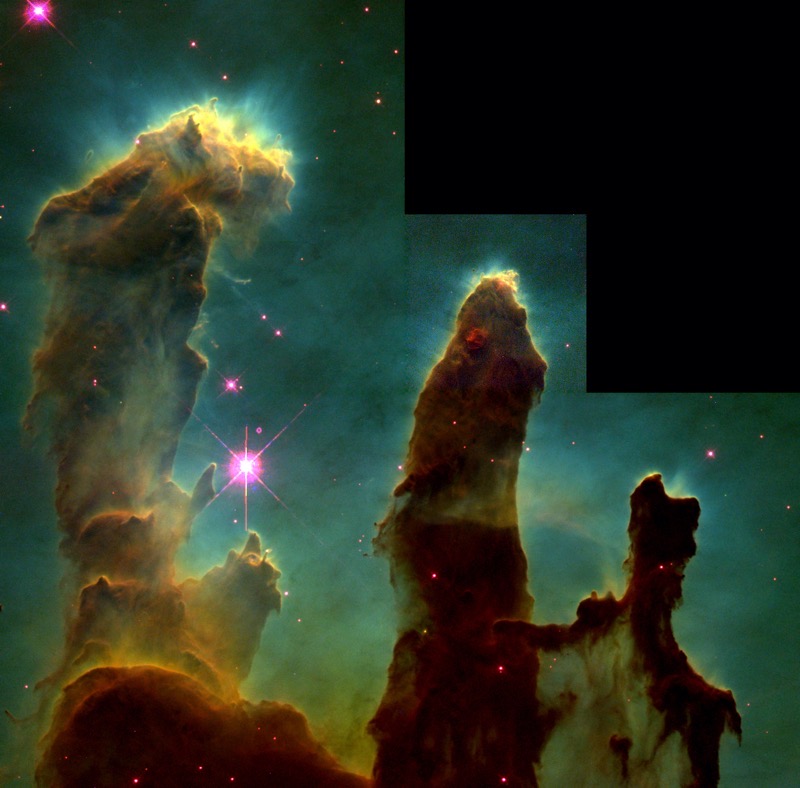 Some time ago while watching one of Iolo Williams reflections on the Welsh Landscape I noted his use of the above welsh phrase which means ‘a place for the soul to find peace’.  It is linked to Cynefin (the place of your multiple belongings) but it isn’t the same thing.  In the current climate of crisis and lockdown there is a strange contrast between the rhythm of being at home without the disruption of travel, but living with a constant state of stress both at a personal and a business level.   I’ve never been busier and a range of pragmatic programmes will shortly go up on the web site but I think it may be some time before my soul finds peace other than for brief periods in the meditative state of a fifty-kilometre cycle ride three to four times a week.

Perspective is a part of coping and when J.K Rowling tweeted a link to a site that allows you to see what the Hubble telescope ‘saw’ on your birthday I couldn’t resist – and my thanks to her were acknowledged!  The picture from 1995 is of the Eagle Nebula Pillars “three giant columns of cold gas giving birth to new stars. The pillars are bathed in the scorching ultraviolet light from a cluster of young, massive stars beyond the top of the image.”  Today is the anniversary of my discovering that I had Type II Diabetes and my starting a road back to health and reversal of the same.  I was in Auschwitz-Birkenau back in 2013 when the email came through and that put what would otherwise have been a traumatic moment into perspective and gave me the time and space to not only cope but turn that particular adversity into success.

Physicality also matters.  I’ve referenced the meditative quality of cycling and the same applies to hiking, or at least it does for me.  I’ve never understood why someone would disrupt that experience with music or story tapes. The value is in the rhythm of mind, body and the environment with a degree of risk thrown in for good measure.  People wrongly interpret peace as passive when it is in practice often active.  I’ve been working long hours, but doing work I think has value and could make a difference.  That itself is a form of peace.  I often point out that the Catholic Church has various types of Orders.  Some are contemplative, others teach, the Templars fought and then there are the mendicant Friars and of course the Jesuits.  The search for a sense of the numinous, the other can take many forms; contemplation and silence is just one.

Poetry also forms a part of creating a place for peace. I’ve often quoted Robert Frost in this blog and two poems, in particular, come to mind.  Mending Walls and the most misinterpreted poem of all time The Road not Taken.  I fell in love with poetry when at the age of eleven I had to learn Mending Walls as a classroom exercise.

Before I built a wall I’d ask to know

What I was walling in or walling out,

And to whom I was like to give offense.

Something there is that doesn’t love a wall

The final line there has never been far from my mind and it links with the idea of constraints and boundaries.  In finding peace are we walling in or walling out? Is a retreat withdrawal or means to equip yourself for wider engagement?  The second poem is about choice, but it is not about individual choice or even suicide, it is more about our ability to apply retrospective coherence to aspects of our past lives.  The ability to move beyond that, to accept choice and consequence is a form of reflection or placemaking.  All art, but poetry, in particular, presents us with paradox, with new ways of seeing the ordinary that allows us to gain insight.

Sense-making is, in my view, the way we make sense of the world so that we can act in it.  To do that effectively we need the space to stand back, to see things differently both from a wider perspective, from the abstractions of poetry and then we act.

Banner picture is a free download from Pixabay chosen as it was the entrance to Birkenau and for the idea of different paths.

Last year was a difficult by any standards as I have previously recounted.  I entered ...

Narrative as abductive acts of knowing

This is the second post of several that I am publishing this month to update ...