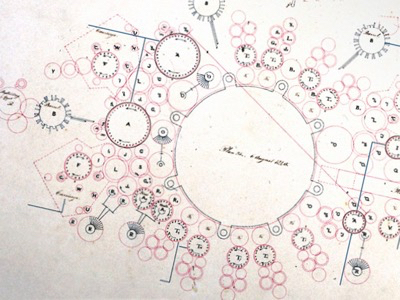 First day of the Cynefin and Sense-making course here in the Yukon to a government audience. Also one that has a site license for SenseMaker® so we can jump ahead on some elements as we can assume the software capability can be used without additional cost. I taught the same course last week in New York and between the two weeks I am making both minor and substantial changes to the material. The next chance out for those interested are in Sydney in April and Amsterdam in May – I will be teaching both. This refinement is also part of finalising the book as a lot of things are becoming more coherent – at least in my mind!

So one of the areas I have been expanding on is the idea of causal v dispositional systems on which subject I have made several posts. A key learning for me from last year’s Hay Festival came from a workshop on Constructor Theory from Dr Chiara Marietta . I’ll quote the high level description but there is more on their site:

The basic principle of constructor theory is that all fundamental laws of nature are expressible entirely in terms of statements of which tasks (i.e. classes of physical transformations) are possible and which are impossible, and why. This is a new mode of explanation, intended to supersede the prevailing conception of fundamental physics which seeks to explain the world in terms of its state (describing everything that is there) and laws of motion (describing how the everything changes with time). By regarding counter-factuals (‘X is possible’ or ‘X is impossible’) as first-class, exact statements, constructor theory brings all sorts of interesting fields, currently regarded as inherently approximative, potentially into fundamental physics. These include the theories of information, knowledge, thermodynamics, life, and of course the universal constructor.

Now this is interesting (although the use of the term counter-factual is a little odd) and it gives me a new way of talking about change in a CAS, something I will expand on tomorrow. At its heart is a very simply ideal. Faced with a problem you ask two questions:

Now that gives us new predictive capability and a fascinating new theory or change. With SenseMaker® we can create landscapes of plausible descriptive patterns. Within those landscapes we can see which tropes have the lowest energy cost of replication, if we are not happy then we first have to change the dispositional state of the system so that a desirable trope or emergent pattern will replicate at lower cost than the negative trope we are unhappy with. Shift the ecology so good things happen is a sustainable way. Stop trying to set targets based on a pre-defined outcome.

There is of course more to this, back to tomorrow with the latest work on ABIDE.

A little bit of trivia today, but an interesting illustration of culture and comfort (in ...

I’m enjoying being back in Whitehorse and its day two of the course. The name ...