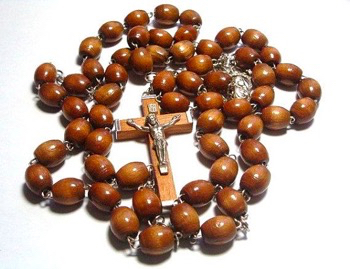 Before I start here I need to make something very clear. I want to raise some concerns about the current focus on Mindfulness, in particular a focus from government. I’m not arguing against the value of meditation, in particular the discipline of meditation which is a common element of many a religion. The spiritual exercises of Loyola and rosary beads in the Catholic tradition would be another example. Spirit journeys in First Nation and Native American communities another. All of these are part of a long tradition which has multiple benefits both for personal well being as well as for society as a whole.

But, and it is a big but, I am very concerned about the instrumental and atomistic focus that now seems to be entering into the field. A recent report is one example, it seems to shift Mindfulness from a useful practice to a panacea, to meet what is called a longing. It smacks a lot of CBT, a focus on managing an individual response to a situation which could remove the need to deal with the situation in the first place. A mindful nation might not be a protesting nation, environmental and economic pressure are no longer the fault of authority, but a failure of the individual to be mindful.

So one problem is the abuse of one of the great products of human evolution for purpose of creating quiescence. A second problem is an over focus on the individual and insufficient focus on their interactions and the need to engage in those interactions. Collective acts of meditation also serve a purpose in creating a community that has resilience. Focusing on the individual in isolation from the community is a form of neo-liberal disenfranchisement.

A third problem is where meditation (in particular Buddhism) gets subordinating the a hierarchical model of enlightenment. Think Integral Theory in the Wilber manifestation, coupled with the Spiral Dynamics nonsense. I’ve previously expressed concern about this in popular management literature. But there is a constant implication that any fault can be solved by adopting the practice of the enlightened ones rather than going out and doing something to change things. I sometimes wonder if we would be better if Daoism had been popular instead of Buddhism, given the ease with which consultants convert Buddhism into a cult of the enlightened Guru.

So lets respect the value of meditation, including our own traditions as well as those from outside. Recognise and value their role in mental and physical health. But an instrumental approach in which those techniques are suborned by those in power to remove the need to make more fundamental change is to be condemned. Unemployment, highly stressed jobs, poor quality food, chemical pollution all have a primary impact. We need to get to those root causes not just manage the symptoms.

Oh, and the ultimate irony: I am writing this while staying in a Buddhist retreat centre in Snowdonia …..

Laudato Si'is the latin title of the encyclical letter On Care for our Common Home ...

If you read the report I referenced in yesterday’s post you will find multiple claims ...