Musings in the cold 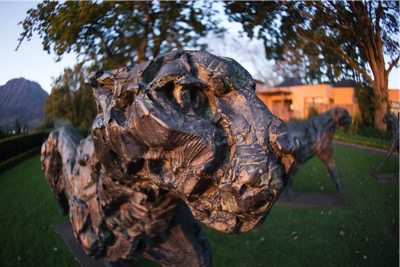 An interesting couple of days In South Africa. Yesterday we ran a small, invitation only session to discuss some of the new thinking on dispositional systems and their implications of a new Theory of Change. Today I presented some aspects of that to the Stellenbosch University Winter School before heading over to the 12 Apostles hotel to prepare for a workshop tomorrow. The workshop themes ran over into a meal with Sonja and Shani; my second visit to the Graff Estate. The previous night huddled around a wood burner in the freezing cold Sustainability Lodge we had focused on Game of Thrones; well Shani and I did, Sonja has “proudly” never watched an episode.

So what did we discuss? I don’t have the time to elaborate on what was an extensive (and recorded) discussion but I thought it useful to provide a high level summary. A lot of this will then be developed on Thursday when I am running a course in Rosebank. The agenda was mainly set by the participants, all of who have various levels of experience with Cognitive Edge over the years.

We went through more than that over the course of the day, and my early afternoon the room was warm enough to take off gloves! I realise it is a little cryptic but this is a post of record and the various items will be expanded on – also if there is specific interest get in touch. I’ll also be discussing them at webinars for premium members over the next year.

In my post of yesterday I wrote about the loss of purpose in the pursuit ...

… taken at the flood

I spent the bulk of today running a session for the leadership team of a ...