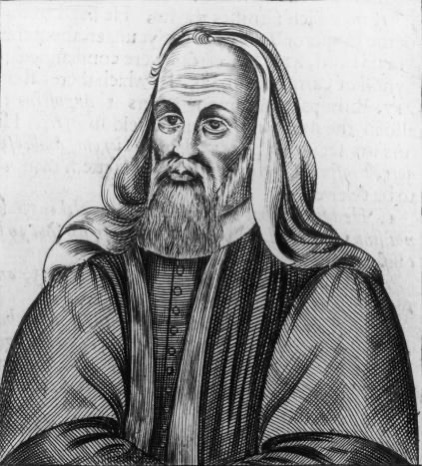 If I am honest about things I am probably guilty of Pelagianism in some form.  For those not on top of their heresies, Pelagius was a British monk who lived over the cusp of the fourth and fifth centuries and taught that original sin did not taint human nature and divine grace was not necessary to achieve salvation as we have free will.  We have no excuse for our sin and no salvation other than by doing something.  He was opposed by St Augustine, and to be honest, I think that saint is the source of much that went wrong with the early church.  Having to wade through City of God, and yes I did read it cover to cover, would be reason enough but he was the worse form of a hypocrite.  Having lived a debauched life and adopted a really evil heresy by becoming a Manichaean he repented at the age of 31 and immediately proceeded to trigger the adoption of neo-platonism and went all out to teach a disdain for fleshy desire and is to my mind responsible for the unhealthy obsession with sex instead of peace and justice within the Church.  He never really gave up on Manichaeanism and was pretty vicious in seeking out and vilifying Pelagianism and is much loved by Calvinists for his views on predestination.  Another trigger for me, the idea that you claim to be the elect of God has always worried me.  Unless you are indifferent to this then you really have to choose between Aquinas and Augustine which is in effect a choice between Plato and Aristotle.  Those of us involved in Liberation Theology back in the 70s were frequently accused of Pelagianism and I came to embrace it in part – which is one of the reasons I never really liked Rawls.  Converts tend to fanaticism (I may need to make my own confession here) and we see that in Augustine.

What is fascinating about this debate is that it continues into the modern-day.  The dichotomy between trust in humanity, or least the allocation of responsibility to the same, with magical dualism and overweening authority to control behavior.  OK, that is a bit extreme but I’m trying to make a point here.   This all came to mind in the context of what we might call an exchange on ethics in a group seeking to celebrate the 20th anniversary of the Agile Manifesto.  I was asked to join it some weeks ago and also asked to make some contribution through the use of SenseMaker® which I agreed.  The exchange has resulted in people drafting codes of conduct and the like (which is good) but some are taking it to excess and trying to codify everything in advance with a distinct air of homogenisation.  The fascination with rules, structure, and authority within the Agile community has always fascinated me at the same time as generating some confusion.  The whole thing is meant to be about self-organising teams, speedy delivery etc. but over the years it has degenerated (with several notable exceptions) into warring tribes brandishing certificates as totems of power and generally ostracising anyone outside of their tribe,  Interestingly two of the original signatories have started to express concern with Martin talking about Industrialised Agile and Alistair saying that its time is over and what comes next will have a different name.

To be clear I have always found value in the Manifesto and the ideas, but I think the cost of scaling may have been too high.  The commoditisation of the field is generally a sign of a pending phase shift transition and I agree with Alistair, we may need to move on and use different labels.   The same thing happened with Knowledge Management which has a remarkably similar trajectory.  The need to manage knowledge has never gone away and the same is true for the need for agility but the capital letters need to shift to new words.  In the forum earlier today I said:

In a real sense we may well be organising a wake – but in the Irish sense of that word, a celebration of a life, in the main, well-lived but now over and looking to the next generation.   That can be exhausting, as the only Catholic in the non-Irish branch of the family I know this to my cost as I end up saddled with multiple duties such as standing by an open grave shaking the hands of what seemed like entire population of Monaghan in the pouring rain while my agnostic parents were already back at the house in comfort.  The point about the process is that  the extended family (who have their disagreements and rivalries) move from grief to joy over three days, and get a little drunk in the process.

There is a time to move on if you don’t maintain coherence and don’t change.  Somethings persist but generally, rapid growth is linked to rapid decline.  The issue of ethics and codes of conduct is actually an issue of governing and enabling constraints.  I’m playing to my background as a philosopher here and combining that knowledge with complexity theory.  A governing constraint is a “Thou shalt not” statement and any community needs some of those.  An enabling constraint is normally manifested as a paradox or a heuristic.  An example of the former would be “Render to Caesar the things that are Caesar’s, and to God the things that are God’s”, it makes you think and cannot be fully resolved so you shift to a different way of thinking about the problem.  In Cynefin this is all about the aporetic, liminal aspect of the central Confused domain.  The classic example of a heuristic is the US Marines “Capture the high ground, stay in touch, keep moving”.  The point of that is that it is explicitly measurable and compliance can be enforced but it allows for novelty and independent command.

My own view is that for any community we need some minimal governing constraints or rules relating to epistemic justice issues (don’t call old men philosophers if you want to say that old wives tell tales), no cultural stereotyping, etc) and then a few more enabling constraints.  The Law of Two Feet is a good example of one such and while I think it has dangers in group facilitation it would be appropriate in a festival.  Well designed enabling constraints also have self-correction built into them with narrative-based triggers that allow early warning of behavior.  I remember designing this on one project where “You are doing a Jason” was a non-pejorative alternative to “You are being an anally retentive over-analytical bastard”.  That came out of using archetypes that historically have been used in all storytelling traditions to convey complex ethical lessons to literate and illiterate populations alike. It is also worth, for those interested in this field to look at modern attempts to update Aristotle’s Virtue ethics.

A key principle of modern work in this field is to avoid, at all cost platitudes; general statements of goodness which however well-intentioned can be signed up to by anyone but they mean nothing or create conflict.  Paternalistic laying down of the law doesn’t work with children let alone adults but it is far too common

We really need people to be a lot more comfortable with uncertainty than most online groups are.  Rules are too easy to manipulate and are all about centralised not distributed power.  They have utility but not universality;  most human practice needs heuristics and paradoxes to get us to think and feel differently about seemingly intractable problems.  I posted last week on some guidelines here and plan some more work there.  But today I wanted to make a point on a more generic level.  Arguing for free will and human responsibility should not result in condemnation to hell, but an acceptance of the freedom it offers.

The banner shot here was taken by me last Sunday in the late afternoon of ...