My bit in the Flow Book 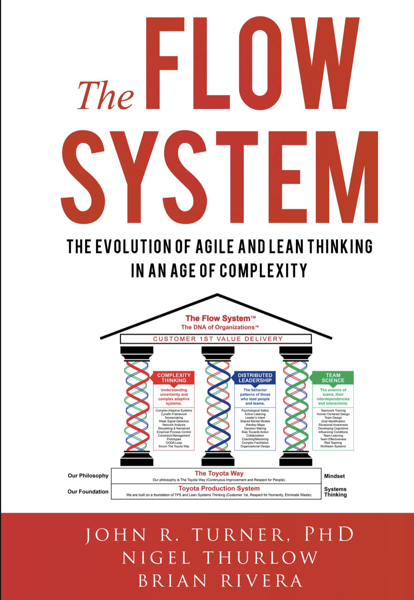 I’m interrupting the flow of my posts about an anthro-complexity approach to strategy to reference a new book published today from my good friends John, Nigel and Brian.  I’ve been closely associated with their work since Nigel was in Toyota and I have fond memories of extended theoretical discussions, with immediate potential for practice, as we talked through the whole idea of Lean and how it links into complexity and sense-making in general.  Those took place in Nigel’s house in Texas where you are surrounded by one of the best sets of Doctor Who memorabilia I have ever seen!   Brian of course is one of our senior network members and organised out exploratory of the links between OODA and Cynefin this time last year.  John and I are in various conversations about a new MBA and the partnership with North Texas which are looking very interesting and I need to free up time to work on it before month end.

Either way, if you hadn’t realised one of the pillars in the flow system is complexity with Cynefin front and central.  I’ve been involved in reviewing that and it’s been a pleasure to work with the team in creating that element not only in the book but in the associated methods.  As you would expect the book has some significant endorsements (including one from yours truly) and I also wrote one of the forwards.   When I was asked to do that the request was that I add too the content of the book rather than simply talk about it.  So by way of a teaser, this is an extract from that forward.

In anthro-complexity we start journeys with a sense of direction, open to novel discoveries and adaption as the nature of the system we are dealing with unfolds. This is a paradigm shift from the engineering approach that has dominated the last few decades in which futile attempts have been made to eliminate rather than embrace uncertainty. There are some fairly easily understood heuristics of managing in uncertain times and they include:

I look forward to ongoing work with the Flow team and in the meantime go out and buy it!

Banner picture is by Hamish Weir on Unsplash

This post (which will be several parts) is an extension of my posts on contextual ...

In my earlier post on focus I identified the need to shift from the alpha ...