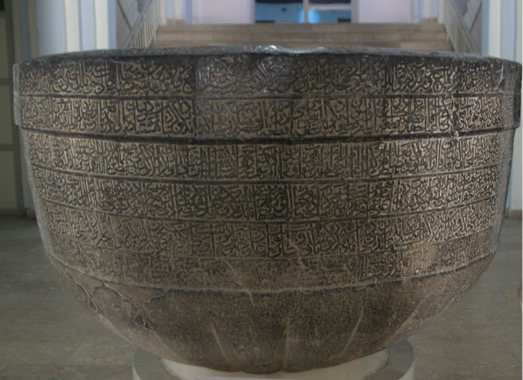 The first time I saw the Aran Islands was back in the 70s from the Cliffs of Mohr. I was part of a weekend house party organised by Mary Condren (one of the faculty or our retreat) on the west coast of Ireland. I still have find memories of the peat fire, collective cooking and debates on theology and politics ranging into the small hours over a few too many glasses of Black Bush; an ecumenical gesture for a group of Catholics if you believe the myths. But myths had reality in the Troubles and you ignored them at your peril. The famous choice given to the Catholic population of Ireland at the time of the Cromwellian conquest of Ireland of “going to hell or to Connacht” comes to mind given the heavy population of the Islands in the 17th century. The islands were basically rocks in the Atlantic, but a mixture of seaweed and sand pegged to the rock through hard labour over the years permitted subsistence farming which included the sheep from which the famous aran knitwear comes (I still have a forty year old sweater that is as good as the day I bought it before boarding the ferry to return to Rossaveal. The islands are a centre for traditional Irish story telling and a major centre for the arts in general. the classic documentary Man of Aran contrasting with its role as Craggy Island in Father Ted from Hat Trick Productions who more recently produced the absolutely wonderful Derry Girls. I’ve visited as a tourist, as a pilgrim and I’ve also taken parties of people there for the old Institute of Knowledge Management in IBM. It is a very special location and fairly easy to get to.

In yesterday’s post I linked to a small part of the body of work I have posted on the subject of narrative over the decade or more in which I have been writing this blog. For the coming retreat we’ve managed (again as last year went well) and excellent faculty. Yiannis Gabriel is one of the big three in organisational narrative work and one of the most approachable and thoughtful academics I have had the pleasure to spend time with. Mo Costandi has brought cognitive neuroscience to the lay public through his Guardian blog. I had lunch with him last week by way of preparation and we talked widely, including coming up with a plan to debunk Neuroleadership so keep an eye out for that. Mary Condren and I were colleagues back in the 70s when she edited Movement and her subsequent work on the decline of matriarchal power in WesternCivilisation. She studied theology, sociology and social anthropology and was a research associate in Women’s Studies at Harvard University. Her doctoral thesis addressed the role of sacrifice and she is now looking at the question or mercy. All in all we have a fascinating and diverse faculty and we will be using a modified form of the Tricotocon (a cross between conference, seminar and un-conference) that we evolved over the three retreats held last year. The method means everyone is engaged at various levels prior to synthesis. As in the previous retreats we will also use the physical environment in which we are located as a part of the events – including the evenings where the local pubs will provide an option to hear native Irish spoken as a first language.

As to what we will get out of it? The essence of a retreat is that it is an exploration from the perspective of multiple academic disciplines interacting with practice. So some of this depends on what people bring to the event. But we want to explore the nature of narrative as a constraint in organisations and society from the humanities and the sciences. A goal is to examine ways in which change can be stimulated; entrained patterns of needless difference reduced in their ability to dehumanise human interaction. How do people gain agency in their own forward narratives while respecting their past? At a very pragmatic level participants should come away with some new methods (and variations of old methods) that they can use in practice, at another level new ways of thinking about old and current problems. We’ll look (critically I suspect) at the role of AI in decision making and decision constraining. Lots and lots of possibilities. Be there!

As on previous retreats we do have a few limited places for people to take on roles in support of the retreat – at a discount. If you feel you have something to bring in that respect feel free to get in touch.

Banner picture is by Byron Howes and shows the Inismore Coastline from Dún Aonghasa prehistoric stone fort and the plan is to visit at some stage during the retreat. The picture is used under a creative commons license.

The opening picture is of the Buddha’s begging bowl which survived the Taliban’s destruction of artefacts in Kabul museum.

Narrative: picking up the scallop shell

Narrative has been an ever-present aspect my work over many decades now. I was lucky ...

One of my motivations in devising the Tricotocon approach to trans-disciplinary learning, which we will ...