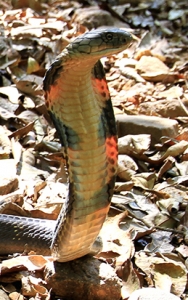 I’ve been developing more material around the whole issue of dealing with the humanity (a double edged word) in complex adaptive systems.  Any development of this type involves reading, thinking, speaking and then teaching which is the point at which it all comes together. There are substantial issue in human complex systems where the intelligence, identity and intentionality aspects of our species come into play that defy modelling and more importantly any reliance on a purely Look it worked lets go do more of it  approach to method development.  I’m wrapping up case based approaches to method development in that as well as they all assume some form of Newtonian universe.

There are three known phenomena that provide some rational for my apparently counter-intuitive criticism of repeating what worked.  So I will briefly outline what they are, then summarise some of the implications.   If you are not familiar then a simple web search will give you more detail on all three.   I didn’t invent or discover them!

Now any one of these challenges the idea that you can do something a couple of times, get a favourable response and then assume you can carry on doing the same thing.  Once people work things out or get bored (numbers one and three) the cool thing that worked for you may start to turn sour.  Then the dice may fall differently the next time, the content shifts and the other small changes you didn’t notice last time (but on which you relied) don’t happen and things flop.

Things don’t work consistently in a complex system at the sort of coarsely grained level that most methods work.   That means we need to make sure that any practice can be explained in terms of natural science before we can have any confidence that we can repeat what worked last time.  Or we go into the change knowing that it will only work for a period and we will have to change things again.

You might call this part of the necessary dynamic stability of intervening in a complex system and it means you have to be comfortable with uncertainty.   The likes of SAFe, Sick Stigma other simplistic aggregative recipes really fail that test.

The ethics of unintended consequences

I taught the first day of of the Cynefin and Sense-making course here in Zurich ...

Day three of the Cynefin and Sense-making course focuses on new forms or organisation and ...