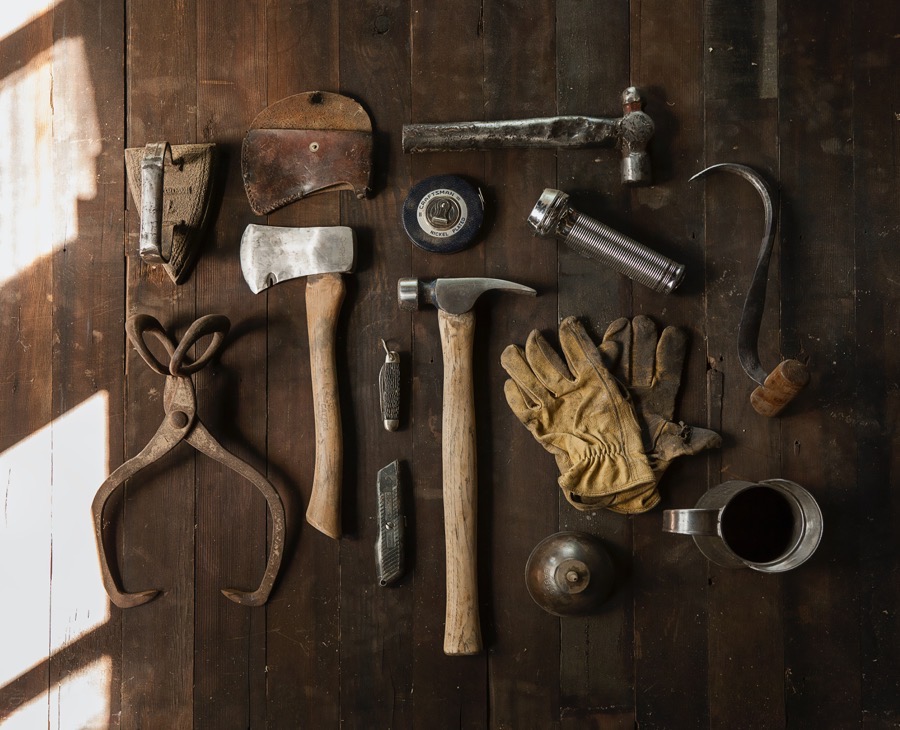 In bringing this three-part series of blog posts to an end I just want to remind readers that they are in effect an extension of the original post on learning which identified seven steps for mapping, three pervasive practices and three things to pay attention to.  I’ve been using a theme to the images, namely a natural scene for the banner and various toolsets for the opening picture.  The tool pictures have also been chosen too show a journey from metal bashing, to carpentry to gardening.   I am a good carpenter and a really bad gardener by the way.  My role in respect of the garden at the back of our house is lugging things around and taking pictures at the Chelsea Flower Show.  But for carpentry one of the things I learned from my father was to look for the natural grain of the wood before selecting what to work with and critically how to use it.  Going with the grain is a phrase with multiple layers of meaning.

As it happens the opening picture, of a column of balanced stones, on the aforesaid post on learning was inspired by Chelsea and watching Adrian Grey performing his art.  I also found some old notes of a conversation with Alicia Juarrero which inspired today’s banner picture, in that call, she made a distinction between coherence and cohesiveness to which I will return at the end and also said “stickiness gives you a sand dune, not a sand castle”.  That phrase sums up a lot of what I have been saying in this series of posts; the bulk of OD theory (and to a lesser extend practice as that forces some pragmatism) is building castles in the sand and it is a short step from that to Matthew 7:24-27 and its advise on getting the foundations right.

Now one of the key principles of anthropology-complexity is that we start journeys with a sense of direction rather than over-specifying goals.  Given that there is a clear implication that we should start with where people are, rather than where we would like them to be.  So one of the things we need to recognise is that the bulk of the OD movement is tied up with purpose statements, maturity models, beliefs that sub-conscious motivations prevent employees from coming to the light, and so on.  It also follows that if you want people to see things from a radically different perspective then it is more likely to be achieved through a process of self-discovery of the contradictions between reality and their phenomenological and ideological constructs; which also means you don’t use those words when talking with them!  One of the dangers of a lot of complexity practitioners is that they adopt is in the same fad cycle approach which the theory itself contradicts.  The last thing we want is everyone abandoning the past and starting up yet again.  It’s benign the pattern for a few decades and it needs to stop.

So while there are times, when to trigger a phase shift, you might want to pull the rug out from under people’s assumptions and engrained practices and beliefs in general gradual shifts are better.  Yes at times catastrophic change may be required but it is highly risky and the only guarantee is unintended consequences.  So in this post, I want to create a list of some ways to do that drawn on Cognitive Edge methods and tools (that is after all that they were designed for).  The list is not exhaustive or arranged in any particular order.  It’s more here to get over a principle we teach in complex facilitation namely descriptive self-awareness .  It should also answer in part the question I frequently get ‘well how do you sell this stuff?“

All of these are small, risk-free things to do in the here and now which will lead in their turn to other changes.  And to be clear the seven steps for mapping, three pervasive practices, and three things to pay attention to are all part and parcel of this either to generate the need or respond to the results. And I can add in a post-covid assessment based on the field guide which includes the three pervasive practices as a part of that.  Its not a linear flow …

So at the end, I want to return to coherence and cohesiveness and argue you need both.  Coherence is all about consistency, mutual interdependence, and entanglement (to quote Alicia again).  Cohesiveness is about telling a story, something which flows.   The overall argument of this series has been that conventional OD practice is highly cohesive, but incoherent, in the main, to social and organisational reality. I realise by the way I have only indirectly talked about roles and rituals so will take that to a future blog post

And for further reflection, think on Isaiah 40:3-4; I am on a campaign to get more people into reading the bible, not for religious reasons but because, as my mother a good agnostic used to say, you will never understand European literature without knowledge of the Bible, Homer, and Shakespeare, and if pushed she would add in Goethe and a few others.

To continue from my post of yesterday, and with less intent to be polemical, but ...

The process of strategy 1 of 3

This post follows on from the September series which looked at the whole issue of ...