on meaning from a realist perspective 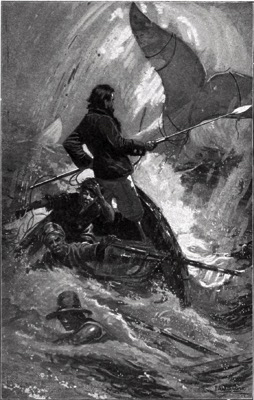 Yesterday’s post received a gratifying response, thanks to all who volunteered and I will be in touch soon to elaborate the peer review/engagement process. In that post I mentioned two linked projects: one for citizen engagement, the other for meaning. The latter is more problematic to describe as it does, and does not include the whole issue or spirituality, of a sense of the other or something more than the atomistic selfish individual of too many political theories. The reason for the ambiguity is that there is too much sensation (and I thought hard before I chose that word) around the whole issue of religion in the modern world. Mary Midgely famously accused Dawkins of creating a new religion scientism and I added to that the provocation that he saw himself as its first prophet; there is an Old Testament sense of certainty and righteousness about the Blessed Richard. I don’t recognise the God that Dawkins’s describes in his various writings, but I can recognise it in the nasty, brutish and judgemental collection of prejudices that comprise the religious right. I resent being forced to choose between two extreme poles of a false dichotomy. Mankind had a pretty poor record when it comes to intolerance and brutality but at the same time humankind has a outstanding record of acts of sacrifice, discovery and sympathy. Both aspects are shared by atheists and Institutional religion alike; the Church has a record of enabling and creating science as well as suppressing its discoveries. There are no simple causal links between any human phenomena and we need more nuanced understanding and discourse than the provided by professional polemicists.

As it happens Nigel Warburton (if you haven’t got his podcasts get them) was tweeting a series of quotes from Moby Dick on twitter yesterday. One of them struck me as relevant to this post and to complexity in general:

‘But the mingled, mingling threads of life are woven by warp and woof: calms crossed by storms, a storm for every calm.’

There is a sense of the Dao about that quote and it is probably no coincidence that a lot of us working in complexity reference Daoism as encompassing much of what we know about complex systems. A good friend, Peter Allen does as much in several writings and he was one of Prigogine’s doctoral students and I could give other examples.

To switch the theme briefly to five personal experiences in reverse chronological order.

Now I have listed those experiences, not to attract a religious debate. Remember I have a background in science and am a realist in philosophical terms. My work for the past two decades has been to find ways to apply natural science to social systems. The more you do that, the more you realise that religious experience, or spirituality or (to be as uncontroversial as possible) a sense of the other is a part of what we are as a species and understanding that is ill suited to a Cartesian separation of the mind from the body. That sense is physical, not just a simple abstraction.

So what does all this mean in the context of my post of yesterday? Why I have used a picture of Ahab and the White Whale? Well the latter is easy, for Ahab the pursuit of that whale provided meaning, obsessional, uncaring possibly narcissistic but it gave a sense of purpose. Karl Rahner who had (and has) a profound influence on my thinking combined Neo-Thomism with ideas from Heidegger argued that religion is fundamental to what we are, but authenticity is linked to cultural context. So the community of which we are a part gets it identity not just from utility, but from shared abstract understanding of our interdependence and relationship (for Rahner students that is my interpretation and I know I am simplifying the whole of the Nouvelle Théologie for which I apologise). We are not just material, selfish brutes motivated by some net-darwinian selfishness, let alone a primary replicator either meme or gene.

The question is what takes the place of those institutions? In the local church at Avebury there are screened off pews for the gentry, but they still met with the ordinary people on Sunday and shared a common base set of meanings that provided coherence. In a modern, fragmented world increasingly and paradoxically fragmented and perversely connected at the same time, meaning is now a problematic issue for our survival as a species. We need to understand what is the form that meaning takes and its potential vectors, that is the second of the two projects I referenced yesterday.

I started with a quote from Moby Dick, so I want to finish with another from Left Hand of Darkness by Ursula K Le Guin. For those who don’t know the book it explores the ability of sexuality and politics. The book title references a poem that she wrote for the book, recited by Estraven to Ai on the journey over the ice which provides a spine and central metaphor for the book:

Light is the left hand of darkness
and darkness the right hand of light.
Two are one, life and death, lying
together like lovers in kemmer,
like hands joined together,
like the end and the way.

The poem is a plea to avoid dualism, to understand that we are more than we are and that we can become more still.

PS – I have only touched on the realist aspects of this, more in future posts. Tomorrow will be ethics and unintended consequences

a need for empathy

There was a wonderful, if depressing, tweet from J.K.Rowling yesterday: If we all hit ctrl-alt-del ...

I promised in my last post to pick up the question of ethics, and more ...