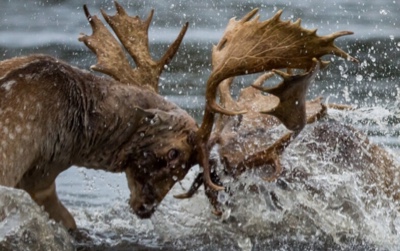 Interesting session today on the role of art in achieving change. I have long observed that one of the audiences that has the most difficulty in understanding some of the implications of complexity is people of good will, seeking to do good. They understandably want people to have shared aims, trust each other, have aligned interests and so on, it’s a worthy aim. I confess that it took me the best part of a decade to understand that such a belief system is problematic in a complex system; and by implication a problem in achieving any scalable change. There are also paradoxical understandings of the role of conflict in enabling any type of progress. Working with contradictory understandings of what is happening and what should happen is a matter of practicality. Too much and no progress is made, too little and nothing new will happen. As someone said in the room this morning some of the greatest art works have emerged from conflict, even inter-personal conflict or tension.

Now the group is a good one and the discussions are interesting (with conflict) so it’s making me think. As a part of that I finally managed to summarise a flow of actions to move forward from the present without first achiving alignment. So I offer this, while in the workshop, before lunch for comment.

Now tomorrow I’ll pick this up and talk about the role and morality of individual change in this field.

The American writer Jon Winokur defined a Curmudgeon as Anyone who hates hypocrisy and pretence ...

Reflecting on the previous two days and more conversations over multiple meetings before boarding a ...